Globalization is here to stay, but what course it takes is far from predetermined. That will depend on how it is shaped by actors competing in the global arena. The International Studies [I.S.] Program offers interdisciplinary degrees (both major and minor) intended to prepare students to work in that exciting new arena.

What can I do with an International Studies Major?

The degree is designed to equip I.S. graduates with critical skills, flexible thinking, creativity, and a cosmopolitan view of world issues. This will enable them to rise to the challenges of working comfortably across linguistic, cultural and disciplinary borders. To this end, the curriculum straddles traditional departmental divisions, combining insights drawn from different disciplines around a common regional or global concentration.

In particular, the program links four core disciplines (cultural anthropology, geography, history, and political science) in examining how the world works – as seen both from above and below and from local, national, regional, and planetary perspectives. Students are helped to undertake internships, encouraged to study abroad, and recommended to combine the I.S. major with a minor in a second field such as foreign languages, political science, social science, business, mass communication, or engineering. Many I.S. students opt for double majors. 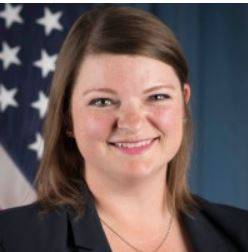 Holly Pelas joined the Foreign Service in April 2016. Following a two-year consular tour along the U.S.-Mexico border at Matamoros, Ms. Pelas began her tour as Assistant General Services Officer at the U.S. Embassy Paris August 2019. Prior to joining the Foreign Service, she worked as an Event Manager at The Ritz-Carlton Hotel Company in the U.S. Virgin Islands. She enjoys sharing her Louisiana culture with her colleagues and counterparts around the world through #dipleauxmacy. Ms. Pelas holds a Master of Arts in Development Management and Public Policy from Georgetown University in conjunction with the Universidad Nacional de San Martin of Buenos Aires, Argentina. She received a Bachelor of Arts in Latin American Studies and Spanish from Louisiana State University, and graduated from University Laboratory School. Ms. Pelas studied in Costa Rica, Mexico, and Argentina prior to joining the Foreign Service. She is joined at post by her #diplopets, Marcel and Stella.