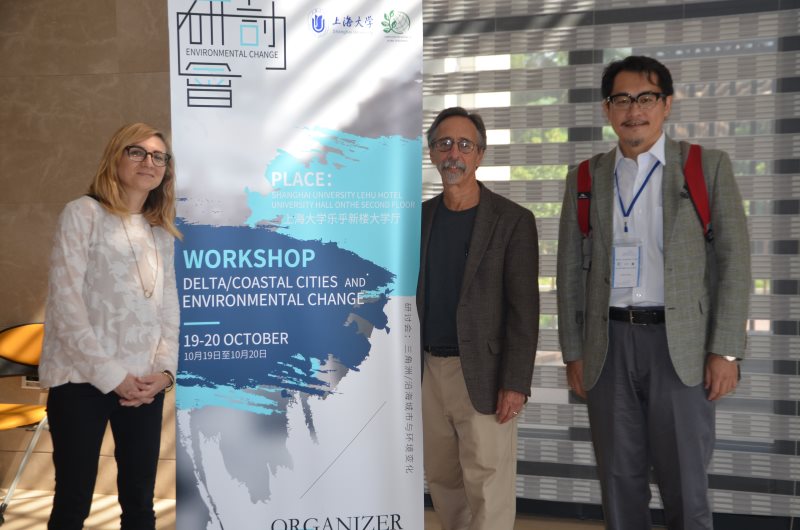 LSU geography professor Craig Colten has returned from a workshop on delta cities in Shanghai.  As part of a distinguished visiting professorship at the Center for the History of Global Development, Colten co-organized the workshop with Professor Iris Borrowy that took place October 18-20.  Participants from around the world assembled for a series of academic presentations and  discussions on the prospects of coastal cities and a field trip into the wetlands of the Yangtze River delta.

Presenters examined the role of major river deltas where major cities have developed as entrepots that connect their hinterlands with distant global markets. In diverse locations, the creation of deltaic urban complexes has transformed of pre-existing wetlands. These reclamation projects have produced land for expanding urban activities but at the expense of valuable ecosystem services that have been destroyed. With climate change and rising sea levels, there is emerging concern with the need to restore ecological functions that once worked to create and protect the very places that now are imperiled.  With the concentration of the globe’s population in coastal cities that are the economic engines of their respective countries, these urban complexes are critical locations in adaptive strategies. Historical geographic perspectives are essential to trace how human-environmental relationships have evolved in these locations and to identify adaptive strategies for the future.

In addition to Professor Colten, two LSU alumni also participated.  Yi-Chi Chen, who teaches at the University of Colorado campus in Beijing, and Jessica Simms who works with the Louisiana Department of Community Development discussed their research on coastal sustainability and community relocation.