Anthropology Major Named as One of Elite Tiger Twelve 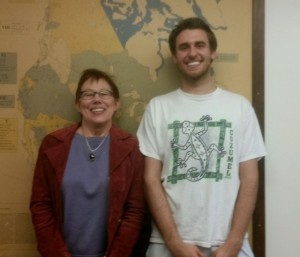 Daniel Anton, Anthropology Major, has been selected as one of the Tiger 12, the highly elite group of top graduating seniors in the entire class of 2018 at LSU.  They are selected through an intensive program of nomination, application, and interview.  Daniel is one of only three HSS students in the Tiger 12.  Students are selected for this honor not only on the basis of having a high grade point average and strong personal integrity, but also on their dedication to LSU’s Commitment to Community, which involves the practice of justice, equality, and compassion in human relations, and respect for the dignity of all persons and acceptance of individual differences.

Dr. Mary Jill Brody nominated Daniel for this distinction because of his excitement about everything anthropological, and for being an all-round exemplary LSU citizen.  Daniel credits his success during his 4 years at LSU to the “fantastic education and guidance he has received in the College of HSS.”  He adds, “Geaux Anthropology!”