The Blue Cross and Blue Shield of Louisiana Foundation establishes gift for Parkinson’s disease research in memory of former President and CEO.

Those who knew Percy Joseph (“P.J.”) Mills, Jr. remember him as dedicated to service, hard work, his family, and his community.

From his work in the private sector to his time serving in public administration, Mr. Mills held a storied and impactful career. Upon completing his education, he held positions with the Shreveport Chamber of Commerce, Pioneer Bank & Trust Company, the Louisiana Superport Authority, Leon Irwin & Company Insurance Agency, and was asked to serve as Chief of Staff to Louisiana Governor Buddy Roemer.

In 1993, Mr. Mills left the role with the Governor’s office to become President and CEO of Blue Cross and Blue Shield (BCBS) of Louisiana, where he spent the remainder of his career. During his time as President and CEO of BCBS Louisiana, he is known for successfully increasing public confidence in the company, leading it to a firm financial position and extraordinary growth.

“I want our customers to feel that they are a part of the Blue Cross family; that no matter what happens, we’re there for them,” said P.J. Mills in 1997. 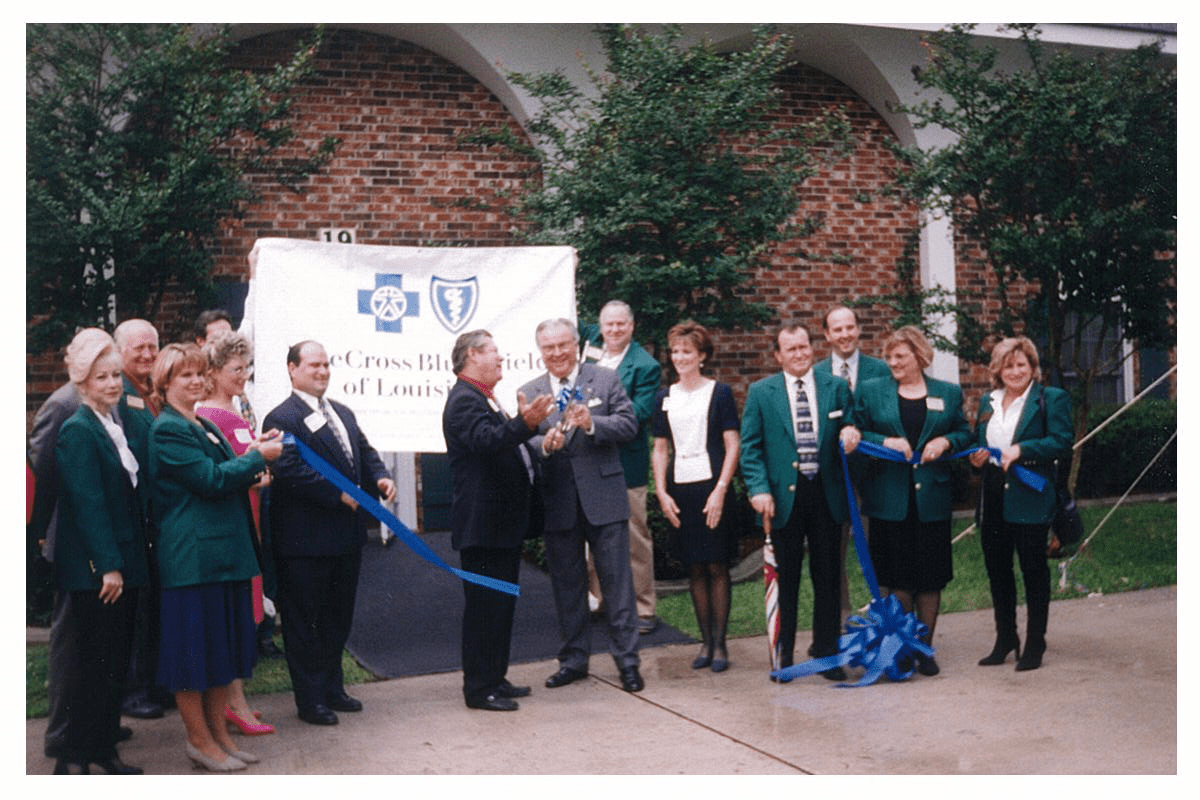 Mr. Mills retired from Blue Cross and Blue Shield of Louisiana in 2000. A man dedicated to service and his community, the BCBS Foundation honors him now with a gift to LSU’s School of Kinesiology that has a decades-long commitment to researching Parkinson’s disease and providing community programming for people and families impacted by this disease. The school’s annual Parkinson’s conference will now feature a keynote address named for him, a fitting tribute as Mr. Mills battled with Parkinson’s disease and Alzheimer’s disease. He passed away January 16, 2021, and our community and state will forever be better from his years of work and service.image from Blue Cross and Blue Shield of Louisiana

Mr. Mills passed away from complications associated with Alzheimer’s and Parkinson’s disease. However, his legacy is far from over.

In recognition of Mr. Mills, the BCBS of Louisiana Foundation Board of Directors honors his life and work by establishing the P.J. Mills Parkinson’s Support Fund at his beloved alma mater, Louisiana State University.

“The generous gift from the Blue Cross and Blue Shield of Louisiana Foundation shows the shared dedication of the BCBS Foundation and the LSU School of Kinesiology to do all we can to support individuals who are diagnosed with Parkinson’s disease by using physical activity as a means to slow the disease progression and maintain physical function,” states Melinda Solmon, PhD, Roy Paul Daniels Professor and director of the LSU School of Kinesiology. “Our faculty continue to generate research to better understand this disease and create programs to significantly enhance quality of life for Parkinson’s patients.”

This fund will support programs and activities related to the study and research of Parkinson’s disease in the LSU College of Human Sciences & Education’s School of Kinesiology.

LSU played a large role in Mr. Mills’ personal and professional life. The son of an LSU professor, he grew up just outside of campus. While at LSU, Mr. Mills received a degree in business administration and master’s degree in government and public administration, receiving the first J. Kimbrough Owen Fellowship for graduate study.

Mr. Mills also met his wife, Jennie, at LSU, and all six of his children attended the university. He held numerous leadership positions as an esteemed alumnus of LSU, serving on the Board of Directors of the LSU Foundation and as Chairman of the LSU National Alumni Fund.

Nearly one million people in the U.S. are living with Parkinson’s disease and more than 10,000 of those cases are in Louisiana, according to the Parkinson’s Foundation.

While Parkinson’s disease (PD) may not currently have a cure, LSU is committed to the search for non-medical symptomatic treatments that may also slow the progression of disease-related degeneration. The first statewide conference for Parkinson’s disease took place in 2012, but research on PD in kinesiology began as early as 2004. 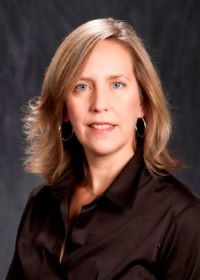 Jan Hondzinski, PhD, Motor Behavior Area Coordinator and professor at the LSU School of Kinesiology, studies motor control and specifically the control mechanisms during movements involving the entire body. Her work involves research on the effects of gaze direction, sensory alterations or neurodegeneration on movement of the body or body segments.

A major goal of this research is to improve daily life experiences for people with deficits due to normal aging or pathology, such as Parkinson’s disease. And Hondzinski is committed to helping those with Parkinson’s improve their quality of life - even through seemingly unorthodox manners.

One such way centers on the ancient art of Tai Chi.

Since 2004, the instructors of the modified Tai Chi program through the School of Kinesiology take the Chinese martial art focused on slow body movements and apply it to older adults, including those with peripheral neuropathy and Parkinson’s disease, says Hondzinski.

Both peripheral neuropathy (a disease that can cause tingling, pain and numbness in the feet, legs, hands and arms) and Parkinson’s disease include symptoms that limit mobility, balance and strength of those with the disease.

From Hondzinski, “since the baby boomers [are] living longer, what comes with that [are] a lot of ailments and problems.”

Through modified Tai Chi, participants utilize movements that help with walking, sitting, standing and changing directions through exercises they can perform without stressing their body or causing joint damage due to the gentle nature of Tai Chi movements.

In this video, "LSU Research Works - Aging and Geriatrics," watch Dr. Jan Hondzinski explain the benefits of the modified Tai Chi program and meet participants of the program.LSU

We want our grandparents and parents around longer, and they have so many things to contribute and teach us, says Hondzinski. This program “gets them motivated” and “more comfortable walking around and playing with their grandkids.”

Many individuals have been participating in modified Tai Chi over the years and have even traveled as a group to China, practicing their Tai Chi at the Great Wall of China.

The 9th Annual Louisiana Parkinson’s Conference is another outreach effort through the LSU School of Kinesiology designed to educate, empower and support Parkinson’s patients and a community of caregivers, researchers and clinicians.

Started in 2012, this event brings presenters from across the country to share and connect with participants from the region. Topics include the latest research and combative strategies surrounding this disease. Previous conferences have had several hundred attendees, and provided encouragement, guidance, networking and valuable words of encouragement, as reported by former participants.

The Louisiana Parkinson’s Conference is “a way people with Parkinson’s can learn how to live better with the disease,” says Hondzinski. Attendees learn about wellness solutions and new treatments, while also building a community of support.

PD researchers and clinicians also benefit from this event, sharing research and ensuring they stay updated on the latest studies and breakthroughs in the field.

In recognition and appreciation of the donation from BCBS of Louisiana and in honor of Mr. Mills, the keynote address at this annual conference will now be named the “P.J. Mills Keynote Address.”

This year’s P.J. Mills Keynote Address will be given by Linda K. Olson, a triple amputee who is committed to empowering fellow Parkinson’s patients and their families to live life as fully as possible.

Join us for the 9th Annual Louisiana Parkinson’s Conference taking place virtually on Saturday, July 17, 2021 to see the gift celebrating the incredible legacy of Mr. Mills in action.

About SOK
The LSU School of Kinesiology advances the understanding of physical activity, sport, and health to optimize the quality of life for diverse populations through excellence in teaching, learning, discovery and engagement.

Visit the School of Kinesiology at lsu.edu/kinesiology

Visit the College of Human Sciences & Education at chse.lsu.edu.

Visit the Blue Cross and Blue Shield of Louisiana Foundation at bcbslafoundation.org.