Jump In With Jordon Smith 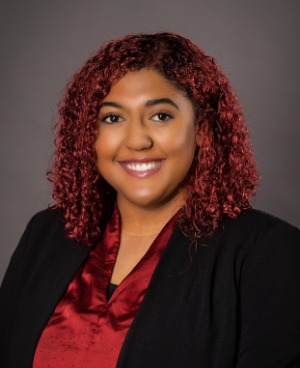 Baton Rouge – Jordon Smith is a 2021 College of Human Sciences & Education graduate of the School of Kinesiology's Sport Administration Program.

Smith is originally from Dallas, TX. Today, she tells us about her education, goals, achievements, and some advice to current and future Tigers.

In the time she spent with the College of Human Sciences & Education, Smith became involved in many organizations. She was elected president of the Sports Administration  Association and a CHSE Senator for LSU’s Student Government. Smith served as the recruitment chair for Feminists in Action and as a mentor for the university’s Office of Multicultural Affairs. She was also a member of the Student Black Caucus and CHSE Ambassadors.

Smith accumulated many accolades during her time at Louisiana State University. Smith was a Tom Dutton Award Recipient. The Tom Dutton award is presented to female undergraduate or graduate students for outstanding service to the university community through participation and leadership in community service activities while attending LSU. In the Fall of 2020, Smith was selected to serve on Leadership LSU, a program where participants are chosen based on their capacity to learn and impact others positively through their leadership experiences. She was also selected as CHSE Ambassador of the Month twice and was then honored as CHSE Ambassador of the Year.

“Sports, I believe, are important to a lot of character development and learning lifelong lessons. I wanted to be involved in the growth of student-athletes and professional players on and off the field.”

Smith is attending the University of Arkansas as a graduate assistant in academic counseling for football, gymnastics, and men’s tennis. She plans to earn her Master of Education in Recreation and Sport Management with a Graduate Certificate in Entrepreneurship. She will also be working toward an online Master of Science from Clemson University in Athletic Leadership. Education is of the utmost importance to Smith, so after she graduates with her master's degrees, she hoped to get an EdD in Educational Leadership.

“My advice to fellow students would be to follow your dreams. No dream is too big and you can  achieve anything if you work hard and do what you love. I live by the quote 'Shoot for the moon. Even if you miss you will land among the stars.' Nobody ever won by quitting, and no matter what the obstacles are, you are braver than you believe, stronger than you seem, smarter than you think, and loved more than you’ll ever know.”

As Smith's time with us came to a close, she wanted to make sure she included a big Geaux Tigers, Go Tigers, and Woo Pig Sooie!