Excerpt from the LSU Office of Research & Economic Development’s “The Quiet, Multi-Million-Dollar Song from the Sea,” by Elsa Hahne. 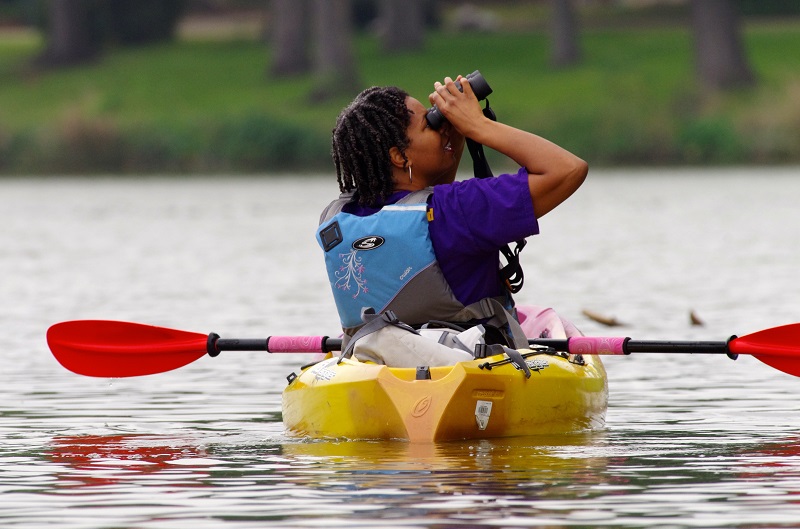 Crystal Johnson in her kayak

Crystal Johnson, associate professor in the Department of Environmental Sciences in the LSU College of the Coast & Environment, knows a bacterium doesn’t care where it gets its food—whether the ocean, an oyster, or the human mouth. She studies how microbes respond to their environment, including vibrios, which play an important role in nature’s clean-up system. They break down organic matter in all aquatic environments—lakes, rivers, marshes, and the sea—help recycle carbon, and degrade waste. Vibrios are everywhere.

“What’s exciting and frustrating at the same time is that 99 percent of these vibrios are not pathogenic or harmful; they’re not going to make people sick; their goal is not to make us sick,” Johnson said. “So, if you go to the ocean, you’re likely not going to have your arm or leg amputated with 24 hours from a tiny cut—but it does happen in rare cases, and that’s what we’re trying to prevent.”

Vibrios have a less appealing name, too—flesh-eating bacteria—and we’ve all heard horror stories. Since 2018, about 500 people along the Gulf Coast have died from vibrio infection, with many others losing limbs. Now, eating raw oysters isn’t often (if ever) the reason for losing an arm or leg; those disastrous vibrio infections usually stem from an open wound or sore, such as a cut, scrape, puncture, or bite. And yet, for lovers of raw seafood, oysters remain the most dangerous thing to eat.

“ Johnson is part of a multidisciplinary team that is going to combine satellite images and artificial intelligence-based modeling to predict where dangerous levels of vibrios might be present. ”

Johnson is now part of a large project funded by NASA and the Louisiana Board of Regents to make raw oysters safer to eat. Led by Zhiqiang Deng, a professor in the Department of Civil and Environmental Engineering, a multidisciplinary team is going to combine satellite images and artificial intelligence-based modeling to predict where dangerous levels of vibrios might be present. Johnson will be out on the boat or in her kayak taking measurements (temperature, salinity) and collecting water samples to confirm the team’s predictions.

“This is a problem we’ve been trying to tackle for a really long time,” Johnson said. “Vibrios are related to temperature, so the warmer the waters get, the more vibrios you’ll see. The best way to protect human health is to predict the conditions where vibrios are going to be in high concentrations at potentially dangerous levels. After all, you can’t just go treat the Gulf of Mexico with penicillin.