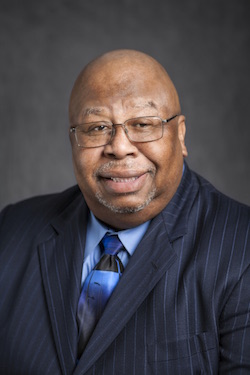 Professor Warner is a Boyd Professor in the Louisiana State University (LSU) system, which is the highest professorial rank in the LSU system. He has more than 300 refereed publications in a variety of journals relevant to the general areas of analytical and materials chemistry. His particular expertise is in the area of fluorescence spectroscopy, where his research has focused for more than 35 years. He is considered one of the world’s experts in the analytical applications of fluorescence spectroscopy. For example, he is the corresponding author for the highly cited biannual reviews on “Molecular Fluorescence, Phosphorescence, and Chemiluminescence Spectrometry“, which is published biennially in the journal, Analytical Chemistry. Over the past 20 years, he has maintained a strong research effort in the areas of organized media and separation science. He has also been performing research in the more specific area of analytical applications of ionic liquids for several years. It is this research on ionic liquids which has led to his conceptualization and implementation of a group of uniform materials based on organic salts (GUMBOS) as novel materials, which can be exploited for a variety of applications. He has had close to 60 graduate students (51 of whom have graduated with a Ph.D.) to matriculate in his research laboratory.

In addition to fundamental research, Professor Warner has conducted educational research which focuses on mechanisms for maintaining and enhancing student education in science, technology, engineering, and mathematics (STEM), with a particular focus on encouraging his students to pursue terminal degrees. Many of his students have gone on to pursue PhDs and post doctoral studies at some of this country’s most prestigious institutions including Harvard, MIT, Georgia Tech, University of Michigan, Rice University, and the University of Washington.  His desire to be an educator has propelled him into an academic career. However, he is now considered more than an educator since he is also a mentor to students all over the world. Mentoring is a mechanism by which he pays homage to those individuals who were mentors for him during his years of growth as an educator. One highlight of his career was his selection as an HHMI Professor for his many educational activities.  He is only one of three professors to maintain this honor over the past three HHMI Professor selection processes.

Excellent teaching at the undergraduate and graduate level has always been an important part of his career goals. In fact, when he first joined the faculty of Emory University and of Louisiana State University, he was asked what he wanted to teach in his first semester. In both cases, he taught the honor’s Freshman chemistry course during his first semester at each institution. In terms of undergraduate awards, he was particularly honored to receive the year 2000 Carnegie Foundation for the Advancement of Teaching/CASE Louisiana Professor of the Year Award for undergraduate teaching.  His accomplishments in undergraduate education can also be examined through the conduct of his research program since he considers his research to be an integral part of his teaching and educational responsibilities. This is because he believes that teaching students how to do research is a form of education. In fact, he believes that it is the ultimate form of education since it involves the discovery of new knowledge, i.e. knowledge not found in textbooks. Three key points that reflect his educational philosophy are outlined below.

Professional Positions (for past ten years):