April 15, 2020
BATON ROUGE – Dr. Benjamin Kahan, associate professor in the LSU Department of English and in the Women’s, Gender, & Sexuality Studies Program, was awarded a Guggenheim Fellowship for 2020 by the Board of Trustees of the John Simon Guggenheim Memorial Foundation on April 8, 2020. 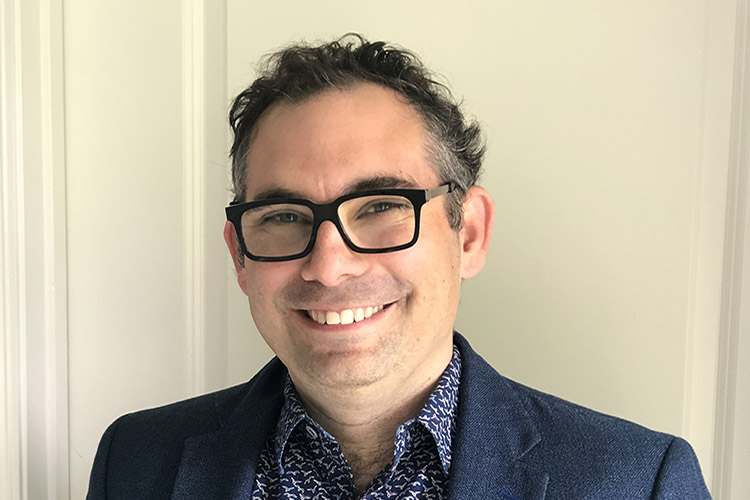 “We congratulate Dr. Benjamin Kahan on his selection for this prestigious honor. We’re proud of his accomplishments and we’re honored to have him as part of our LSU Family,” said LSU Interim President Tom Galligan.

From a group of almost 3,000 applicants, Kahan is one of 175 scholars, artists, and writers selected in the Foundation’s ninety-sixth competition. Appointed on the basis of prior achievement and exceptional promise, he represents the humanities in the field of literary criticism.
“To hold a Guggenheim Fellowship is the stuff of dreams. So many of the queer writers and artists that I’ve written about and taught - Marianne Moore, James Baldwin, W. H. Auden are former Fellows. So many of the scholars that built the field of sexuality studies - Henry Abelove, Valerie Traub, David Halperin, Lauren Berlant - are former winners. At a time when the humanities and arts are underappreciated and underfunded, the Guggenheim stands as a cultural bulwark, fostering humanistic inquiry and artistic creativity. It is an organization that recognizes the life-affirming, sustenance-giving, enduring value of the humanities. It is a truly humbling honor to be part of this legacy and to help make it newly vital. But more than that, I hope that this award will help to solidify and underline the importance of politically activist fields like sexuality studies and other identity-knowledge fields,” said Kahan.
As part of the competition, Kahan submitted plans for a project on his creative work that will be the focus of his Guggenheim Fellowship. His book, titled Sexual Aim and Its Misses, begins with a provocation, asking “is it possible that historians of sexuality have failed to recognize half of the system that organizes modern sexuality?” Answering affirmatively, this book offers a history and theory of “sexual aim,” arguing that aim furnishes a constitutive and almost wholly forgotten governing logic of sexuality. Sigmund Freud coins the term “sexual aim” to describe “modes of gratification” — the sexual acts in which one finds pleasure: kissing, copulation, voyeurism, exhibitionism, sadism, masochism, fetishism, etc. He understands aim as one of two elements that compose sexual desire with the other element being the “sexual object,” or the person from whom attraction emanates. While for Freud desire is composed of object (the person to whom you are attracted) and aim (what you want to do with/to them), historians of sexuality have conceptualized our sexual system almost exclusively in terms of object (organized by the poles of hetero and homosexuality). This book seeks to redress this omission, contending that while sexual object choice functions as sexuality’s dominant and public face, sexual aim plays a more private and less prominent role, but one that is essential to understanding the history of modern sexuality.
“Dr. Kahan has amply demonstrated the ‘exceptional capacity for productive scholarship’ that is the criteria for the Guggenheim Fellowship. His work has already received national and international recognition, and this award will cement his reputation as one of the nation’s leading scholars in sexuality studies,” said Dr. Joseph Kronick, chair of the LSU Department of English. “On behalf of my colleagues in the English Department, I heartily congratulate him for receiving this distinguished honor.”
Prior to joining LSU, Kahan held postdoctoral fellowships at Washington University in St. Louis, Emory University, the University of Pittsburgh, the University of Sydney, the National Humanities Center, and the Reed Foundation. He is the author of Celibacies: American Modernism and Sexual Life (Duke, 2013) and The Book of Minor Perverts: Sexology, Etiology, and the Emergences of Sexuality (Chicago, 2019). He is also the editor of Heinrich Kaan’s “Psychopathia Sexualis” (1884): A Classic Text in the History of Sexuality (Cornell, 2016), The Cambridge History of Queer American Literature (under contract with Cambridge), and a co-editor of Theory Q, a book series from Duke University Press.
“This is an outstanding accomplishment for Dr. Kahan, and it speaks to his exceptional scholarship,” said Troy Blanchard, dean of the College of Humanities & Social Sciences. “This is an extraordinary opportunity for Kahan to further his research and expand on his exemplary career.”
Kahan’s areas of research interest include the history of sexuality, American literature, and international modernism.
About the LSU College of Humanities & Social Sciences
The LSU College of Humanities & Social Sciences positions students, faculty, and staff to be visionary leaders in their respective fields, a tradition of excellence that began with the college’s inception in 1908. For more news and information about the LSU College of Humanities & Social Sciences, visit hss.lsu.edu
Like us on Facebook (@LSUHSS) or follow us on Twitter (@LSUHSS) and Instagram (@lsu_hss).
Contact Sarah Gaar Keller
LSU College of Humanities & Social Sciences
225-578-6906
sarahg@lsu.edu
Ernie Ballard
LSU Media Relations
225-578-5684
eballa1@lsu.edu
LSU
©