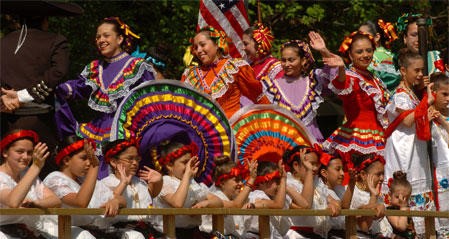 The concentration in Global Cultures includes arts, folklore, religious practice, and literature from cultures around the world, with an emphasis on the sharing of cultures across regions through migration, colonialism, and diasporas.  The concentration draws heavily on anthropology and literary analysis to provide a vocabulary for the study of culture.  It also examines how identities are created, maintained, or changed in a global world.

Students with a primary concentration in Global Cultures must demonstrate competency in a language appropriate to the region of their secondary area of concentration.  Competency means the equivalent of six courses in the same language.

Note: Course offerings will vary from semester to semester, and there are invariably new courses or special topics classes which are applicable to this concentration but do not appear on the list below.  A scheduling guide listing course offerings will be circulated before scheduling begins for each semester.  Also students who study abroad can ask to count courses taken abroad toward their concentration.  Generally any course focusing on migration, diaspora populations, cultural analysis, post-colonialism, or issues of identity related to globalization can be applied to the concentration.

Study Abroad options for this concentration are numerous.  Students are encouraged to use the "Advanced Search" function on the Academic Programs Abroad website to look for programs with courses on comparative literature, literature, anthropology, art history, film and media arts, human geography, linguistics, music, religious studies and theater.  Remember that English language programs are often available in countries you may not have considered.  Please visit the Academic Programs Abroad website for more information.