Updates on our recent MA and PhD graduates:

Marguerite Perkins (PhD 2017) is a Community Development Specialist at the Council for the Development of French in Louisiana.

'The years I spent in the department prepared me for my career in ways I couldn’t have even imagined when I entered the program. The opportunities I was given in graduate school - for teaching, for research, for academic travel - helped me to graduate with a clear idea of where I was going and how I was going to put my research to good use. I’m grateful to the department, and I’m glad I decided to study at LSU.'

Nicolas Franchitti (MA 2016) is a French instructor for the US army.

Nadia Miskowiec (PhD 2016) is French teacher at the Illinois Math and Science Academy.

Albert Camp (PhD 2015) is an Instructor and the Coordinator of English as a Second Language in the English Department at LSU.

Benjamin J. Sparks (PhD 2015) is an Instructor of World Languages and Literatures at the University of Memphis.

Gordon Walker (MA 2015) is pursuing a second MA at the University of Wisconsin-Madison.

Gretchen Tressler (MA 2014) was named a finalist for the 2015 Presidential Management Fellows Program.

Jarrette Allen (PhD) is an Assistant Professor of French in the Department of English & Foreign Languages at McNeese State University.

'My experience as a Master’s and doctoral student in the LSU Department of French Studies has direct bearing on my current work as a new teacher coach with Teach For America in that my research and classes exposed me to thought-provoking philosophy and literary theory that probed and pushed my understanding of race, gender, class, and nationality in a way that continues to inform my educational work in Baton Rouge-area communities.'

Andrew Hill (MA 2012) is an Instructor of French at Louisiana State University in Baton Rouge, LA.

Carla Bota-Vance (PhD 2011) is an Instructor of French at Louisiana State University in Baton Rouge, Louisiana. 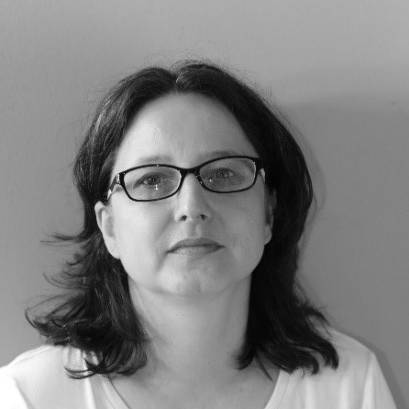 'I am very grateful to the LSU Department of French Studies for the wonderful courses I was able to take while a graduate student in the department and for the supportive faculty that has guided me through my studies.  It is without a doubt that the experiences I have had both in the classroom and while abroad have enriched my experience as a graduate student and as a teacher.'

Angélique Bergeron (PhD 2011) is the Director of the West Baton Rouge Museum in Port Allen, Louisiana.

'I am deeply endebted to the LSU Department of French Studies for the lessons learned and connections made both in my coursework and assistantships which prepared me in so many ways for my current work.  I am fortunate to still be in contact with professors and friends made in the LSU French Studies Department.  This has proved a valuable asset as we have increased our French offerings at the West Baton Rouge Museum.'

Jean Xavier Brager (PhD 2010) is a Lecturer with equivalent rank of Assistant Professor at Loyola University of New Orleans, Louisiana.

Logan Connors (PhD 2010) is Associate Professor of French and Director of Undergraduate Studies at the University of Miami.

Emilie Leumas (PhD 2009) is archivist at the Archdiocese of New Orleans, Louisiana.

Oana Cimpean (PhD 2009) is a Learning and Development Facilitator in the Academy for Teaching and Learning Excellence (ATLE) at the University of South Florida, Florida.

Stephanie Coker (PhD 2008) is Assistant Professor of French at the University of North Alabam in Alabama.

Carole Salmon (PhD 2007) is Associate Professor of French and Interim Chair at the University of Massachusetts at Lowell.

Christina Thomas (MA 2006) is teaching high school French in the Dallas-Fort Worth area.

Mike Bierschenk (MA 2006) is the Academic Program Coordinator in the Dept. of English at Ohio State University, in Columbus, Ohio.

Allison Roark (PhD 2005) is a French teacher at the Dunham School of Baton Rouge.

'The Department of French Studies at Louisiana State University prepared me extremely well to provide my students with meaningful and engaging lessons. I frequently incorporate texts, theory, and teaching methods from my graduate studies. I am indebted to the outstanding faculty of the Department of French Studies at LSU for providing me with a rich graduate school experience and thorough preparation for my current career.'

Moussa Sow (PhD 2004) is Assistant Professor of French at the College of New Jersey in Ewing, New Jersey.

Evan Bibbee (PhD 2002) is Assistant Professor of French at the University of Saint Thomas in St Paul, Minnesota.

Ina Pfitzner (PhD 2001) is an author and translator in Berlin, Germany.

Scooter Pegram (PhD 2001) is the director of the French program at the Indiana University - Northwest in Gary, Indiana.

Thomas Miller (PhD 2000) is Associate professor at Southern University in Baton Rouge Louisiana as of Fall 2014.