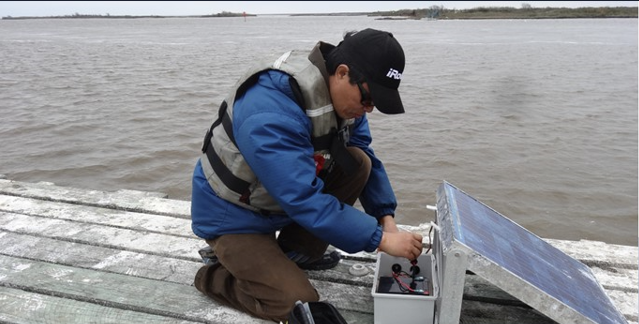 Li with one of his sensors, which he built to gather data for other research.

Oceanography & Coastal Sciences Professor Chunyan Li picked up the global atmospheric shockwaves sent out by the eruption of the Hunga Tonga-Hunga Ha’apai volcano on air pressure sensors at his home and office.

BATON ROUGE -- The largest volcanic eruption of the 21st century so far happened last winter, off the coast of the island nation of Tonga. LSU Professor Chunyan Li, a professor in the Department of Oceanography & Coastal Sciences, or DOCS, captured it in an unexpected way—with handmade air pressure monitors, from half a world away.

The Hunga Tonga-Hunga Ha’apai volcanic eruption began on December 20th of 2021, with explosions that could be heard 110 miles away. Activity continued through January, and on January 15th the biggest eruption occurred, creating a plume of smoke reaching 36 miles high.

It’s a reminder, he said of how we live in the atmosphere, and it is all around us. “This is a good opportunity to see that,” Li continued.

The pressure monitors showed the first shockwave hitting approximately 9 hours after the largest volcanic eruption. The wave shows as an extraordinary spike in pressure that lasted for about 24 minutes, and was followed by several hours of “ringing,” oscillations repeating every few minutes, Li said, or elevated atmospheric noise, afterwards.

The second shockwave came about 26 hours after the initial eruption and lasted for about 54 minutes.

Li showed six spherical shockwaves, all of which wrapped around the globe, from two different directions, meeting at the eruption’s antipode in Northern Africa, and then reverberating back in the other direction. 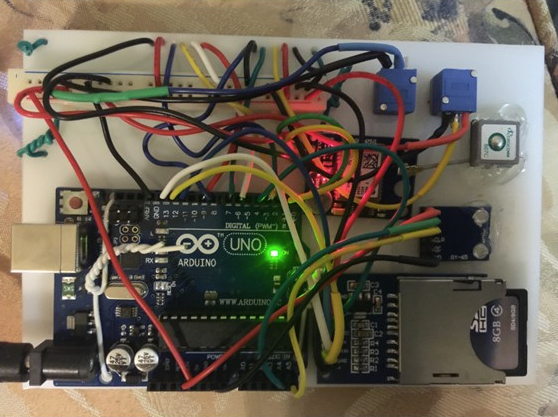 Li had made the air pressure sensors himself, as part of another study he was doing, and after the project was over, kept two up: one in his backyard, the other in his office. These handmade sensors were uniquely equipped to pick up a disturbance like the explosion, because of the high-resolution data he designed them to provide.

Standard weather monitoring stations take readings approximately every minute, or 5 minutes, or even every hour, which is not frequently enough to clearly pick up on a disturbance like this one. Li’s, on the other hand, takes a reading every three seconds. That creates what he refers to as “high-resolution data,” meaning it draws a great deal more detail into focus than a regular air pressure monitor.

Li did use the standard air pressure monitors to verify his readings. Eventually he pulled data from 189 other weather stations around the planet and what he found corroborated the findings of his own equipment.