The path to clean water: 50 years in the making 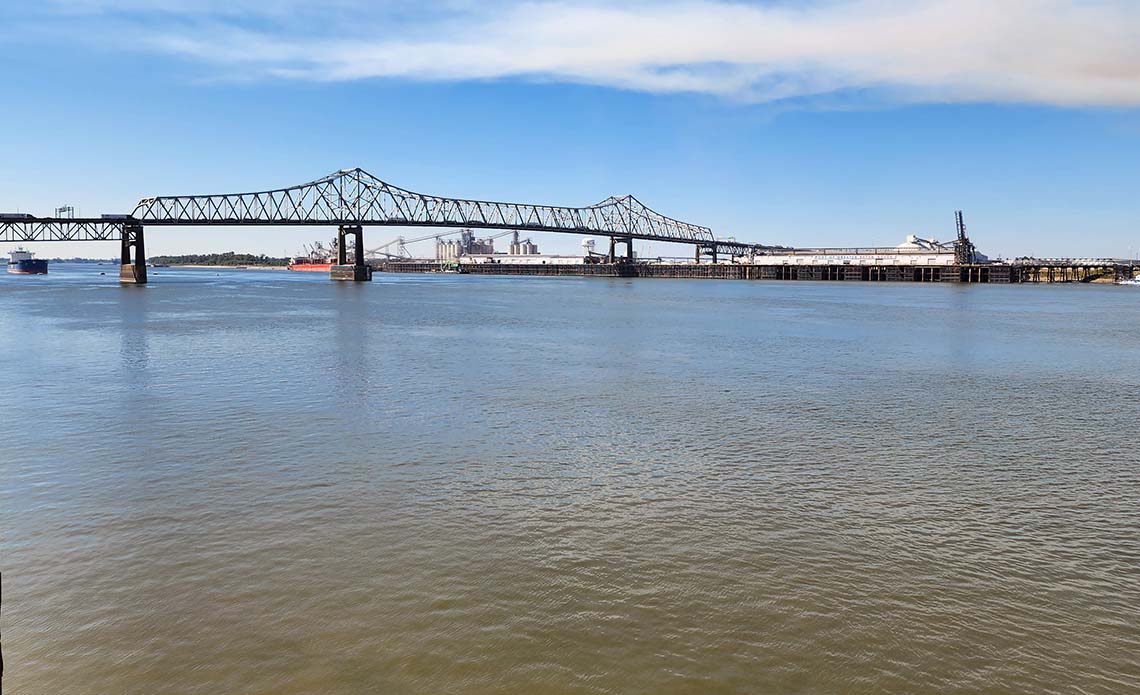 The Horace Wilkinson Bridge over the Mississippi River near downtown Baton Rouge.

On the 50th anniversary of its passage, CC&E faculty discuss the local significance of the Clean Water Act as well as its future.

BATON ROUGE -- The New Orleans Sewage and Water board had been monitoring water quality in the Mississippi River for decades when, in Ohio, in 1969, the Cuyahoga River caught fire for the 11th time.

The infamous Cuyahoga River Fire is widely recognized for being the impetus behind the landmark federal legislation known as the Clean Water Act. However, as the New Orleans Sewage and Water Board’s historical records demonstrate, the work for clean water had been going on for much longer, involving all levels of government in the search for hazards visible and invisible, such as sewage, lead and other chemicals.

The Clean Water Act turns 50 this month. Passed just two years after the creation of the Environmental Protection Agency, it is regarded by many as a landmark of federal environmental legislation. Gene Turner, professor emeritus of the Department of Oceanography & Coastal Sciences, said it was an iconic moment as the connection between pollutants going into the water, and conditions down-stream, entered the public consciousness. “People really began to see the interrelatedness of things.”

The LSU College of the Coast & Environment has been studying pollutants in the waterways for decades, teaching students about this and other coastal environmental issues, and sharing knowledge through scientific journals and the writing of textbooks such as “Aquatic Pollution: An Introductory Text,” written by Ed Laws, professor in the Department of Environmental Sciences.

Turner published a historical study about the effects of the Clean Water Act on the Mississippi River in 2021.

He said that, prior to its passage, a patchwork of federal, state and local entities worked to monitor the quality of water.  In the early days of monitoring, scientists testing water samples in New Orleans didn’t look for many things. Citizens would notice a strange taste, or people would begin to get sick, and the Board would test the water for something like bacterial contamination, to see what they could find.

By the time of the Clean Water Act’s passage, however, regulators were able to set up a regulatory framework with standards for measuring things like sewage, lead and other point-source pollutants—that is effluent coming from a single, identifiable source.

And, as far as those point source pollutants are concerned, the Act has worked.  After the passage of the Clean Water Act, along with its companion environmental legislation, bacterial concentrations in the Mississippi River decreased by about 3 orders of magnitude, oxygen contents increased, lead content decreased, amongst other things.

But, fifty years in, water quality monitoring still presents challenges. Pollutants such as pharmaceuticals and microplastics are non-point sources, meaning they can’t be traced back to a single source. Rather, they enter waterways through treated and untreated wastewater, storm runoff and many other sources. Under the Clean Water Act, regulation of these pollutants is difficult.

Equally challenging, said John White, professor in the Department of Oceanography and Coastal Sciences, are the issues created by agricultural runoff, which travels down the Mississippi River and out into the Gulf of Mexico, where it creates the phenomenon known as hypoxia, commonly known as the Dead Zone, an area of low oxygen where fish and other sea life cannot live.

White said that while the Environmental Protection Agency and other entities cannot directly regulate these pollutants, they are still searching for solutions. They are studying microplastics and pharmaceuticals to try to determine at what level they may become harmful. Agriculture scientists are working with farmers to reduce the volume of fertilizers used and improve growing techniques.

Turner said even point source, regulatable things, like sewage plants could pose an issue in the near future, as many older plants have maxed out their capacity and are in need of repairs, while rural areas struggle to bring new ones online.

The Clean Water Act has served an important purpose for the environment, he said. “It knocked the big pollutants down.”