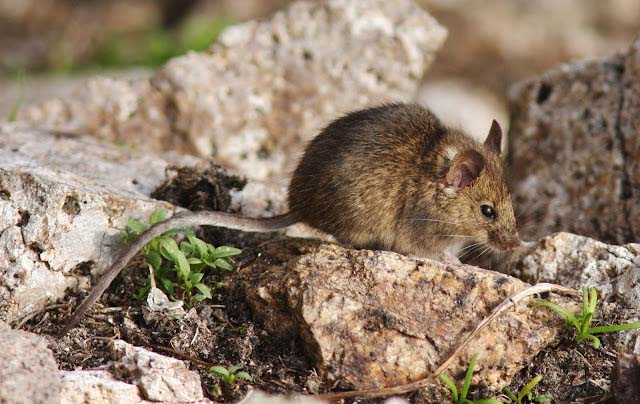 House mice are not native to the Farallon Islands but were unintentionally introduced in the 1800s or early 1900s. This study has found they are consuming and/or competing with native species on the island.

Rodents on the Farallon Islands, the largest seabird breeding colony in the contiguous U.S., have had a large impact on the native ecosystem, says new research at LSU.

BATON ROUGE – On an island 30 miles off the coast of San Francisco, a hoard of invasive house mice are packing an ecological wallop far larger than what their small statures would suggest. These are the conclusions of a study led by LSU Associate Professor of Oceanography and Coastal Sciences Michael Polito, along with researchers from Point Blue Conservation Science, San Jose State University and California State University Channel Islands. The study was published today in PeerJ - Life and Environment.

The island in question is Southeast Farallon Island, part of the Farallon Islands National Wildlife Refuge, home to the largest seabird breeding colony in the contiguous United States and many unique native species of plants and animals. House mice are not native to the island but were unintentionally introduced during the 1800s or early 1900s. Since then, the population of has grown to about 50,000 house mice inhabiting the island roughly the size of two football fields. The study found that mice consume and/or compete for food with native species and therefore provides support for the proposed plan by the U.S. Fish and Wildlife Service to eradicate mice from all of the South Farallon Islands.

The research team identified how mice impact this island ecosystem by first gaining a better understanding of mouse abundance and diets.

“Prior to this research, there was a lack of data on what exactly mice were eating on the island and how their diets changed throughout the year,” Polito said.

“Effectively mice are what they eat,” Polito said.

In addition, Polito and his colleagues examined the seasonal abundance of introduced mice over a 17-year period and related it to the availability of native seabirds, salamanders, insects and vegetation on the island. 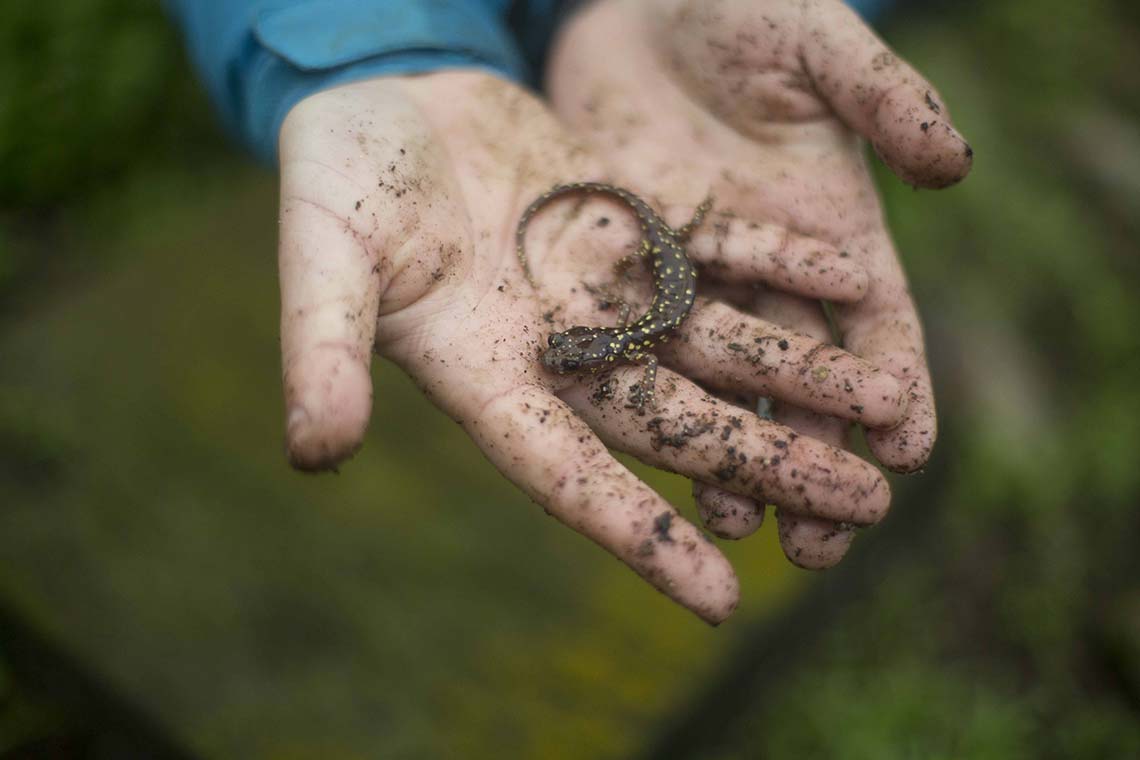 Mice compete with the native Farallon arboreal salamander for insects in the fall.

They conclude that mice are highly “omnivorous and opportunistic” eaters whose population numbers and diets vary dramatically throughout the year in response to changes in food availability and seasonal climate. The researchers discovered that in the spring when the mouse population is low, they eat mainly plants. As summer rolls around, when their numbers begin to increase, the mice start to dine more on native insects and seabirds. In the fall, when the mouse population is booming, their diets transition more fully to insects, putting them in direct competition with the Farallon arboreal salamander, a species found only on the islands. Mouse numbers then decline during the cooler, wetter conditions of winter.

While it remains unclear the degree to which mice are actively depredating seabirds, or just scavenging off abandoned eggs and carcasses, prior studies have found that just the presence of mice on the islands attracts migratory predators, such as Burrowing owls, which then prey on rare native seabirds. The very nature of the island environment itself also leads to invasive mice having an outsized impact.

“Native plants and many animals can’t leave the island to get away from the mice, and these plants and wildlife never had to evolve defensive behaviors against rodents in the way that mainland species have,” Polito said.

The researchers conclude that mice have wide-ranging influences on the island’s ecosystem due to their high abundance and opportunistic diets.

“Our study provides the latest and most comprehensive understanding of mouse diet and the impacts they’re having on the native community — in particular to the endemic arboreal salamander,” said Pete Warzybok, Farallon Islands Program Lead at Point Blue Conservation Science and a co-author of the paper. “These findings make a stronger-than-ever case for the eradication of the mice as a crucial step in restoring the Farallon Islands ecosystem.”

Access images, videos and captions related to this study.