Some of the litter in Baton Rouge neighborhoods may be coming from an unexpected source: the city’s garbage trucks

BATON ROUGE -- LSU’s Mark Benfield, a professor in the Department of Oceanography & Coastal Sciences, pulls up video footage on his computer. It’s of a road in Baton Rouge’s Beauregard Town neighborhood, and you can see sidewalks and yards edged in trees. He points to a small white spot on his screen. “There’s something there.” It’s a piece of trash, one of many Benfield is tracking as part of a preliminary study he’s working on with the Louisiana Stormwater Coalition. 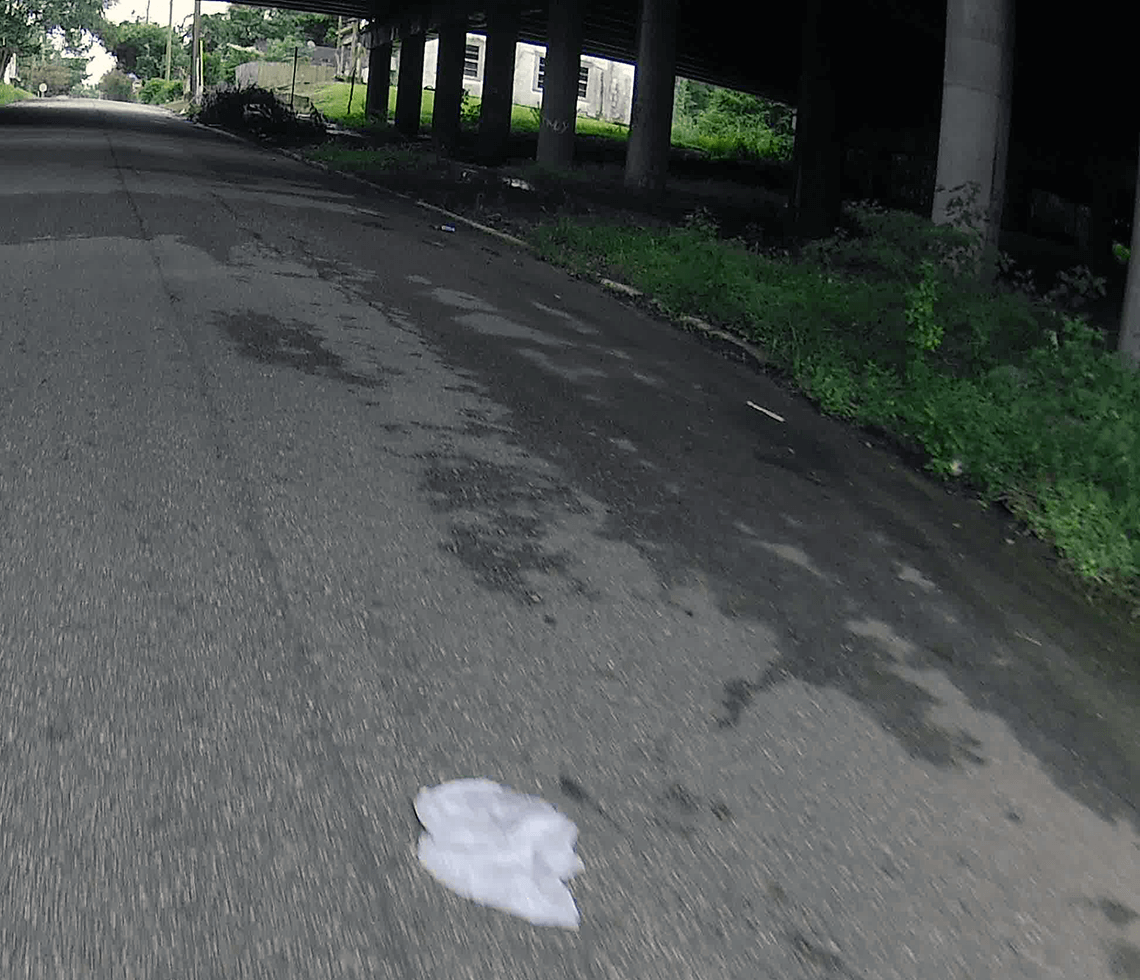 A still photo from Benfield's daily Go Pro videos shows a plastic bag in the street.

Benfield’s study focuses on the communities of Beauregard Town and its neighbor to the south, Old South Baton Rouge. He’s not simply tracking litter, but a very specific type: trash that falls out of garbage bins as they are emptied during collection days. This trash remains on the ground as litter that pollutes neighborhood streets and washes into storm drains. Benfield and the Stormwater Coalition hope to show the data he collects from these two neighborhoods to the City of Baton Rouge, in hopes of funding a larger study, and beginning to address what may be an avoidable, and unexpected, source of litter: the city’s garbage and recycling trucks.

Baton Rouge trash and recycling collection uses older trucks with open backs, and not all the garbage in the bin always makes it to the back of the truck. If items aren’t bagged, or if the can is overfull, trash can spill over the side, or miss the back of the truck, or the wind can catch it. Then that piece winds up in the street instead of in the landfill or recycling center.

These pieces of litter join other trash as they wash into storm drains during rainstorms, and create a host of problems in the local waterways. “It can interact with natural debris and create a less permeable barrier so it contributes to flooding,” Benfield said. Also, as the materials break down into smaller and smaller fragments, they can be consumed by aquatic life, adding toxic materials to animal diets or creating a false sense of fullness in the animal. Litter travels far from its origins, carried by wind and rain, creating problems wherever it lands. The booms on bayous leading to Lake Maurepas, for example are filled with litter, Benfield noted. “Sportsman’s Paradise isn’t a paradise any more.” 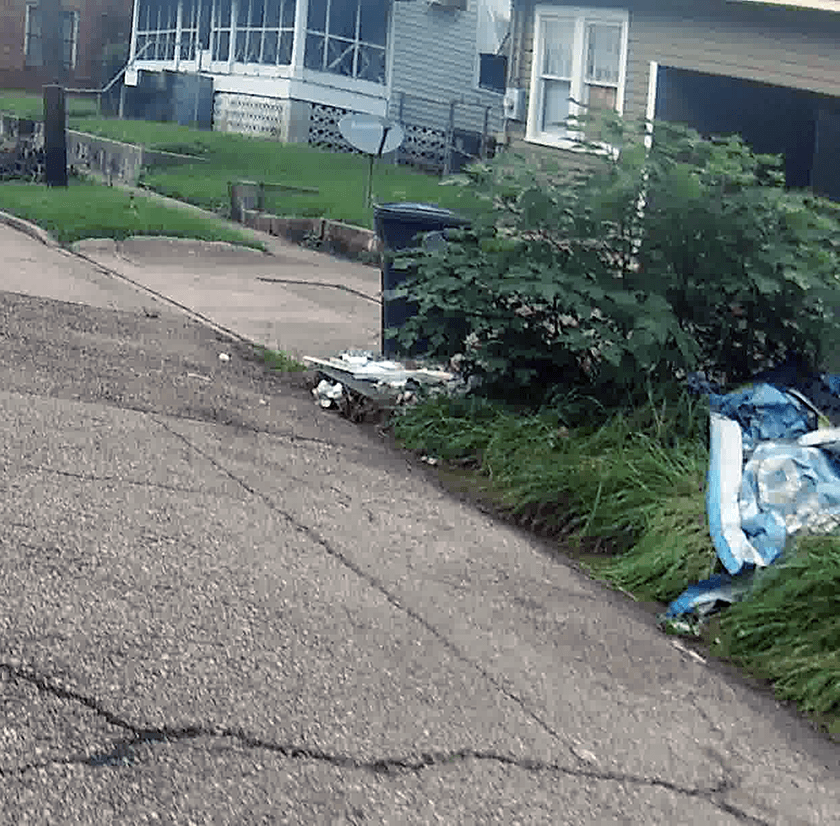 GoPro picture captures garbage on the side of the road.

Benfield tracks the litter with a small Go Pro camera mounted on his car. Every day, he drives the same route in Beauregard Town, on the side of the neighborhood located south of Government Street, and then crosses under the I10 bridge to drive through Old South Baton Rouge. He films as he goes, using the GPS to map the exact route he drives and match it to the Go Pro footage. Later, he uses the video footage and GPS data to track the location and amount of litter in the neighborhood.

Surveying every day allows him to monitor the amount of litter in the street before and after bi-weekly garbage pickup. Benfield has three undergraduate students who have been going through the footage with him to tag each individual piece of litter, creating a map of issues and monitoring how long a single piece stays in the same spot. They also use the footage to track whether cans with trash in them are overfull, and whether they are open or closed.

Benfield and the Louisiana Stormwater Coalition hope to use the study to convince the city to conduct a more in-depth look at other neighborhoods in the city, to get an idea of the extent of the problem. Hopefully that study would allow the city to pinpoint solutions to the problem. People may need to be reminded to bag their trash, or even given trash bags if they are too expensive to purchase, or the city may find that once-a-week pickup is sufficient to get all the trash in an area.