BATON ROUGE -- Last month, the research expedition tasked with making the annual measurements of the Gulf of Mexico’s “Dead Zone” came back with a not-unexpected but lower than usual number: this year, the zone measures approximately 3,275 square miles. In other words, it is the 8th smallest it has been since measurements began 36 years ago.

The "Dead Zone", also called a hypoxic zone, takes its name from a low concentration of dissolved oxygen at the bottom of the water column, a phenomenon known to kill fish and marine life, damaging fisheries and disrupting the food web. Even at this relatively diminutive size, it is still comparable in size to the state of New Jersey. It is 13 times larger than Lake Ponchartrain. 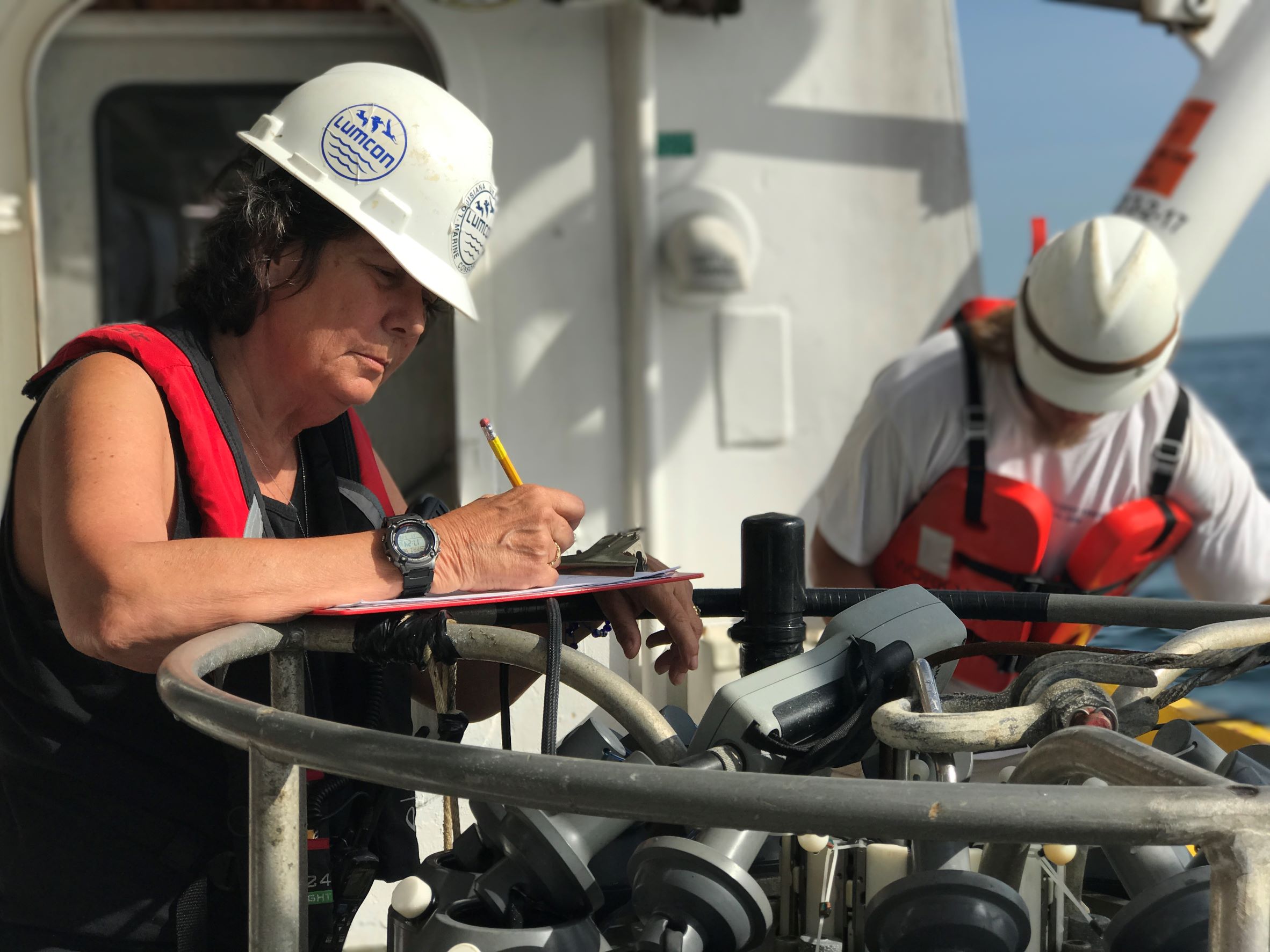 Cruise scientists determined the smaller than expected size can mainly be attributed to a drop in the volume of Mississippi River water flowing into the Gulf. The actual cause of the hypoxic zone, the amount of excess nutrients running off into the river upstream, hasn’t diminished. In fact, this load of excess nutrients hasn’t changed since 2008, when the Hypoxia Action Plan was adopted by a team of federal and state officials, in order to address the problem.

The survey cruise was led by a team of scientists from LSU and the Louisiana Universities Marine Consortium (LUMCON) aboard the research vessel Pelican. The measurements they take are used by the Mississippi River/Gulf of Mexico Hypoxia Task Force to determine progress towards the five-year average target of 1,900 square miles or smaller by 2035. This cruise gives the Hypoxia Task Force an annual picture of the zone; the five-year average describes the overall changes to the size and character of the zone over time. A five-year average is used because of the natural variability in the river discharge and nutrient load.

"This summer was an unusual year for Gulf hypoxia," said Nancy Rabalais, the project’s principal investigator and a professor in LSU’s Department of Oceanography and Coastal Sciences. Rabalais and Cassandra Glaspie, an assistant professor also in the Department of Oceanography and Coastal Sciences, were co-leads of the survey cruise. "The Mississippi River discharge was below the summer average."

Every year in early June scientists predict the size of the hypoxic zone, based upon the amount of nutrients carried by the Mississippi River to the Gulf in May. These nutrients (primarily nitrogen and phosphorus) come from cities, farms and other upland watersheds. Scientists make a prediction early in the summer, then wait before measuring, in order to give phytoplankton time to grow, then be consumed by bacteria that simultaneously respire the dissolved oxygen out of the water, causing the low oxygen concentrations at the sea floor.

This year’s annual forecast called for an average year in terms of what was going into the Gulf based on river nutrient load in May, but the drop in the Mississippi River water levels in June and July meant the river delivered less fresh water, sediments, and nutrients to the coastal ocean. There was a lack of stimulation of phytoplankton growth and diminished layering systems in the water of the Gulf caused by temperature and salinity differences. “The water was incredibly clear,” Rabalais said, “and the lack of layering in the water column allowed for the surface dissolved oxygen to penetrate the lower waters and algal growth was not sustained.”

Rabalais notes in her report (read it here at www.Gulfhypoxia.net) that there remains much to be done to lessen the nutrient load going down the Mississippi River and the Gulf of Mexico. “[T]here are many best practices that can be applied to loss of nutrients to the Gulf of Mexico, such as agriculture operations, municipal waste water, fossil fuel emissions, and shifts in consumer practices that can reduce nitrogen and phosphorus load reaching the Mississippi River,” she said