Excerpt from From Air to Land to Sea: 50 Years of Educating Coastal Leaders (publication forthcoming) 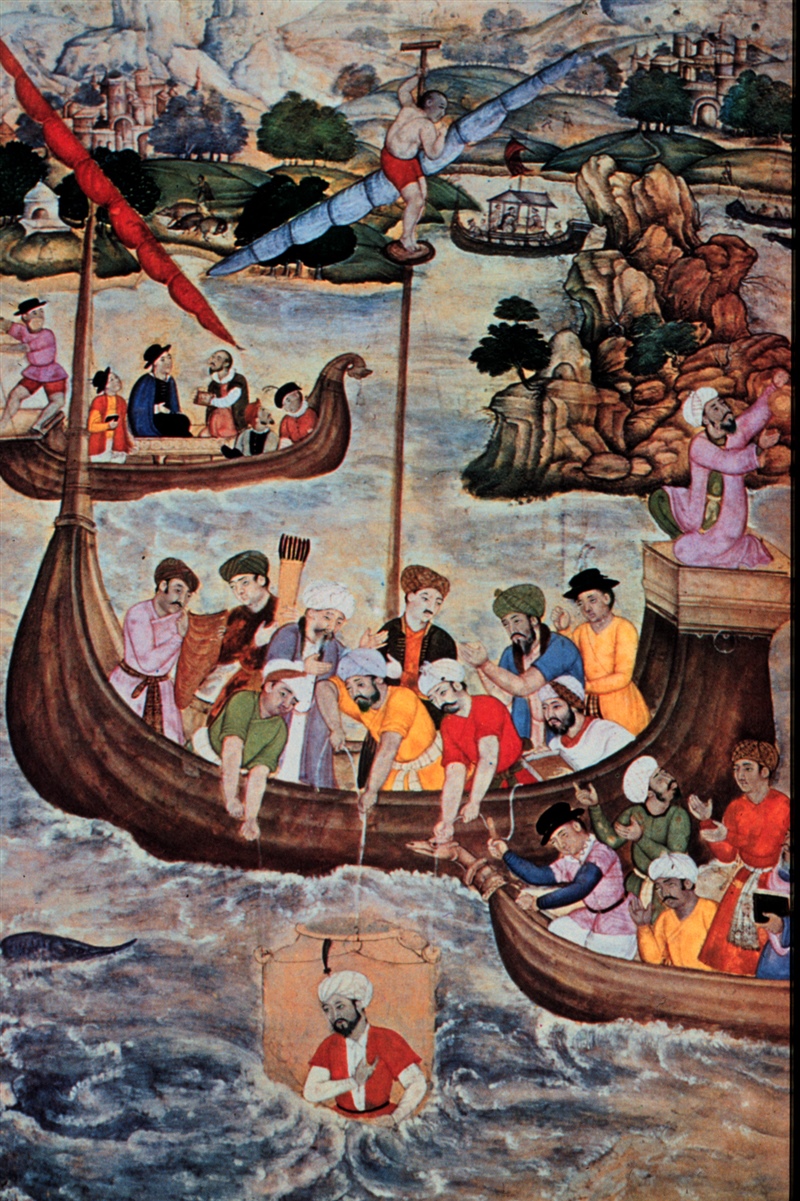 A 16th century painting of Alexander the Great, lowered in a glass diving bell

There may be only 0.55 ha (1.36 acres) per person in the world by 2100 at ‘moderate’ population projections and as resource use intensifies. Humanity is at the tipping point of a possibly fatal success from living off of resources on the equivalent of multiple Earths. Human-caused changes have crept into most aspects of the Earth’s chemistry, weather, and ecology; measurements are needed on the developing changes and future consequences. Intelligent living requires data to face these increasingly limited spaces and resources, an expanding human footprint, and further exposure to pollutants. Instruments and equipment will be part of garnering those data. An integration of science, engineering, and the humanities is also needed to find healthy outcomes. The LSU Department of Oceanography & Coastal Sciences (DOCS), indeed the world, has matured over 50 years to dive deeply into these problems.

Aristotle, often recognized as the father of science, taught the value of experiential learning from direct observation. One of his students, Alexander the Great, did exactly that when he used a diving bell of colored glass (360 BC) to see the sea directly. DOCS personnel are acutely aware of the value of this experiential learning for site-specific reasons, long-term monitoring, and modeling. Modelers sometimes illustrate this point by saying this about their data needs: “garbage in, garbage out.”

Data are collected and analyzed faster and more comprehensively today compared to 50 years ago when the Department of Marine Sciences (DMS) was formed and later morphed into DOCS. A much larger pool of diversely robust and sophisticated instruments and equipment is available today that can be used remotely and often with little human handling. The needed equipment and instrumentation are not always sophisticated or expensive, although they usually are. The older equipment is still needed including everything from rulers to ovens to microscopes and boats. Access to analytical software has improved, and multiple software packages can now be used on personal computers, not on the paper punch cards that were once entered into a mainframe computer after waiting for a day or so. Results from elegantly useful experimental designs are more easily analyzed.

The department formed as the analytical equipment used by hospitals was being automated; the engineering was soon adopted for water quality analyses. Hundreds of water samples can now be analyzed in a day, replacing traditional and slower hand-oriented analyses. There are now two laboratories that conduct a suite of routine water quality analyses in DOCS, and several specializing in other analyses, including micro-analytical readers that quickly conduct multiple assays of harmful algal bloom toxins. The establishment of multiyear ecosystem monitoring of key parameters was supported by these facilities and revealed nuanced influences of how ecosystems work. For example, the 36-year record of hypoxia monitoring and research started in 1985 and continues today. Other significant data streams of more than five years have been completed in marshes, the Mississippi River, Lake Pontchartrain, the Barataria/Terrebonne watershed and the Atchafalaya/Wax Lake Deltas.

A well-equipped soils and sediment laboratory was established in 1991, where sediment dating became a priority after learning how to document a peak in 137Cs residues coming from the fallout of nuclear bomb testing. Today isotopes of lead and other elements increase the range of dating methods, and there are at least three DOCS laboratories with that capability. A mass spectrometer analyzer traces slight changes in the relative atomic mass (isotopes) of C, N, S, and O through food webs. Changes in other isotopes reveal chemical flows crucial to understanding climate change, sediment flows, and radioactivity. There are probably only a handful of centers in the U.S. that can simultaneously analyze how isotopes and amino acids are unique to particular prey items, and one of these is in DOCS. There are hand-held elemental analyzers used in labs and the field resembling the Star Trek’s Tricorder which senses, analyzes, and computes – well, everything. The color, size, and density of features captured in camera-equipped microscopes, water, and satellites is now common. Automated sampling collections, however, still require the tedious work necessary to identify everything from viruses to plastic pellets.

The Coastal Studies Institute faculty who populated the department 50 years ago explored coastal systems all over the world using commercially available equipment or sometimes manufactured it in-house to measure water current speed and direction, salinity, pressure, and temperature. Stationary data collections were sparse then but now are on moorings, in the seafloor muds, and on electrical conduction cables attached to instruments on ships and then stored through wireless connections to satellites. The new equipment replaced paper recorders and infrequent measurements made during calmer weather or only at the water’s surface. A few water collection bottles were once separated by carefully calculated distances into the murky depths, not knowing the layering of salt, temperature, or density; now, we routinely and intelligently collect samples along with the complete depth profiles for salinity, temperature, fluorescence, photosynthetically active radiation, and turbidity. Monitoring labs in portable containers can be moved from land to sea and back. The chemical signature of hydrocarbons can be determined at sea using a Gas Chromatograph Mass Spectrometer (GC/MS).

Data collections today use towed or autonomous underwater vehicles (AUVs), which have revolutionized surveys. Large payloads and distances require more infrastructure and preparation than smaller units. The nimbleness of the small (and getting smaller) AUVs may sacrifice payload and distance, which is partially compensated for by increased miniaturization and power supply. Today’s AUVs can go for 21 days covering 750 nautical miles with 2-5 support members. DOCS has no AUV but rents them or has the cooperation of oil and gas companies. Cameras on them are routinely used to survey drilling rigs and bring back stunning pictures of deep-sea organisms. Aerial drones are used to routinely conduct aerial elevational and photogrammetric surveys with only one operator supervising them. 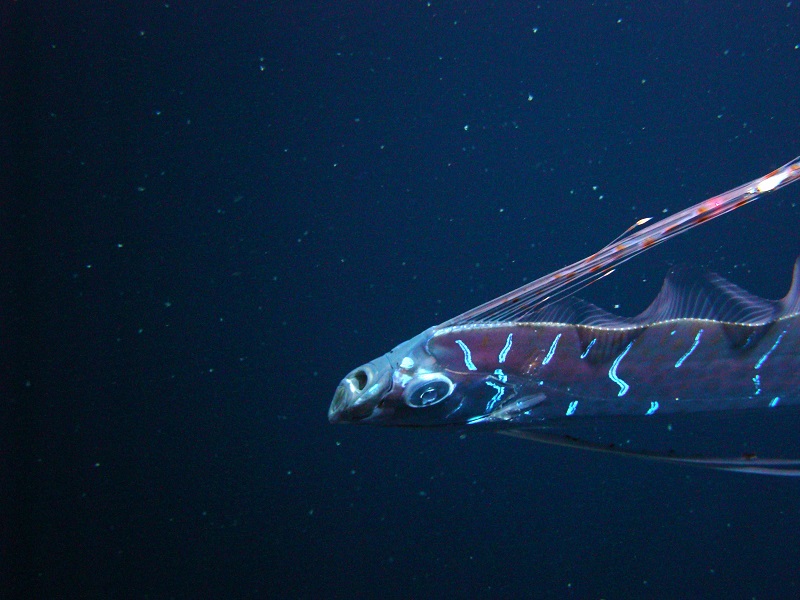 DOCS scientists today tag fish with tracking devices for use in estuaries, shelves, and the open Gulf of Mexico that determine position, depth, temperature, salinity, and light. Several decades ago, DOCS faculty started using laminations of fish ear bones to determine growth at scales from days to years. Cameras are moored to fixed structures to monitor flora and fauna. Mud samples are gathered to diagnose ecosystem health, responses to oiling, salinity, or fishing pressure. The satellite imagery collected in the Earth Scan Laboratory since 1987 helps emergency preparers during hurricane events, informs hydrographers and physical oceanographers of oceanic currents, and can even track fish. Now, human explorers on Earth are receiving satellite signals from multiple sources in many countries. Recent developments in genetics (DNA barcoding) created a way to identify species using only a piece of a specific gene by comparing it to a reference library of known species. And so, the scale of data collection now ranges from sub-cellular structures to viruses to whole organisms to the Earth.

Modeling capabilities have morphed greatly over 50 years, expanding from the local to globally connected subsystems where physical models are coupled with ecosystem models. There are DOCS-derived models of individual fish movements in low-oxygen zones off Louisiana’s coast, particle movements in estuaries and oceans, and circumpolar air masses. Sediment transport from land-to-sea, within seas, in estuaries, and off the continental shelf is estimated and informs wetland restoration.

The world is changing quickly in multiple consequential ways as scientists adapt, adopt, borrow, and invent observational tools. Various teams and equipment are assembled and disassembled to form again with different skill sets, questions, and possibilities in order to generate new data and revisions of existing data. Almost all grants support multiple departments, and most large ones are multi-institutional, forming the ‘Invisible University’ of collaborative inquiry. Humans are interpreting those data. There are modern tensions between the logarithmic rise in computer storage space, faster growth in data gathering, and the human capacity for cognition, which is a flat line. Not only are data needed but also inter-personal skills to rise above gamesmanship and competition in order to foster collaboration and well-being for individuals, working groups, and society. That human-centered frontier for departments, colleges, and universities affects how well academics form and address questions. Using tools well is essential, but also is embedded within the human packaging of genes, cultural behaviors, learning, and histories. It is about both the toolmaker and the tools.