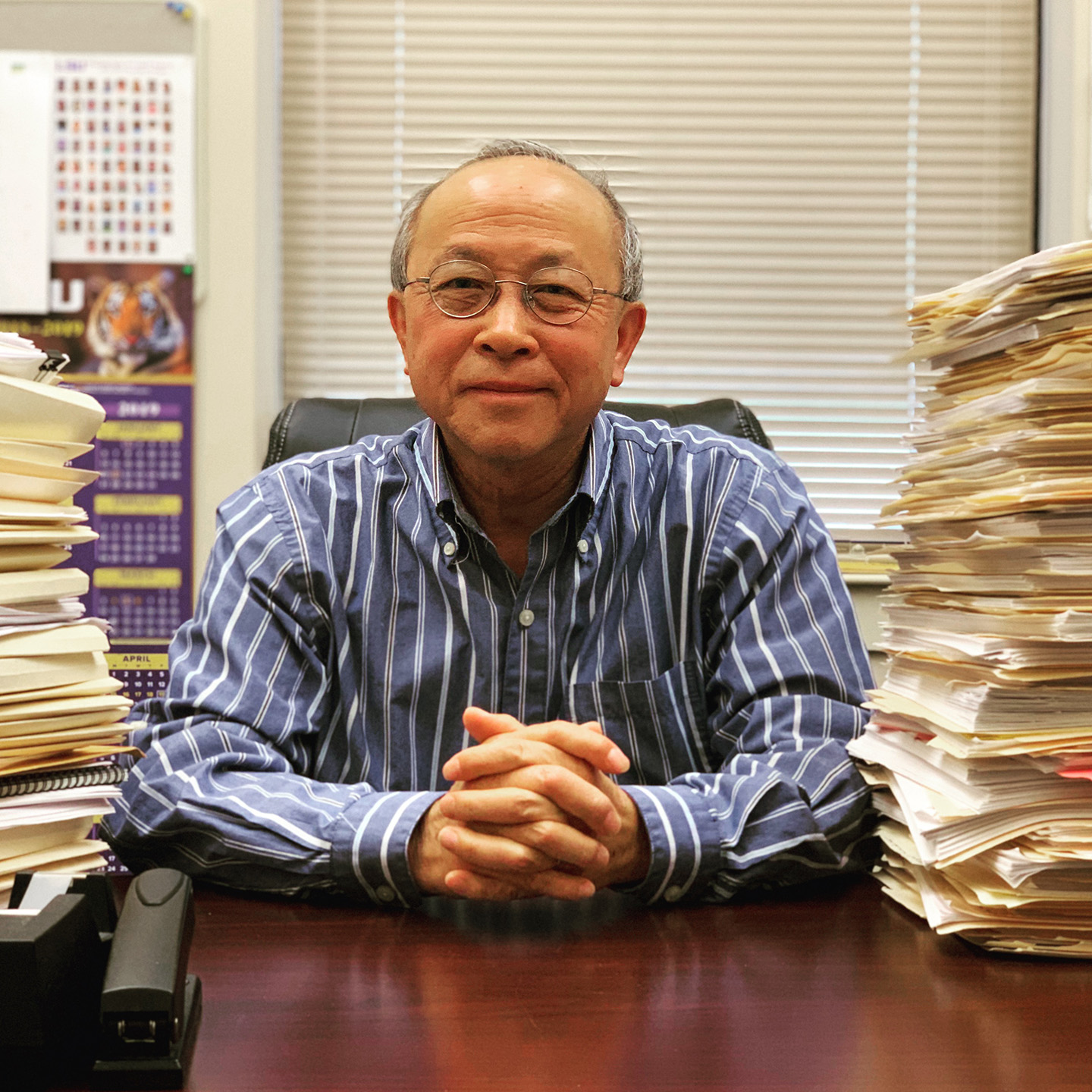 The American Association of Geographers (AAG), which has members from nearly 100 countries, has selected Kam-biu Liu as one of 13 of their 2022 Fellows. He is one of two faculty in the LSU College of the Coast & Environment who have earned this national honor (including his wife, Nina Lam, Professor & Abraham Distinguished Professor of Louisiana Environmental Studies in the Department of Environmental Sciences), which recognizes scholars who have made significant contributions to advancing geography. Liu is the George W. Barineau III Professor and Chair of the LSU Department of Oceanography & Coastal Sciences and a highly awarded expert in the field of paleoenvironmental change, or climate change that happened in the distant past.

Liu is considered to be the father of paleotempestology, a relatively new field that studies hurricane activities going back thousands of years with an emphasis on revealing the relationship between hurricane activity and climate change.

“LSU is nationally known for our wetlands research as we have many eminent wetland scientists across campus, but my research is unique because I bring a ‘paleo dimension’ to our wetland science program. My National Science Foundation-funded project on the Holocene biogeography of mangroves along the Gulf of Mexico coast is an example of such paleoecological research,” Liu said.

He added that paleotempestology can address important practical questions such as “how high should we build the levees around New Orleans to protect our city” or “how sturdy or wind-resistant should we build our bridges across the Mississippi River in Baton Rouge or our high rises in New York City?” The answers to these kinds of engineering problems depend on the probability of a coastal location being directly hit by a strong hurricane—data which paleotempestology, in taking the long view, enhances and refines.

Another notable area of his expertise is palynology, or pollen analysis. Liu uses fossil pollen that’s preserved in sediments in lakes, marshes, and other wetlands, as well as in ice cores from alpine ice caps, to reconstruct changes in the climate and vegetation since the end of the last ice age—more than 10,000 years ago. He is recognized internationally for publishing the first ice-core pollen records from the Bolivian and Peruvian Andes and from western China.

His research impacts many remote corners of the globe, from the Amazon Basin and the High Andes to the boreal forest of subarctic Canada, and from the steppes of Central Asia and East Africa to the coasts of the Caribbean and Central America and, of course, the Gulf of Mexico. In addition to the 2022 AAG Fellow, Liu has received an LSU Distinguished Research Master Award (2019) and a Lifetime Achievement Award in the Paleoenvironmental Change Specialty Group from the American Association of Geographers (2018) for his more than four decades of contributions to the field. Furthermore, his publication and grants record is exceptional—he has published more than 150 journal articles, and his research has been funded continuously by the National Science Foundation for nearly 30 years.

“It is a tremendous honor to be named a Fellow of the American Association of Geographers—an organization of which I am a lifetime member and whose annual meeting I have been attending yearly since 1979. I am grateful to my colleagues who nominated me and who supported my nomination,” Liu said.