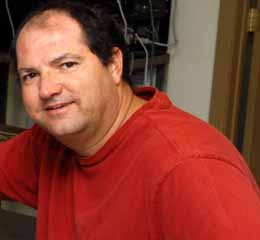 The LSU College of the Coast & Environment mourns and honors the memory of the late Bill Gibson who passed away on Thursday, September 16, 2021. Bill was passionate about environmental science and research and served as a field support coordinator for the Wave-Current Surge Information System, or WAVCIS, lab and the LSU Coastal Studies Institute for more than 30 years. A jack-of-all-trades, Bill was an innovator, an electronic expert, a captain, a hard worker, and an amazing colleague who was responsible for engineering and manufacturing many of the original WAVCIS offshore components.

Before that, he served in the armed forces as an Air Force ground radio repair specialist for more than eight years at duty stations across the U.S. and around the world.

While at LSU, he worked closely with Chunyan Li, WAVCIS director and Mobil Distinguished Professor of Marine Geology in the Department of Oceanography & Coastal Sciences. Dr. Li had this to say of Bill’s passing, “While we try to understand the weather, the ocean, and our environment, we know little about life. My work with Bill had a lot of good memories. Bill is a kind person, a responsible person, a professional colleague, and a good brother. Bill has made a significant contribution to our lab. He left his footprints to this world and he will be missed in our lab.”