“A generous man will prosper; that he who refreshes others will himself be refreshed.” 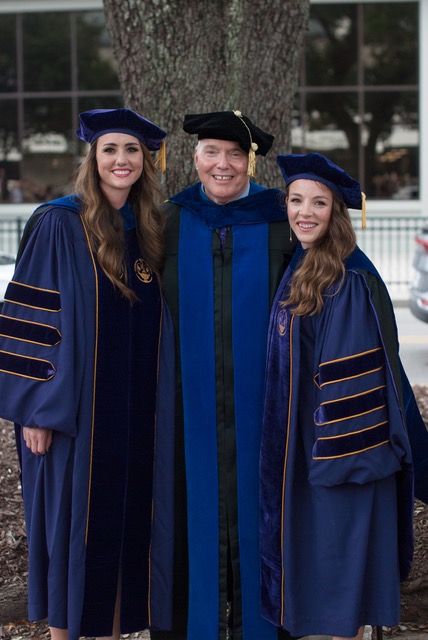 Dr. Ralph J. Portier, Professor Emeritus, a resident of Baton Rouge, passed away on Sunday, September 26th, 2021. Ralph will always be remembered for his deep devotion to higher education at the collegiate and graduate level and his love for research and innovation in the field of Environmental Sciences. His professional career as a professor flourished at Louisiana State University, and for 42 years he was an amazing mentor and teacher to his students. Ralph had a natural ability to teach and always found ways to inspire curiosity and enthusiasm for science.  He found ways to relate to his students on a personal level- using storytelling, jokes, and demonstrations to engage their interests and keep a full classroom.  He has received multiple awards and recognition for his outstanding accomplishments at LSU.  His greatest accomplishment is the success of his students, many of which who found successful careers in environmental law, chemistry, oceanography, and even medicine.

His love for the environment and our oceans was always a big part of his life – well known to many as an “oil spill chaser,” he devoted his career to protecting our sea life. He has always been the epitome of an environmentalist – known to have forecasted a future of “green technology” before the phrase was coined. His ability to harness micro-organisms to biodegrade waste spills resulted in more than one-hundred U.S. patents. Most recently, he has been named a 2020 National Academy of Inventors Fellow. He was always very generous with his time and became the “go-to” authority on marine toxicology and bioremediation. His students benefitted from his achievements by being co- authored in many scientific papers and participating in interviews with the news media. He is revered by many as having been one of the biggest contributors to Environmental Science and Toxicology in recent times.

Ralph will also be remembered as one of the greatest LSU Tiger fans and as the saying goes, he will always “bleed purple and gold.” As an unwavering fan of LSU athletics, especially football, Ralph enjoyed watching the Tigers with his wife, Mary. Game days together became a favorite occasion for them – cheering loudly throughout the house.

As a history and science lover, Ralph was enthusiastic about reading, traveling and stargazing with his home telescope. He had a keen interest in politics as well as meteorology, with an uncanny gift of predicting outcomes of world events. He was always sought after by friends, family, and neighbors for his advice. Most commonly, he helped others to pursue their academic goals, as well as serving as their life coach. He would always advise those seeking his help that “it is not the degree that matters so much, but what you do with it.” He took a very personal interest in anyone who was seeking his help – most notably referring to his students as his “LSU Children.” It was always easy to see Ralph’s love of others and willingness to help them in their lives.

Ralph was also known for his witty sense of humor and good nature despite difficult life circumstances at times. He and his wife, Mary, would often host events for faculty and students – always making their home a welcome place for many. He was also a devoted parishioner of the Catholic Church and of the Catholic Diocese of Baton Rouge, as well as a member of the Knights of Columbus.  As devout Catholics, Ralph and Mary were involved in many volunteer efforts for Sacred Heart of Jesus Church and School of Baton Rouge.

Ralph was a loving, devoted husband of 44 years and an incredible and doting father to his two children.  He is survived by his wife, Mary G. Portier; his son, Dr. David A. Portier, MD; and his daughter Angela J. Portier.  Coming from a large, Cajun family, he is also survived by his brothers and sisters; Nancy Portier LeBlanc and her fiancé, Wayne LeBoeuf; Dr. Kenneth Portier and his wife Mary Portier; Carolyn Portier Gorman and her husband, Robert Gorman; Dr Christopher J. Portier and his wife, Dr. Meike Mevissen; Frederick Portier and his wife, Rebecca Portier; Edith Portier Hollander; Richard Portier and his wife, Lourdes Portier; and Jeannine Portier Chauvin and her husband, Philip Chauvin, Jr.  He is also survived by numerous nieces, nephews, and godchildren.  He is preceded in death by his parents, Lois and Clovis Portier, as well has his brothers-in-law Larry LeBlanc Sr. and Dr. Barry Hollander.

Text republished (with permission) from his obituary.

The LSU Foundation will work with Dr. Portier’s family to establish the purpose of tribute funds contributed through this effort, with the intention of creating a scholarship in his memory. His family will also represent all donors for any needed revision to the purpose of the fund. The LSU Foundation will share notices about memorial gifts with Dr. Portier’s family. We do not share the gift amount unless a donor explicitly gives us permission to do so.
Give Now