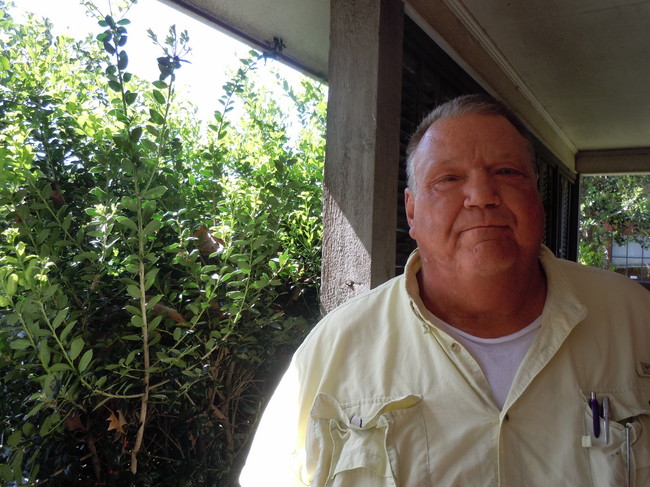 The LSU College of the Coast & Environment mourns and honors the memory of the late James “Jim” Cowan, Jr., Professor & Abraham Distinguished Professor of Louisiana Environmental Studies in the Department of Oceanography & Coastal Sciences (DOCS). He died unexpectedly of natural causes on August 11, 2021.

After earning a bachelor’s degree in biological sciences from Old Dominion University, Cowan received two master’s degrees, one in biological oceanography with a minor in ichthyology from Old Dominion University (1981) and the second in experimental statistics from LSU (1988). He earned his PhD in marine sciences with a minor also in experimental statistics from LSU (1985).

Cowan’s career at LSU first began in 1985 as a postdoctoral scientist. Subsequently, he worked at the University of Maryland’s Chesapeake Biological Laboratory and as a professor at the University of South Alabama and had a lab at Dauphin Island Sea Lab. Cowan returned to LSU in 2001 as an associate professor where he earned sizable grants and contracts totaling more than seven million dollars. His research has resulted in more than 185 published articles, garnering more than 7,000 citations that help to inform scientists and leaders about issues related to fisheries ecology, biological and fisheries oceanography, and biometrics. His work, which has important practical ramifications in fisheries management, was frequently featured in local, regional, and national outlets including National Geographic, CBS Evening News, ABC Evening News, National Public Radio, Fox News, and CNN. Additionally, he was interviewed by Katie Couric, Diane Sawyer, Anderson Cooper, Sanjay Gupta, and many others.

According to Chuck Wilson, longtime LSU DOCS colleague and chair, and now the Gulf of Mexico Research Initiative (GoMRI) Chief Science Officer, “It breaks my heart to hear of Jim's passing. Jim was a fisheries and ecology leader in the Gulf region and particularly in Louisiana. His many research accomplishments include extensive studies on the Gulf of Mexico red snapper population that remain a management challenge for all Gulf states. One of his passions was comparing the value of artificial versus natural red snapper habitat and the effectiveness of artificial reefs. He was also a leader in acoustic studies of fish ecology. Jim was a successful mentor of numerous graduate students and contributed significantly to the curriculum of the DOCS. We will miss him very much.” As chair of the LSU Department of Oceanography & Coastal Sciences, Wilson was responsible for recruiting Cowan to LSU.

Cowan successfully mentored numerous graduate and postdoctoral students. As a faculty instructor, Cowan helped to advance knowledge by teaching courses such as “Preparing for Studies of Fish and Other Aquatic Resources,” “Marine Fisheries Recruitment,” “Modern Topics in Fisheries Science,” and “Fisheries and Mariculture.” Additionally, he was a frequent guest lecturer at numerous conferences and workshops.

In service to his discipline, he worked on various committees and advisory panels for federal and state agencies, scientific organizations, and working groups, and he reviewed proposals and manuscripts for various agencies and journals. For example, he served on many National Research Council study committees and technical review panels and review panels for the National Science Foundation, Division of Ocean Sciences, Biological Oceanography and Arctic Natural Sciences program. He served as a U.S. delegate to the International Council for the Exploration of the Sea and the Pacific Marine Sciences Organization.

Cowan was frequently recognized for his efforts. For example, in 2007, he received an award for Excellence in Fisheries Management from the American Fisheries Society, and in 2009, he received the LSU Rainmaker Award for outstanding research, scholarship, and creative activity.

Christopher D’Elia, professor and dean of the LSU College of the Coast & Environment stated, “Fisheries science and our college have lost a wonderful researcher and mentor. He will be sorely missed.”