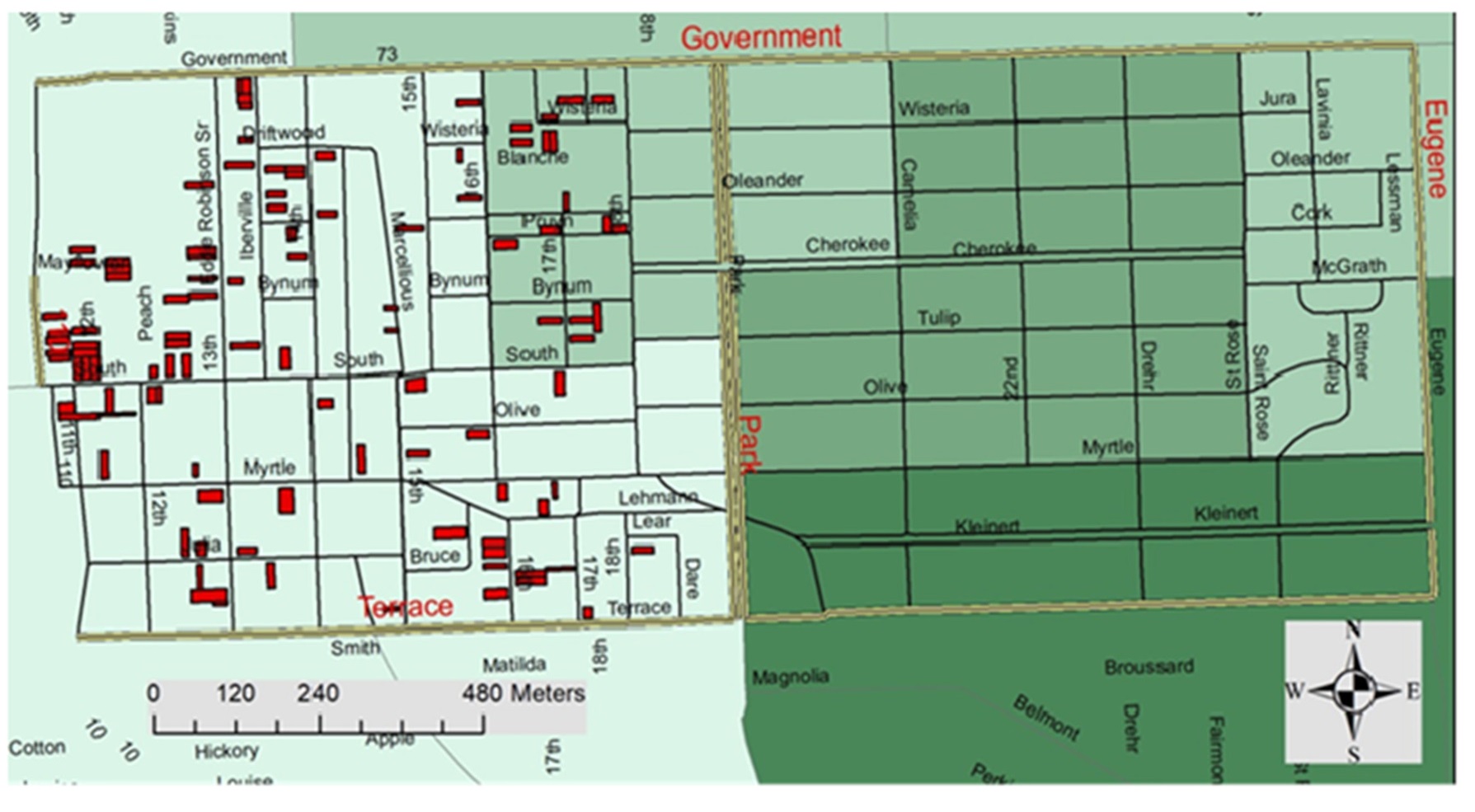 BATON ROUGE — LSU researchers recently published findings that blight leads to an increased abundance of disease-carrying mosquitoes. The researchers investigated the presence of several mosquito species in two adjacent but socio-economically contrasting neighborhoods in Baton Rouge: the historic Garden District, a high income neighborhood, and the Old South neighborhood, a low-income area. They found significantly higher adult and larvae abundance of the Asian tiger mosquito (a carrier of Zika and dengue) and higher mosquito habitat availability—particularly discarded tires—in the Old South neighborhood. This indicates that environmental conditions in the low-income neighborhood were most ideal for this mosquito to breed and proliferate.

“These two neighborhoods are very similar in terms of vegetation cover, human population and density of households. One of the main differences is blight. One neighborhood has a lot of blight in the form of abandoned residences, empty lots and mismanaged waste, and the other neighborhood does not. It was the perfect set of conditions for addressing this question,” said Rebeca de Jesús Crespo, lead author and an assistant professor in LSU’s College of the Coast & Environment.

In recent years, the Old South neighborhood has been the focus of revitalization plans by multiple stakeholder groups. The researchers recommended that these blight reduction efforts continue for the benefit of public health. 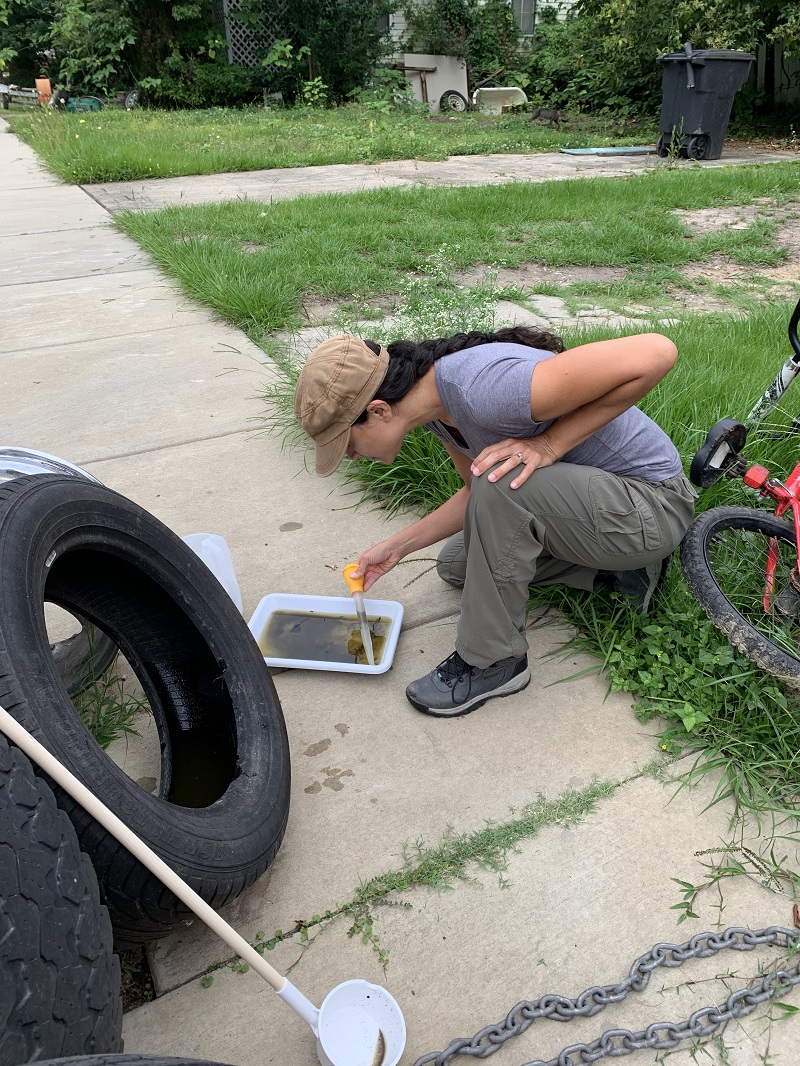 “This is an area at high risk of these mosquito-borne diseases,” said Madison Harrison, co-author of the publication. “All that it takes for these diseases to spread is for the right vector to be infected with the pathogen and to bite humans at the right point of incubation of said pathogen.”

So far, Zika and dengue are not currently present in the state. However, Louisiana’s climate is ideal for these diseases to spread once introduced.

According to de Jesús Crespo, Harrison was an invaluable addition to the team. Currently, she is a public health master’s student at LSU Health New Orleans.

“In the College of the Coast & Environment, for almost every project that we do, we are integrated and interdisciplinary. We take a broad approach to doing research that is important for solving problems in real time. For this project, it was important to me to include Madison from LSU Health Sciences as well as community stakeholders who could provide their expertise and unique perspectives,” de Jesús Crespo said.

The researchers examined the prevalence of two container-breeding species of mosquitoes that are known to spread disease, the Asian tiger mosquito and the southern house mosquito (a carrier of West Nile virus). They inspected potential larvae habitats (such as discarded tires, discarded Styrofoam cups and snack bags, plant pots and water baths) in publicly accessible locations and calculated the percentage of those that contained larvae. Additionally, they placed adult mosquito traps around the perimeter of some private homes with the permission from the homeowner; in an abandoned house and in an empty lot with trash accumulation in the higher income neighborhood.

They found that the adult population of the southern house mosquito was fairly diffuse, but the lower income neighborhood had significantly higher numbers of Asian tiger mosquito (adults and larvae) and higher numbers of total mosquito larvae. This shows that the presence of discarded container habitats due to neglect provides more breeding grounds for disease-carrying mosquitoes, disproportionately affecting low-income groups.

“I think everybody can agree that urban blight is a problem we need to solve here in Baton Rouge. Mosquito risk is one of those factors that could impact human health and that adds another level of importance with that,” de Jesús Crespo said.

Additional collaborators on this project include Rachel Rogers, a graduate student in the LSU Department of Environmental Sciences, and Randy Vaeth from East Baton Rouge Parish Mosquito Abatement and Rodent Control.