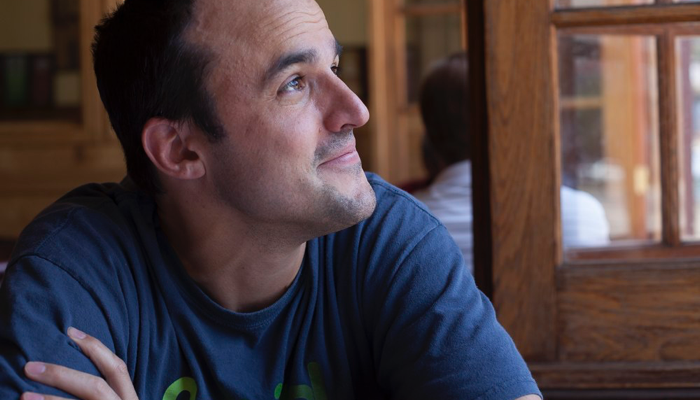 Our friend and colleague Dustin Howes, holder of the David J. Kriskovich Distinguished Professorship succumbed to the ravages of ALS on Saturday evening, January 21, 2017, in Boston, Massachusetts.  Dustin had been struggling valiantly with this brutal disease for some time.  That struggle, however, had not altered his indomitable spirit or his passion for that which most inspired his scholarship, the politics of nonviolence.  Indeed, in one short decade Dustin had amassed a considerable record of masterful writing and scholarship.  He received his doctorate from the University of North Carolina in 2005, after having earned Bachelor’s and Master’s degrees at the University of Michigan and the University of Chicago respectively.  He taught at the State University of New York at Oswego and St. Mary’s College of Maryland before joining the LSU faculty in 2008.  His area of expertise was political theory, with a specialization in philosophies of pacifism and nonviolence.  He taught undergraduate and graduate courses in the history of political thought, introduction to political thought, democratic theory, theories of freedom, and nonviolence in theory and practice, as well as a course in the Honors College on political humor.  Dustin was an active member of the Association for Political Theory, as well as an occasional contributor to the website, “Waging Nonviolence.”

Dustin’s first book, Toward a Credible Pacifism:  Violence and the Possibilities of Politics, with SUNY Press, was hailed as a landmark study of the relationship between politics and violence.  The reviewer for the Journal of Religion, Conflict, and Peace wrote:  “Against all expectations, [Dr. Howes] has clarified the relationship between human ‘violence and the possibilities of politics’ by clarifying the relationship between human violence and sociopolitical power.  It is a stunning achievement.”  Indeed, that achievement was the subject of a Roundtable Discussion at the 2009 meeting of the Peace and Justice Studies Association and, because of it, Dustin was invited to be the plenary speaker for an international symposium on The Politics and Aesthetics of Nonviolence at the University of Verona in Italy, sponsored by the Finnish Centre for Conceptual Thought and Political Change.  That book was accompanied by a remarkable array of journal articles in such prestigious publications as Political Research Quarterly, the European Journal of Political Theory, International Studies Quarterly, symplokē, and Perspectives on Politics.  Dustin’s final book, entitled Freedom without Violence:  Resisting the Western Political Tradition, was completed while he was in the advanced stages of ALS and published last year (2016) by Oxford University Press.  One reviewer says of it:  “A sober analysis of the entire Western political tradition has led Howes to the conclusion that the yearning for nonviolent ways of maintaining freedom is steadily getting stronger  This is a book for our troubled times.  Academics, journalists, and policy makers will find its vision appealing and realistic.”

University professors are contributors to and participants in the life of the mind.  Ideas are paramount to our research and our teaching.  At times, our overly abstract considerations have little immediacy for the everyday lives of human beings; at other times they have the potential for changing the world.  Dr. Howes’ contributions to the discourse on politics and nonviolent change have that potential, both for the rule of law and human rights in developing democracies, as well as in advanced industrial nations.  Dustin loved that life of the mind, passionately so.  In the latter days of his illness, speaking only with the aid of his eyes and a recording/typing device, he participated in numerous graduate examinations long distance through video/audio connections.  His questions were always the most challenging and his demeanor always the most gentle.  Faculty and students alike will miss his delightful thoughtfulness, his engaging smile and good humor, and his challenge to our conventional ways of thinking about politics.  Born, in Detroit, Michigan, on October 17, 1973, Dustin is survived by his mother, Janet, brother, Brandon, former wife, Rachel, and six year old twins, Henry and Madeline.  Those who wish to contribute to his memory have been asked by Dustin’s family to consider the ALS Foundation.