Michael Pittman, past president of MR Pittman Group, LLC General Contractors, received his B.S. in civil engineering from Louisiana State University in 1983. Upon graduation, Michael entered into the construction business. While working in various roles at Pittman Construction Company, a large general contracting firm based out of New Orleans founded by his grandfather in the 1920’s, Michael pursued graduate work in advanced structural and geotechnical design at the University of New Orleans and afterward obtained a Master’s in Business Administration from the University of New Orleans.

From 1991 through 2003, Michael teamed with his father, Charles, to form C R Pittman Construction Company, where he rose to the position of vice president and overall operations manager. After nearly thirteen years in business with his dad, Michael left to start his own company, M R Pitman Group, LLC in 2003. He opened the doors with one employee and a minor site improvement project. Since, he has partnered with Raymond McCabe (LSU 1984 graduate in civil engineering) and three others in building MR Pittman Group, LLC  in to what it is today - one of the largest and most successful and highly respected heavy municipal construction companies in the state of Louisiana, with annual average revenues of over $100 million.

With over 35 years of extensive experience in both the public works commercial field and the heavy construction field in Louisiana/Mississippi, Michael’s roles have included project superintendent, surveyor, project engineer, design engineer/manager, project manager, estimator, contract administration and negotiations, and overall operations manager on a variety of large municipal water, sewer, transportation, drainage, and hurricane protection projects in south Louisiana. As part of his role in the performance of many of the heavy infrastructure projects constructed, Michael either lead the design or was involved in the design of hundreds of major temporary work structures, temporary sheet piling cofferdams, marine mooring structures, groundwater dewatering systems, by-pass pumping systems and custom concrete shoring/formwork systems, and a variety of other engineering tasks to support the companies construction operations.

Since Hurricane Katrina in 2005, the majority of the work that has been done under Michael’s supervision has been heavy infrastructure projects in and around the Greater New Orleans Area and South Louisiana Region related to storm and drainage improvements for both the various municipalities and the US Army Corp of Engineers. Michael has been a “hands on” executive in charge of most of the projects performed by MR Pittman Group, LLC.

Some of the most notable projects that he has been involved in since 2005 include the GIWW West Closure Complex. This project serves as major piece of Louisiana’s Hurricane and Storm Damage Risk Reduction System, constructed for the US Army Corp of Engineers, located in Plaquemines Parish, Louisiana at a cost of $1.3 billion. Main components include a 225 ft. navigable floodgate, 20,000 cfs pumping station, 6,500 LF of new earthen levee and 4,200 LF of concrete T-wall and water control structures. This drainage pump station is the world’s largest of its kind and the navigable sector gate is the largest in the United States. Another is the London Avenue Interim Control Structure project. It consisted of a 3,000-cfs temporary drainage pumping system, various structural flood control components and safe house structures and was constructed in 150 calendar days from start to finish. This emergency project for the US Army Corps of Engineers was constructed at a cost of $42 million and was built in New Orleans. Most recently completed is the Permanent Canals & Pump Station Project (PCCP). It consisted of design and construction of three permanent canal closures and pump stations along flood-prone canals south of Lake Pontchartrain for the US Army Corp of Engineers. The three pumping stations at each one of the sites combine to produce a pumping capacity of 24,300 cfs. Each site included diesel driven power plan which provide a total of 79MW of power that provide power and fuel the pumps for up to five days, new concrete T-wall, gate structures, canal dredging, and rip rap erosion protection at a cost of $730 million for the US Army Corp of Engineers.

Michael has held professional engineering licenses in both civil and environmental engineering in the state of Louisiana. Associations throughout his career include membership in the American Society of Civil Engineers, Louisiana Engineering Society, American Concrete Institute, American Welding Society, The National Society of Professional Engineers, Association of General Contractors – Mississippi Valley Division, where he as sat on various committees and other construction trade related organizations.

He has generously given to the LSU Department of Civil and Environmental Engineering towards the refurbishing of the LSU Hydraulics Laboratory, which has been named Environmental Technical Sales (ETEC) Hydraulics Laboratory. In addition, has helped fund various other causes for the betterment of Louisiana State University. Michael has been active in the role of the Phase III Capital Campaign at Brother Martin High School in New Orleans, where he attended. He has been a generous supporter of many charities within the community, including Boys Town, Multiple Sclerosis Society, Muscularly Dystrophy Association, YMCA, Louisiana Sheriff’s Association, and St. Catherine of Siena School, in addition to various others. Michael is presently acting in the capacity as a technical and business consultant to both MR Pittman Group, LLC and Kiewit/Boh, a joint Venture related to construction pursuits in the greater South Louisiana Area.

Michael resides in New Orleans with his wife, Bonnie, and they are the proud parents of their son, Casey, who is presently a sophomore at Brother Martin High School in New Orleans. 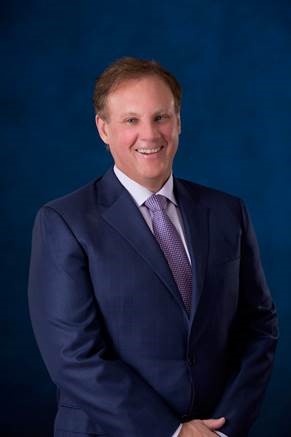