James Coleman received his Ph.D. in geology from Louisiana State University in 1966. He is currently Boyd Professor for the Coastal Studies Institute of Louisiana State University and Agricultural and Mechanical College and formally served as Executive Vice Chancellor of LSU. Dr. Coleman’s research interests focus on relationships between process, form, and sedimentary characteristics, especially in deltaic and offshore regions. He is the former chairman of the Marine Board, a member of the Ocean Sciences Board of the National Research Council, a member of the National Academy of Engineering since 1990, a recently elected member of the Russian Academy of Natural Sciences, and awarded the Kapitsa Medal of Honor for his contributions to the field of Petroleum Sciences. In 2001, he was appointed as a member of the Presidential U. S. Ocean Policy Commission.

Few of the many awards that he received are listed below:

He served on numerous National Committees and Boards. Few of them are listed below: 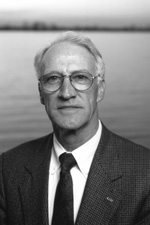