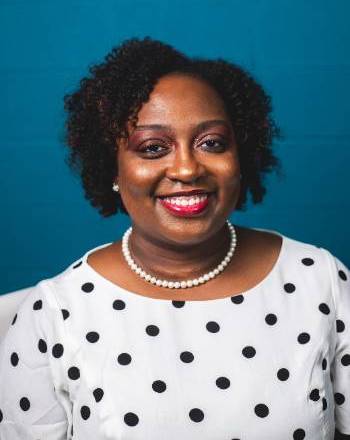 Baton Rouge - Emily George is a PhD in Social Work program student who is approaching the end of her program with a pending graduation date. She previously graduated with her MSW in May 2009 and her MPA in December 2011.

In the beginning of April, she was selected as the winner of the BRProud Remarkable Women in the Capital Area 2021 competition, sponsored by WVLA and WGMB, and went on to compete in the national competition. This contest recognizes “the great contributions that women have made to our nation and local communities during international Women's Month. Remarkable Women is part of a nationwide Nexstar Media initiative to honor the influence that women have had on public policy, social progress, and the quality of life.” Congrats, Emily George!

George is originally from New Iberia, LA. She took some time to discuss a little bit about her education and goals and give some advice to fellow students.

George chose to become a social worker because she loves people. Growing up with two drug addicted parents, George recalls that life was a struggle. She suffered from self-esteem issues, depression, anxiety, attachment issues and trauma. George says she knew that God had a plan for her life when he saved her from some very traumatic events.

"I love seeing my clients and staff reach milestones in their lives. I appreciate being able to see someone at their lowest point and watch them grow strength, like a mother raising a child."

George's goals after graduation include launching a non-profit wellness agency and becoming employed with a university as a clinical professor of social work with a focus on addictions and mental health.

"The advice I would give to my peers and students in this profession is to remain humble, teachable and compassionate. Meet people where they are in life. Know that you are human and it is okay to fall, but you need to have the strength to get back up and come back 10 times stronger. Let your test, become your testimony and your struggles become your strength."

George says that being a social worker is not a job to her. It is her heart. She treats her clients like family because when she looks at them, she sees her mother. George also notes that her greatest accomplishment in her life is her daughter Morgan, and she is the reason George fights so hard.