What is the Community College Penalty?

Dr. Chen's article analyzed a nationally representative sample with advanced statistical techniques. The authors found that, after graduating with a bachelor's degree, community college transfers earned equally well compared to their counterparts who started from a four-year directly. Or, a community college salary penalty was disproved.

This article received kudos from Insider Higher Ed on September 2, 2022.

Below is a picture of the three authors (from left to right: Dr. Ran Li (Hong Kong University of Science and Technology at Guangzhou), Dr. Yu April Chen, and Dr. Linda Serra Hagedorn (Iowa State University) presenting the preliminary results of this article at the annual conference of The Council for the Study of Community Colleges (CSCC). 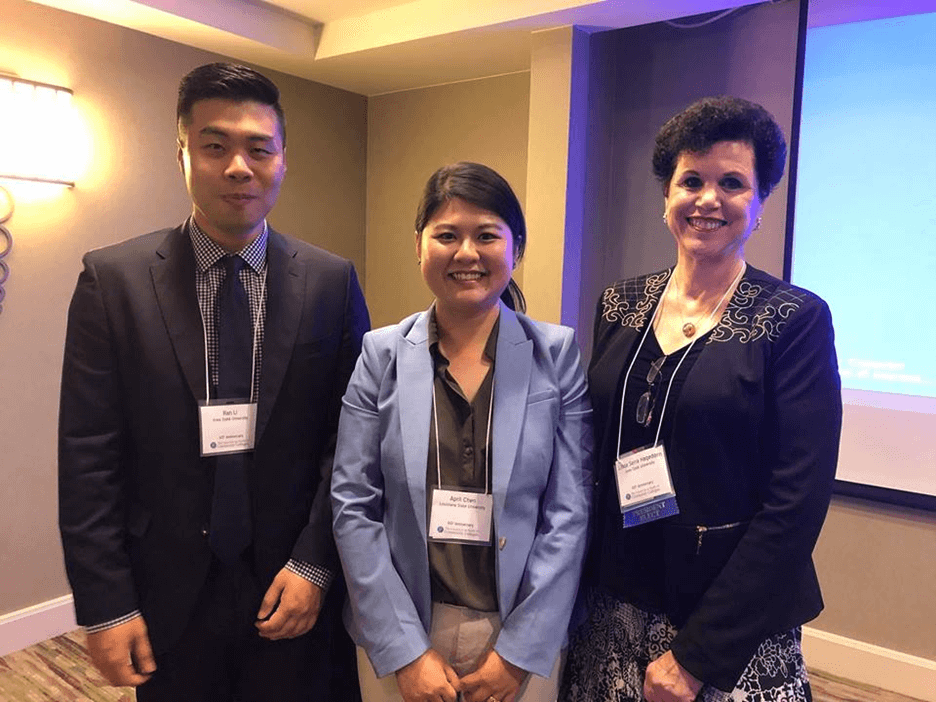