When Did You Know You Wanted To Be A Scientist?

LSU Scientists tell us about the moment—or moments— they knew that being a scientists was their destiny. 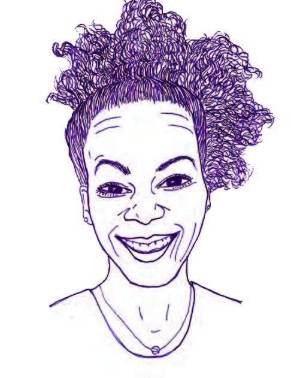 “Explorer of Light”
I didn't really know until I was older than you are now. I already had a different degree from college and had to get another one in science, but I've always been an explorer! I loved learning about dinosaurs, using cool lenses to be able to see the effects of a solar eclipse (without looking at it, of course), and going to local museums in my city to see much more! So if you’re an explorer like me, and you like to learn more about everything, then you’ll make a great scientist! Remember those lenses that I talked about? They’re actually really fancy pieces of plastic. If you wear glasses, then you already have lenses in your glasses (how cool is that?!). I try to see how different types of light change when passed through different things. Light from the sun is different from a laser. I also use something called quantum mechanics. Don’t know what quantum mechanics is? Don’t worry—no one fully knows what it is! But there are people who know a little bit about it, and I’m one of them. I use what I know to learn more about how and why light does what it does. So there you have it—I’ve always been a scientist. It just took me a while to find out! I think of myself as an explorer of light. What would you like to explore in this big world? Whatever it is—have fun and tell your family and friends all about it! Happy exploring! 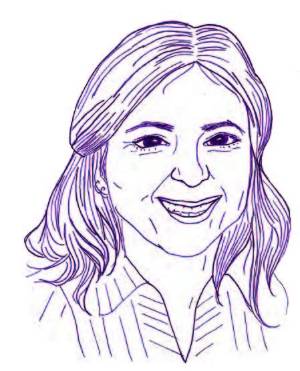 "Colors of the Rainbow"
When I turned five years old, I was intrigued by the purple and red hues of flowers. I became infatuated with finding out the origins of their colors. My grandmother saw me pulling the flowers into small pieces, as a Native American she explained to me colors like life came from within. That day I found my craft. I started doing extractions to study the constituents of terrestrial plants known collectively as natural products. My laboratory uses natural products as molecular probes or molecular reporters to tease out he secrets of human disease and potentially treat it. We study specific cellular pathways with our molecular probes to investigate the state of the cell, and their fate after stimuli. My main objective is to improve our understanding of specific pathways that regulate cellular growth and death so we can potentially fix them when they breakdown due to genetics or environmental factors. 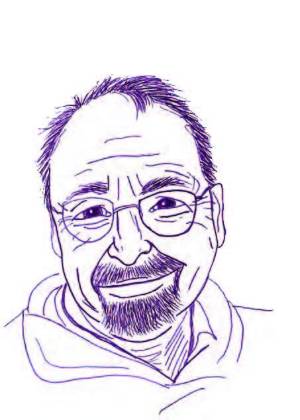 "History of the Earth"
I grew up in a suburban area quite close to the countryside, but we never saw any rocks—just the rolling fields of crops and animals. I remember going on vacation with my aunt and uncle into the hills of Wales, where they used to do coal mining. I was excited to be out in the countryside and seeing all these big mountains, and then I found a beautiful leaf fossil along the side of the road near a coal mine. I thought it was so perfect, and I took it home and put it in my bedroom. I always liked history, so geology for me was like the history of the earth but something that I could explore for myself, especially walking outside and going on adventures close to home and far away too. I liked that excitement of meeting new people and seeing different things. 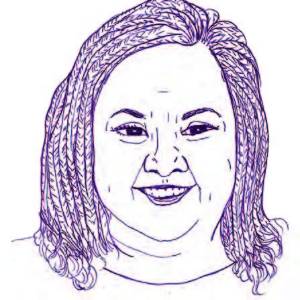 “The Summer That Changed It All”
I grew up in small rural towns in Mississippi. While there were not always a lot of resources for teaching kids about science, my mom was very diligent about making sure that we (my siblings and I) were able to participate in as many enrichment activities as possible. One experience that I was able to do was to spend the summer between my junior and senior years in high school on a college campus in a science program. I was always good at math and science, but I didn’t really know how I would use any of it for a career. During that summer on the college campus, I discovered a love for chemistry and had exposure to role models. This inspired me to enter college as a chemistry major. In college, I had a lot of opportunities to conduct research, and this gave me a chance to do science, instead of just reading about it or learning about it. I am where I am right now because of that summer program, and I am passionate about outreach and science education because of the role that it played in helping me to select my career path. 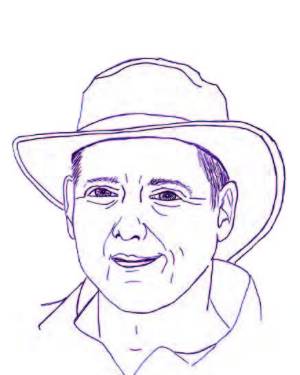 “Patterns of Plants”
I have been fascinated by biology ever since I was a kid! At first, I did not know the many job options that were available to me. That was just fine. I simply knew that I was passionately interested in animals, nature, science, and being outdoors. I grew up on a farm in Iowa, so I was familiar with cats and dogs, chickens, pigs and cows, but I was especially drawn toward stories about dolphins, wolves, penguins, and lots of others in books from the library. Later, I thought maybe I would become a veterinarian—to take care of sick and injured animals—or perhaps a medical doctor. Those would have been good choices, too. However, in college, I had the chance to participate on a professor's research project in Patagonia (in southern South America). While I was helping study the lives and habits of pumas (also known as mountain lions) and guanacos (the wild relatives of llamas and alpacas), it occurred to me that I could become a professor and design my own scientific research projects out in the wild. My horizons have broadened ever since. I now study all sorts of organisms—not just animals, and especially plants. Plants tend to stay put, so unlike the pumas I only rarely and briefly got to see in Patagonia, I can go back day-after-day or year-after-year and see how my plants have changed and try to figure out why. That's my special area of science—patterns and the processes that cause those patterns out in nature. 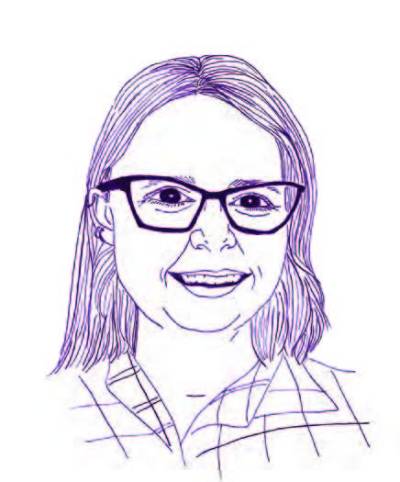 “The Creativity of Numbers”
As a kid, I never thought I'd grow up to be a mathematician. I liked games and puzzles, like Sudoku or a Rubik's Cube. I liked to count and sort, and math and science were my favorite subjects in school. But it was hard to see what life mathematics had outside of school. Then I learned more math, and as it built on itself (from adding to multiplying, to algebra, to geometry, and so on), I started to see how creative you could be in mathematics. When I was in college, I started to explore math outside of the classroom, and eventually I was having so much fun that I never wanted to stop. To me, the heart of mathematics is creative problem solving. The kinds of puzzles and counting that I do is more complex and abstract, often related to features of geometric objects, but I have as much fun as I did when I was a kid solving a Sudoku puzzle. 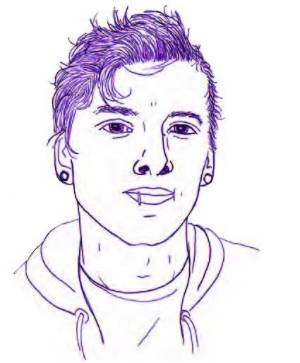 “Guided by Curiosity”
Until I was 20 years old, I wanted to be a doctor. Using science to figure out what was making someone hurt and helping them was my motivation. However, I also enjoyed being outdoors and asking questions about animals and plants instead of just humans.

In my research now, I attempt to use mathematics to understand interactions between species, such as hosts and their parasite species. Now as a professor at LSU, I get to let my curiosity guide what organisms I study and what questions I ask.