What happens if the Antarctic ice sheet becomes destabilized? 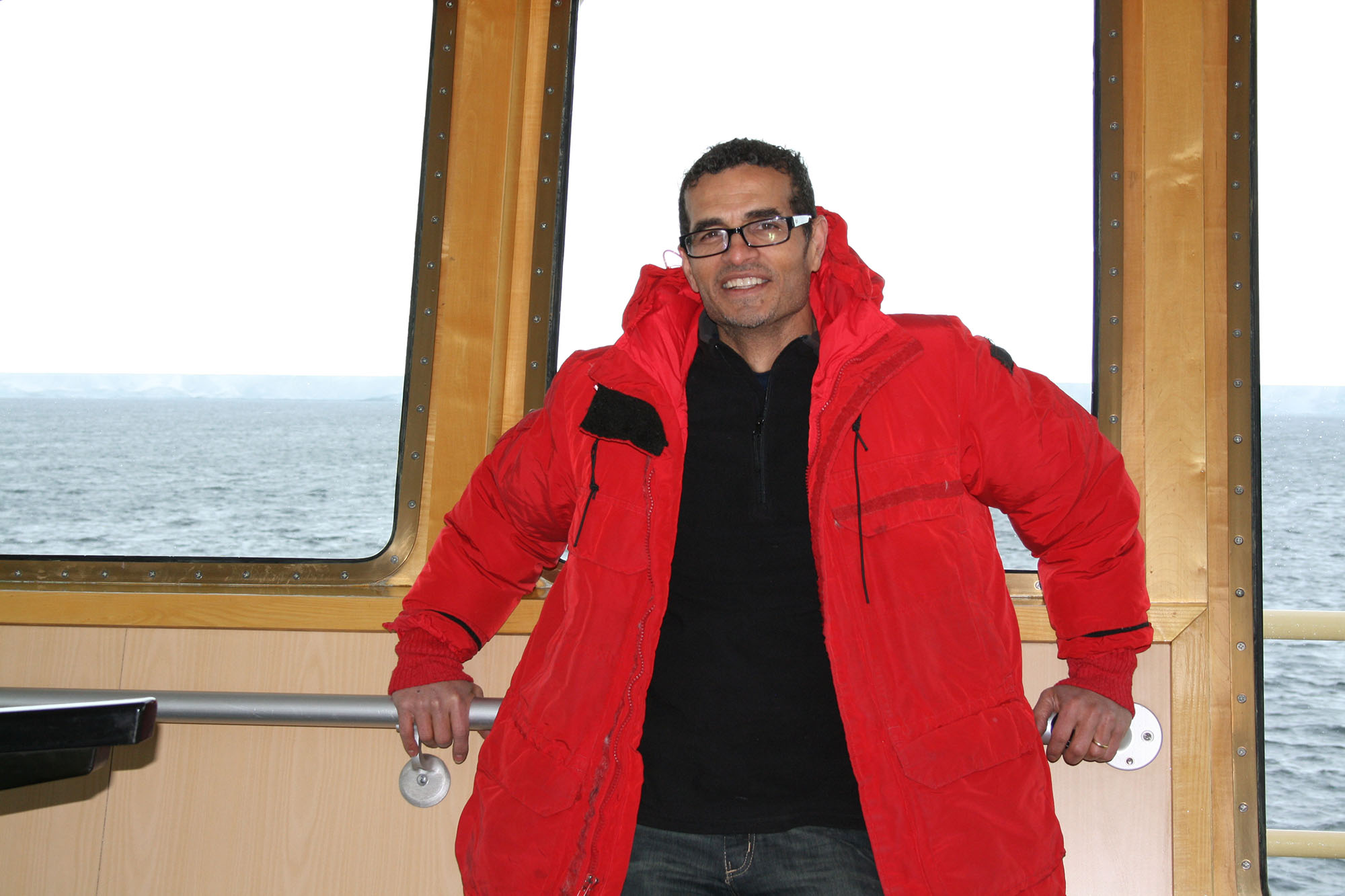 LSU geologist studies what transpires below the frozen surface.

Phil Bart has traveled to Antarctica seven times since the late 1980s—a feat that very few can say. Thirty years is a microscopic blip on a geological time scale, and although the continent’s ice cover may seem to be stable, there are ongoing changes that have been affecting the icy landscape over recent decades.

Marine geologists, like Bart, who is a professor in the College of Science’s Department of Geology and Geophysics, study patterns and time frames of past changes in ice sheet configurations. At the short-end of the spectrum, those paleo-changes span decades to centuries, but at the long end, the last large-scale glacial fluctuations of ice sheets occurred over a climate cycle of a hundred thousand years.

Recent studies by Bart and others have shown that even during the course of these long-term oscillations, abrupt catastrophic changes can occur. To further understand what’s happening below Antarctica’s seascape, Bart has recently been awarded $748,819 from the National Science Foundation. His single-authored research proposal aims to investigate two fundamental questions concerning Ross Bank, a large, shallow submarine bank in the central part of the continent’s Ross Sea, over the next 4 years.

“Was the Ross Ice Shelf formerly pinned to the Ross Bank? And if so, how, when, and why did the Ross Ice Shelf unpin from the bank?” he asked. “These questions are crucial in understanding the stability of the ice sheet, especially right now, in a world where we are seeing pretty dramatic climate changes.” 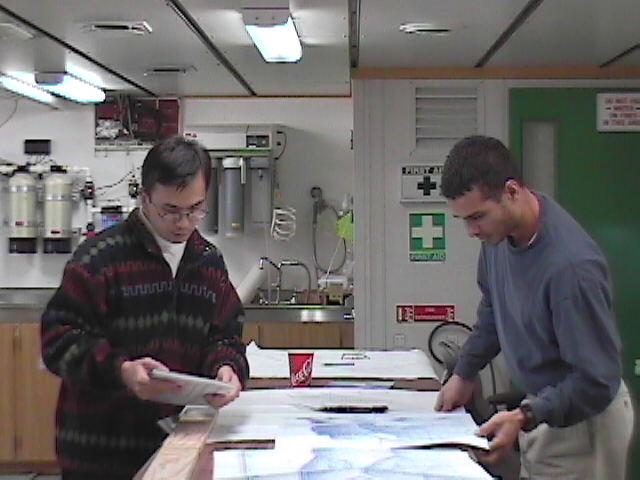 Ice shelves are thick—sometimes as thick as 1,000 meters, or 3,300 feet—suspended platforms of ice that are formed when ice from an inland glacier flows down to the ocean. They surround about 75 percent of Antarctica’s coastline and cover an area of more than 1.5 million square kilometers, or just over 579,000 square miles.

Pinning points are where the ice shelf physically touches the sea floor, attaching often to a bank or an island. The pinning points assist in insuring that Antarctica’s mainland stays a particular geographical size and volume. But when unpinning occurs, the ice sheets become more prone to faster flow and contraction. This could mean the return of ice volume to the global ocean, which in turn causes sea levels to rise.

In January 2021 during the austral summer, Bart will spend about 30 days at sea in the Antarctic waters collecting geological and geophysical data. These data include multibeam swath bathymetry, high-resolution seismic reflection, sediment core samples and seafloor photographs. Bart will be accompanied by his team, which will consist of several graduate and undergraduate students from LSU.

Leading up to the trip, he and his students will visit the Marine and Geology Repository housed at Oregon State University in Corvallis to sample and analyze archived cores from Ross Bank and adjacent trough basin areas. These analyses will help to determine data acquisition decisions in the field. 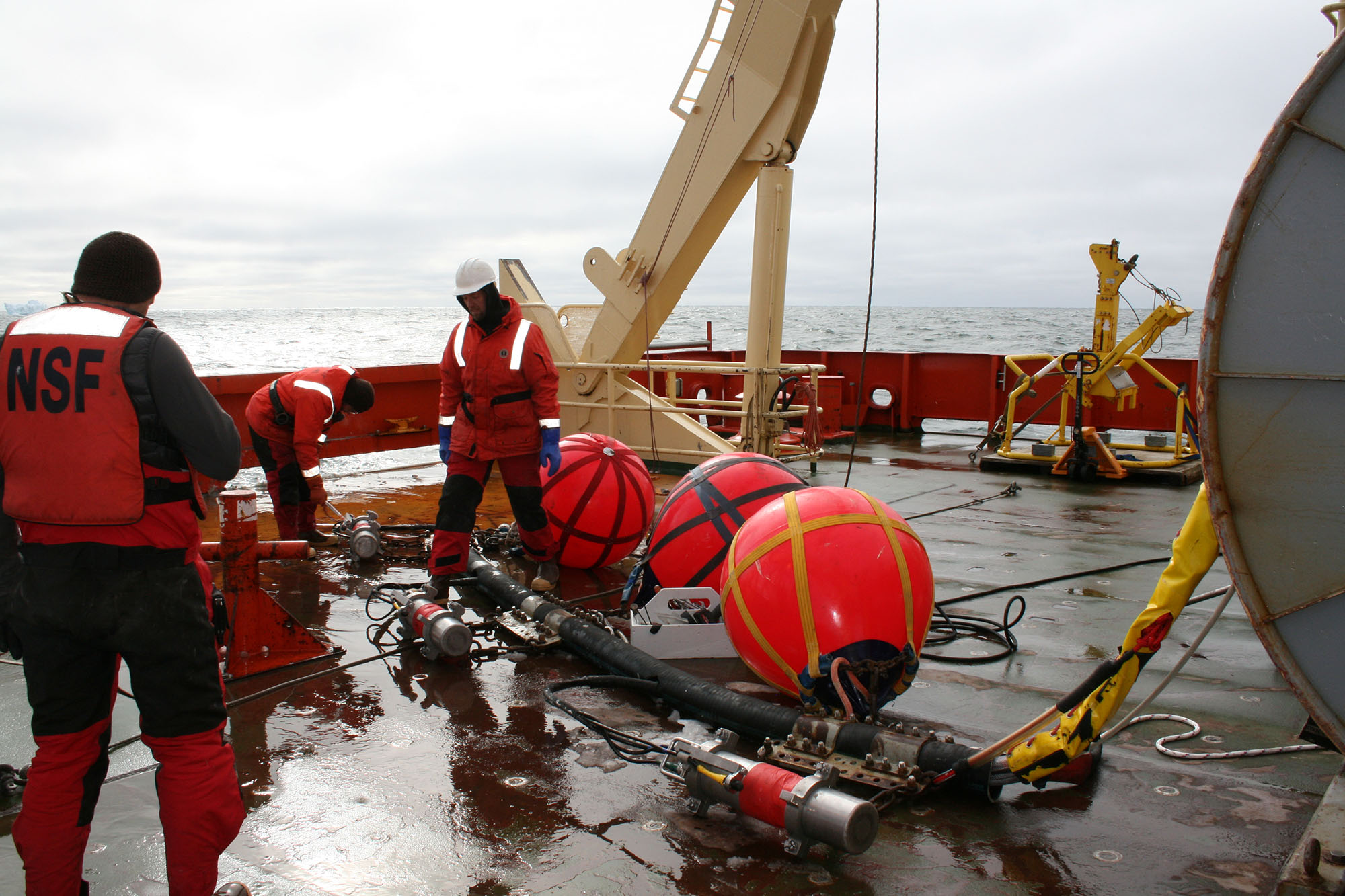 Before Bart, few researchers have focused solely on the ice sheet’s paleo-pinning points. Not only will his study provide a better insight into how ice sheets behave, it will provide a clearer time frame of the changes occurring in environments across the world.

“And those ‘five minutes’ in this case may be a few centuries for significant effects to happen. So, it might not be in our lifetime, but it will be in someone’s lifetime. Antarctica researchers are concerned because there is a current acceleration in ice shelf melting in several regions of Antarctica.”

Though the waxing and waning of ice sheets are part of an active climate cycle, in the last 30 years scientists have observed a series of unusual ice shelf collapses. Warmer waters in particular are encroaching more frequently than before, affecting the underwater surfaces of ice shelves. Warmer air is also melting the ice shelf’s exposed surface, forming ponds of meltwater, which trickle down through cracks in the ice, eroding it away from all angles.

Today, the Ross Ice Shelf covers an area as big as Texas, but Bart knows from previous research that the ice shelf was much larger in the relatively recent geologic past when it must have been grounded to Ross Bank. Since unpinning, the calving—the sudden breakaway of a mass of ice from a glacier or ice shelf—front of the Ross Ice Shelf has receded more than 200 kilometers, or just over 124 miles. The radiocarbon dates generated thus far indicate that the unpinning and retreat may have occurred as recently as about 350 years ago. And Bart wants to understand how and why the unpinning occurs. 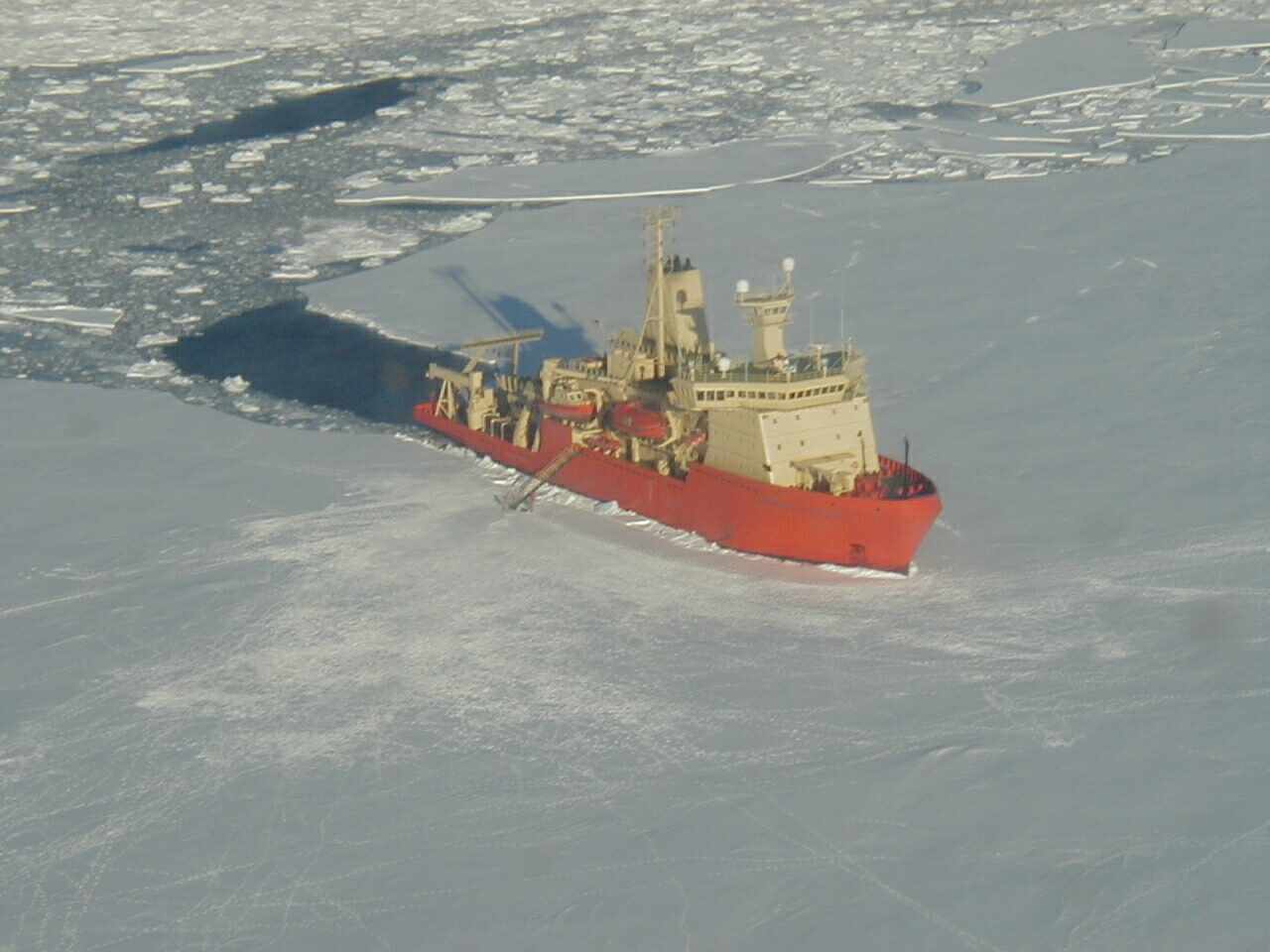 “In order to understand the big picture of how the ice sheets may oscillate in the future, we have to understand how this part of Earth’s climate system has fluctuated in the past,” Bart said.  “The results of this new study focus on an important prior unpinning of Ross Ice Shelf from Ross Bank. Approximately 30 percent of the ice sheet flow converges into Ross Sea. Thus, the data on a paleo-unpinning from Ross Sea should provide much detailed insight into how and why such events occur as well as how ice sheet and ice shelf flow subsequently reorganize.”

There are pinning points, like those in the Ross Sea, all around Antarctica, so what happens if all of the ice shelves become unpinned and send the continent into a state of instability?

Hypothetically, if all of the Antarctic ice sheets were to melt, the sea level would rise more than 60 meters, or 180 feet. Much of Louisiana would find itself underwater, as would Florida and all other coastal areas.

“The unpinning from the Ross Bank, left only two pinning points, Ross and Roosevelt Islands, that stabilize the extent of the Ross Ice Shelf. Their unpinning would be devastating for the stability of this large sector of the ice-sheet.”

But Bart says it’s important to keep in mind that this won’t happen in the short-term future. “With an enormous amount of ice, there would have to be a tremendous transfer of energy to melt such a huge volume,” Bart said. “Maybe it won’t happen in our lifetime, but we can’t discount the strong geologic evidence that even in the relatively recent geologic past, there have been large sectors of the ice that have disintegrated and retreated.”