LSU Researchers Discover Minerals in Volcanic Rock that May Offer New Insights into the First 1.5 Billion Years of Earth's Evolution 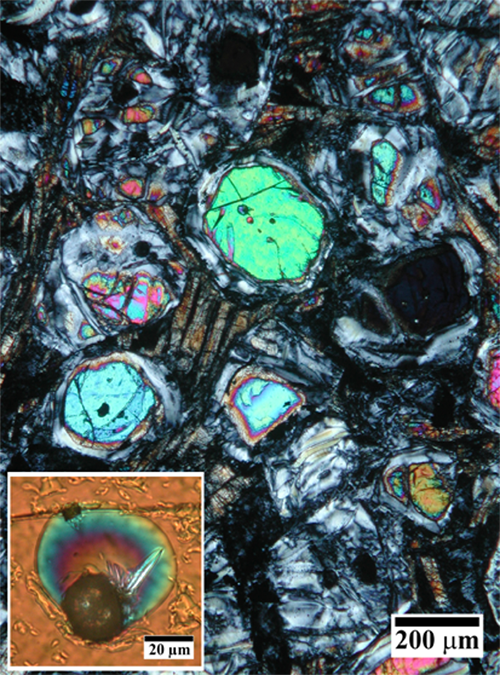 The first 1.5 billion years of Earth’s evolution is subject to considerable uncertainty due to the lack of any significant rock record prior to four billion years ago and a very limited record until about three billion years ago. Rocks of this age are usually extensively altered making comparisons to modern rock quite difficult. In new research conducted at LSU, scientists have found evidence showing that komatiites, three-billion-year old volcanic rock found within the Earth’s mantle, had a different composition than modern ones. Their discovery may offer new information about the first one billion years of Earth’s development and early origins of life.

Results of the team’s work has been published in the October 2017 edition of NATURE Geoscience.

“Early workers had mapped large areas incorrectly by assuming they were correlatives to the much more famous Komati Formation in the southern part of the mountains. We recognized this error and began a detailed study of the rocks to prove our mapping-based interpretations,” said Gary Byerly. 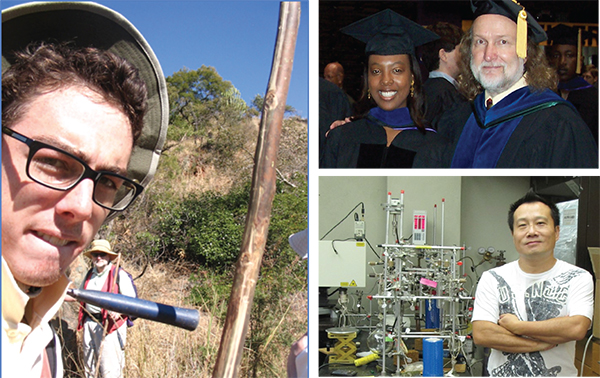 Within the rocks, they discovered original minerals called fresh olivine, which had been preserved in remarkable detail. Though the mineral is rarely found in rocks subjected to metamorphism and surface weathering, olivine is the major constituent of Earth’s upper mantle and controls the nature of volcanism and tectonism of the planet. Using compositions of these fresh minerals, the researchers had previously concluded that these were the hottest lavas to ever erupt on Earth’s surface with temperatures near 1600 degrees centigrade, which is roughly 400 degrees hotter than modern eruptions in Hawaii.

“Discovering fresh unaltered olivine in these ancient lavas was a remarkable find. The field work was wonderfully productive and we were eager to return to the lab to use the chemistry of these preserved olivine crystals to reveal clues of the Archean Mantle,” said Kareem

The researchers suggest that maybe a chunk of early-Earth magma ocean is preserved in the approximately 3.2 billion year-old minerals.

“The modern Earth shows little or no evidence of this early magma ocean because convection of the mantle has largely homogenized the layering produced in the magma ocean. Oxygen isotopes in these fresh olivines support the existence of ancient chunks of the frozen magma ocean. Rocks like this are very rare and scientifically valuable. An obvious next step was to do oxygen isotopes,” said Byerly.

This study grew out of work taking place in LSU’s laboratory for the study of oxygen isotopes, a world-class facility that attracts scientists from the U.S. and international institutions for collaborative work. The results of the study were so unusual that it required extra care to be certain of the results. Huiming Bao, who is also the head of LSU’s oxygen isotopes lab, said that the team triple and quadruple checked the data by running with different reference minerals and by calibrating with other independent labs.

"We attempted to reconcile the findings with some of the conventional explanations for lavas with oxygen isotope compositions like these, but nothing could fully explain all of the observations. It became apparent that these rocks preserve signatures of processes that occurred over four billion years ago and that are still not completely understood," said Benjamin Byerly.

Oxygen isotopes are measured by the conversion of rock or minerals into a gas and measuring the ratios of oxygen with the different masses of 16, 17, and 18. A variety of processes fractionate oxygen on Earth and in the Solar System, including atmospheric, hydrospheric, biological, and high temperature and pressure.

“Different planets in our solar system have different oxygen isotope ratios. On Earth this is modified by surface atmosphere and hydrosphere, so variations could be due either to heterogeneous mantle (original accumulation of planetary debris or remnants of magma ocean) or surface processes,” said Gary Byerly. “Either might be interesting to study. The latter because it would also provide information about the early surface temperature of Earth and early origins of life.”