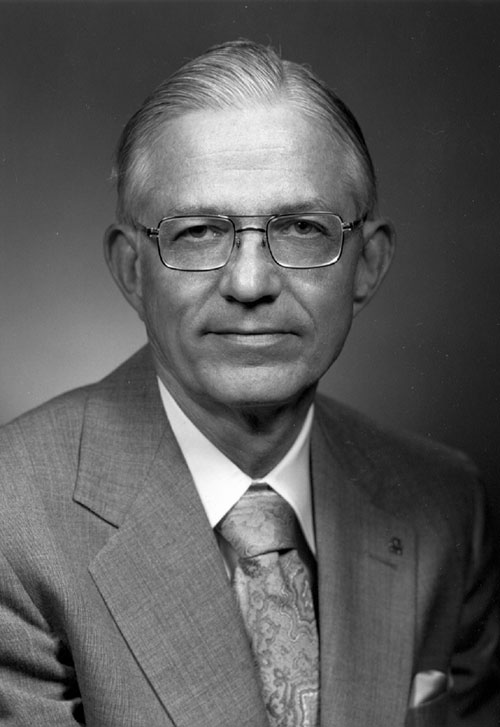 Mooringsport native and College of Science graduate Charles Barré died peacefully on November 18 at the age of 98. He was an avid supporter of LSU and the College of Science tirelessly giving his time and resources to support his alma mater.

Barré received his bachelor’s degree in industrial chemistry from LSU in 1943 and was a member of Lambda Chi Alpha. In 1946, he joined Marathon Oil Company in Texas City, Texas, and gained positions of increasing responsibility in Marathon’s operations in Munich, Germany, and Findlay, Ohio. At Marathon, he became vice president of refining in 1971 and was named director in 1977 until his retirement in 1984. He has served on the boards of many corporations and foundations including director of the National Petroleum Refiners Association from 1972 to 1983 and vice president from 1975 to 1978.

Barré was an active member and former chair of the College of Science Development Council, now known as the College of Science Dean’s Circle Executive Committee, and a member of the LSU Foundation. He and his wife Mary generously donated to various causes around the campus including the Lod Cook Alumni Center and Cook Conference Center and Hotel, the Andonie Museum. They also established the Charles and Mary Barré Alumni Professorship in Music and the Charles Barré Professorship in Chemistry.