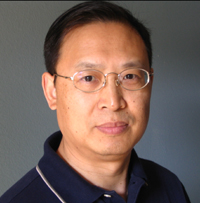 My medicinal plant career began when I grew trees for anti-cancer natural compounds. Trees produce their own “defense compounds” against herbivory and micro-organismic feeding. These defense compounds happen to be medicinal and anti-cancerous. Understanding the patterns of their production was the goal and foundation to “trick” the trees to produce more. One trick was to turn the tall trees into a bushy annual crop because they are proportionally high in bark material, which is richer in the desired compound than other tissues. It is very interesting that trees can be “guided” to become our raw pharmaceutical manufacturers. The major contribution to science is connecting the dots between biology and chemistry in a medicinal tree.

Extraction and standardization of bioactive extracts

Discovery of anti-angiogenic compounds from plants concentrates the attention to natural solutions. Under conventional approaches, the most potent (active) is taken and the rest, less potent ingredients, are abandoned. This often relates the biological responses to an acting compound and simplifies the understanding over the mode of action. However, the plants produce more than one active structure and use of them all is advantageous. We followed this thought and developed a reliable quality control protocol. We discovered one single active compound explained only partial activity when it is placed in the background of an extract and set the rationale for exploring synergy in exerting bioactivity.

Practical methodology of preparing botanical samples for effective bioactivity screening is my other contribution to science. People can do really well in drug discovery on the biology side or on the chemistry side, but when dealing with a complex botanical sample, preparation for bioactivity screening can be challenge. I have been caught in the middle between a bioassay lab and my medicinal plant lab. I found there are better ways to prepare samples suitable for accurate and efficient bioactivity screening. The experience is reported in the following paper and recognized in grant awards, which has been an interest to people working in the interface of botanicals and their bioactivity.

Poor solubility is often the major road block for oral bioavailability but other factors such as low permeability and rapid clearance due to metabolism are problematic for certain compounds. We use the solubility platform to formulate in principles of traditional Chinese medicine Jun Chen Zuo Shi and modern nanomedicine. Some effects have become quite promising.

I was trained as a plant physiologist and by chance started a career that evolved into medical research. For the past 19 years, I switched from my school training of understanding how trees physiologically responded to environmental stresses, to investigating natural products with focuses on identifying bioactive compounds and potential synergism among them. In recent years, a critical discovery was made over the solubilizing property of some natural compounds. This has caused another major shift of focus in my research career, one that evolves and is driven by discovery. Based on these discoveries, my interest grows in the area of developing bioavailable formulations capitalizing on the novel solubilization and nano-encapsulation method. This new experience has substantially opened a new research path to pursue.

In feasibility experiments with over 100 small molecules, many poorly soluble natural and structurally diverse drug compounds are solubilized to the degrees never seen or reported before by other formulation research laboratories and with a very unique “natural” tag. I benefited substantially from multiple disciplinary collaborations and brainstorm of innovations. For years, I have established stable and effective collaborations with oncologists, chemists, laboratory animal experts, pathologists, and still evolving. One example is our recent revelation that solubility enhancement is mechanized by the formation of water-soluble curcumin nanoparticle. This was done through the collaboration with a polymer characterization professor. Innovations are demonstrated by not only patent applications, but also by the transforming potential of these innovative ideas and practical values. My long-term goal is to develop several lines of natural-product-based platforms that can enable drug discovery and delivery more effectively and efficiently than the current technologies.

This is a sophomore level course that offers a comprehensive overview of a growing industry of medicinal plants. The course covers a wide variety of topics such as the chemical components in the plants, functions of secondary metabolites to plants themselves and as human medicines, potential applications of organic pesticides based on plants’ defense ideas and chemicals, rationale and methods of extraction, basic techniques in purification and extract standardization, determination of medicinal property, sources and uses of essential oils, issues of translating lab results to the clinic, product forms of dietary supplements, and rules and regulations regarding the uses of plant products. Students from renewable natural resources, horticulture, food science, plant pathology, entomology, pre-med, pre-vet, pre-dental, and other related areas will find this course relevant to a particular area of own interest with a rare glimpse into other fields surrounding them or other routes to science and knowledge. The greatest aspect is to gain a holistic view of the whole medicinal plants industry that spans from plants, chemistry, biology, and interfaces among them. The goal is to stimulate interests and open up options for future careers or develop a comprehensive understanding of a complex issue early on in their school learning. In addition to classroom learning, the course makes major effort to bridge internship opportunities in the rapidly developing hemp and nutraceutical/supplements industry. Moreover, it serves to gain better understanding on the roles of medicinal plants in maintaining a healthy life style.

The Introduction to Medicinal Plants course is required for the new curriculum “Medicinal Plant Sciences”. For more information, go to the website: https://www.lsu.edu/agriculture/degree_programs/medicinalplantsciences.php
or contact Dr. Liu at zliu@agcenter.lsu.edu.