Explaining the Religious Vote for Trump 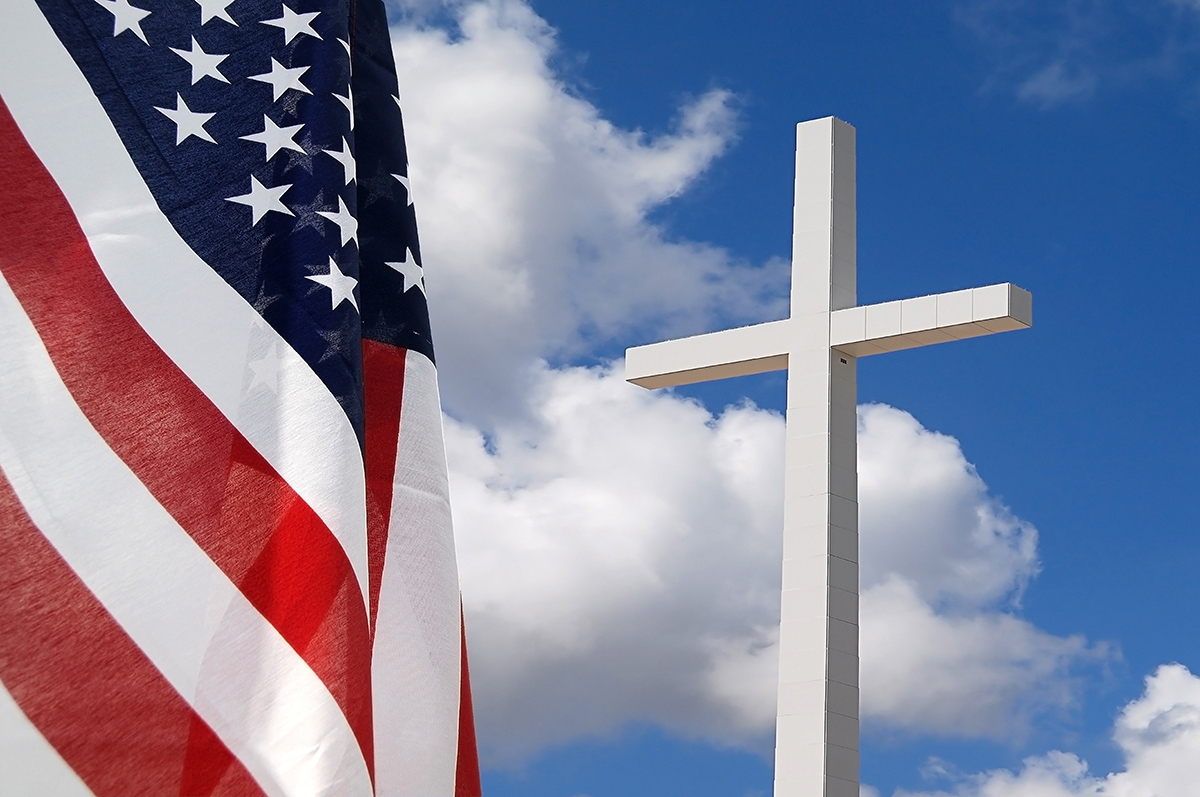 The researchers were not surprised to see how Christian nationalism drove a big part of the so-called “religious vote” for Trump in 2016, but quite surprised to see that the connection was so strong for voters who don’t attend church, compared to those who do.

BATON ROUGE, November 9, 2020—Christian nationalism is thought to have been an important factor in the election of Donald Trump as President of the United States in 2016—and likely drove many of his supporters to the polls in 2020. Now, new research shows Christian nationalist support of Trump isn’t tied to religious institutions or attending church on a regular basis. Instead, it’s tied to not attending church.

Regardless of political or personal background, voters who hold strong Christian nationalist values voted for Trump at high levels if they didn’t go to church, according to 2017 survey data analyzed by Samuel Stroope and Heather Rackin, associate professors of sociology in the LSU College of Humanities & Social Sciences, with co-authors Paul Froese of Baylor University and Jack Delehanty of Clark University. The researchers define Christian nationalism as a set of beliefs about how Christianity should be prioritized in public life, in laws, and in America’s national identity. In a forthcoming paper in Sociological Forum, titled “Unchurched Christian Nationalism and the 2016 U.S. Presidential Election,” they call for nuance in explaining the so-called “religious vote” for Trump:

“The 2016 election may not be a straightforward story of religious communities coalescing around the Christian nationalist candidate (…) Christian nationalism operates differently for those inside and outside of religious institutions [and] religion’s most dynamic effects on U.S. politics may have less to do with what happens inside churches than with how people—whether they are individually religious or not—use religious ideas to draw and impose boundaries around national identity.”

Stroope and Rackin pull together several threads from previous research. First, how Christian nationalism can be seen as an aspect of a larger populist ethos of victimization, embattlement, and resentment. Trump received significant support from alienated Americans who appear to be disengaged from religious congregations and other social institutions. Second, how Christian nationalist rhetoric can indicate nostalgia or be used as a veil for increasingly unpopular opinions, such as racial bias or anti-LGBTQ views. Referencing previous research, the authors write that “many Americans now feel that they are victimized for expressing traditional values concerning marriage, sexuality, and gender identity.”

“Institutions in general can have a stabilizing effect on people’s lives and ideologies,” Stroope said. “People who want to have their views ‘checked’ might also self-sort into institutions. Furthermore, religious communities can have a stress-buffering effect, so people feel less desperate for an authoritarian figure like Trump.”

Stroope and Rackin suggest the 2016 Christian nationalist vote for Trump was buoyed by the religiously disconnected, or “unchurched.”

Their analysis using national data confirmed that churchgoers overall were more likely to vote for Trump than non-churchgoers. But these findings became more interesting when the researchers took Christian nationalism into account, indicated by voters’ agreement or disagreement with statements such as “the federal government should declare the United States a Christian nation,” or “the success of the United States is part of God’s plan.”

LSU sociologists Samuel Stroope and Heather Rackin cannot dismiss the possibility of Christian nationalism becoming an even stronger driver of American politics in the future.

What motivated Stroope to study the religious vote for Trump in the first place was the “dissonance” he perceived between why churchgoers would vote Republican and Trump’s style of Christian nationalism.

“Some of what I saw didn’t quite mesh for me,” Stroope said. “On the one hand, I heard anecdotal reports of patriotic church services and commentators’ claims that Christian nationalism explained the ‘religious vote’ for Trump. Clearly, just like in other recent elections, the religious vote mattered in 2016, but I questioned whether it was because of Christian nationalism. On the other hand, research coming out of Europe on right-wing populism suggests how it seems to activate religious identity among people who aren’t regular churchgoers. In some ways, Trump is actually the perfect candidate for people who aren’t very religiously observant yet have Christian nationalist sentiments. He may have attracted unchurched Christian nationalist voters because he uses pro-Christian language but is himself not personally religiously observant.”

So, rather than being a story of how the religious nationalist vote for Trump was driven by Christian leaders, churches, and institutions, Stroope and Rackin suggest that it was buoyed by the religiously disconnected.

“You have to keep in mind that religion is complex and multidimensional,” Stroope said. “It shouldn’t be surprising that many people who don’t attend church still have religious beliefs and identities, and these religious identities can be used to draw boundaries, infer value, and be a salve for alienation in a changing America.”

“In a relatively short time in our country, we’ve also seen rapid demographic and cultural change,” Stroope continued. “With the first Black president in Barack Obama and marriage equality, many people see rapid changes in American society, and this can feel distressing or at least disorienting to some. And if they don’t belong to a community or church where they can feel anchored and emotionally supported, their feelings of distress probably aren’t soothed by things like talk radio, cable news, or social media. Likely the opposite. If they fear their identity or way of life is threatened, their distress may fester.”

With religious attendance generally in decline, great uncertainty with the U.S. economy due to COVID-19 and a changing climate, Stroope and Rackin cannot dismiss the possibility of Christian nationalism becoming an even stronger driver of American politics in the future.

“There is room for yet more surprises,” Rackin said.