LSU has licensed access to a vast library of bioremediation microbes to the national environmental services firm Cameron-Cole, LLC. The library was developed by Environmental Sciences Professor Emeritus Ralph Portier over almost 40 years as he and LSU have helped private companies as well as local, state, and national government organizations mitigate a wide range of environmental hazards in the U.S. and across the globe. 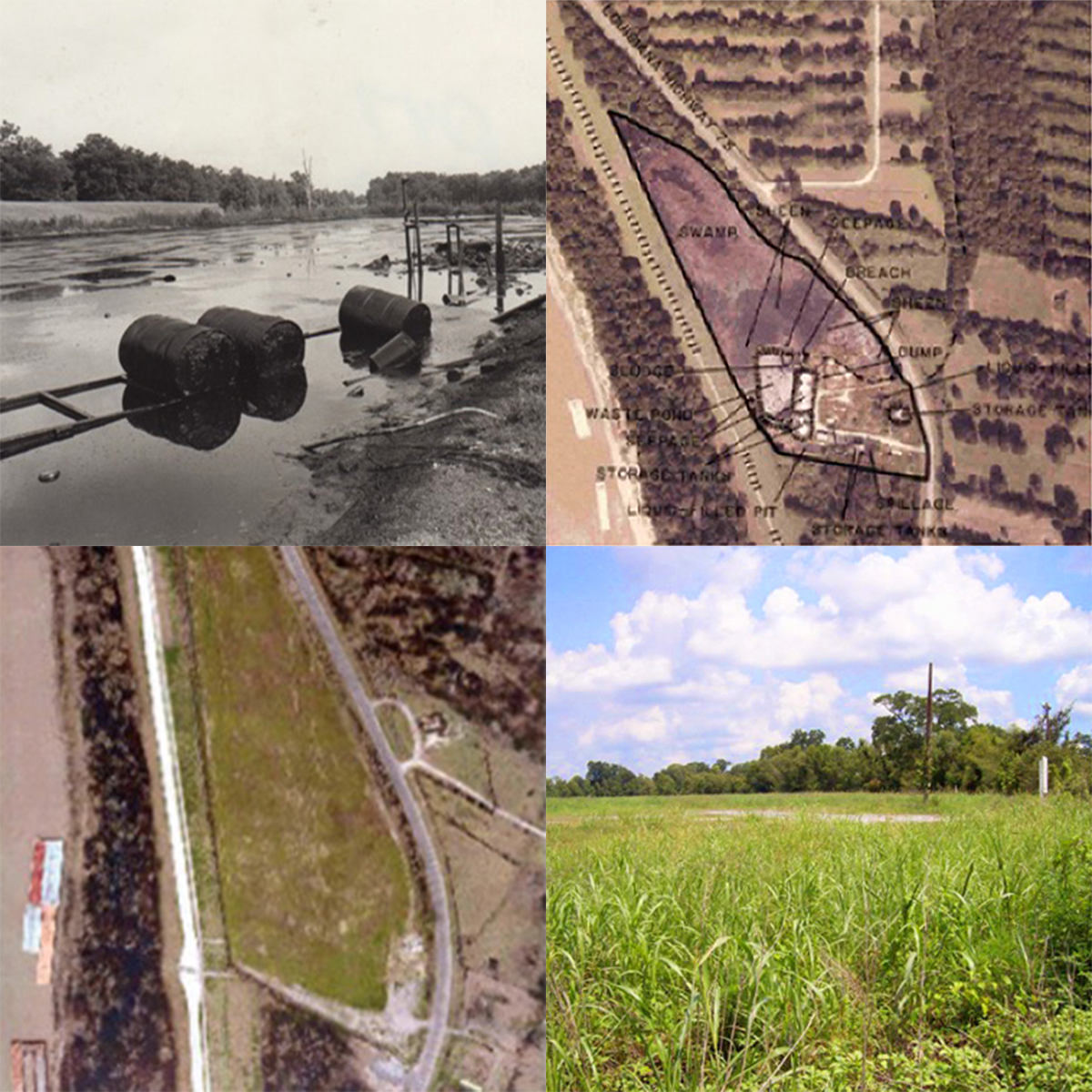 The Old Inger Oil Refinery in Darrow, Louisiana was a toxic Superfund site until it was remediated with LSU’s help.

“The challenge with Old Inger is that we had all kinds of contamination right at the foot of the Mississippi River levee,” Portier said. “They couldn’t dig up and haul away the toxic dirt because the levee could fail, and they couldn’t bury the toxic dirt because the sheer weight of the mound could destroy the levee, too. That’s why we came up with a plan to degrade everything in place using microbes, and it worked out.”

BATON ROUGE, July 30, 2020 — LSU has licensed access to a vast library of bioremediation microbes to the national environmental services firm Cameron-Cole, LLC. The company has previously been working with LSU scientists on specific projects for multiple clients in the manufacturing, petrochemical, construction, waste management, and military industries for over a decade. Much of that work has been sourced from the 11,000-organism-strong bioremediation library Environmental Sciences Professor Emeritus Ralph Portier developed over almost 40 years as he and LSU have helped private companies as well as local, state, and national government organizations mitigate a wide range of environmental hazards in the U.S. and across the globe. Now, Cameron-Cole will have a valuable resource at its fingertips to help its own clients.

Microbes can be used to break down dangerous chemicals and pollutants, including fuels, plastics, herbicides, and pesticides. For most of his career, Portier—an expert on ecotoxicology and bioremediation—designed custom bioreactors to do just that, ranging in size from something close to an ink pen to tanks as tall as four-story buildings. Bioreactors (microbial habitats, if you will) are filled with bio-beads covered with specific microorganisms and the round shape of the bio-beads allows for some empty space in between them. Next, polluted water is pumped in and the microbes get to work degrading and breaking down the contaminants. Of course, only certain microorganisms are able to “eat” certain chemical compounds. Over the years, Portier and his LSU team identified new microbes and figured out which would be the best match to also keep each bioreactor more or less self-sustaining over time. In some cases, Portier and his team would chain different bioreactors together to perform complex remediation tasks more efficiently.

“Microbes are lazy,” Portier said. “They chew up the easy stuff first. The reason you don’t find sucrose or glucose loose on the planet is because microbes have eaten it. When you design a bioreactor, you have to make sure the system doesn’t lose its genetic signature because you gave them something too easy to eat. If there are complicated compounds to break down, you might have to chain bioreactors together so the microbes in the last one don’t have the choice to derive energy from simpler sources. If you can figure that out, the only question that remains is how long and how fast you can pump the water through.”

The best possible outcome from each system would be polluted water going in and clean water going out, along with carbon dioxide and some harmless biomass. The better the match, the cleaner the water. But Portier did not only work on wastewater and ground water, he worked on soil and sediments, too, helping companies in Louisiana and throughout the world conduct their businesses more sustainably and avoid potentially bad reputations and costly fines.

“As companies want to be green and pro-environmental, you have to remember there’s another green involved here too, and that’s money,” Portier said. “There is a huge business incentive to this as well, because a good environmental policy is a good economic policy. It costs a lot of money to be in violation of the federal guidelines, and companies can’t afford to lose their permits.”

“Also, a lot of these large industrial and chemical plants that we have down here in Louisiana bring great value to our state,” Portier continued. “Jobs are important, and if we can help some of these companies solve possible environmental problems so they can stay here and expand, that’s great for Louisiana. Plus, they hire my students!” 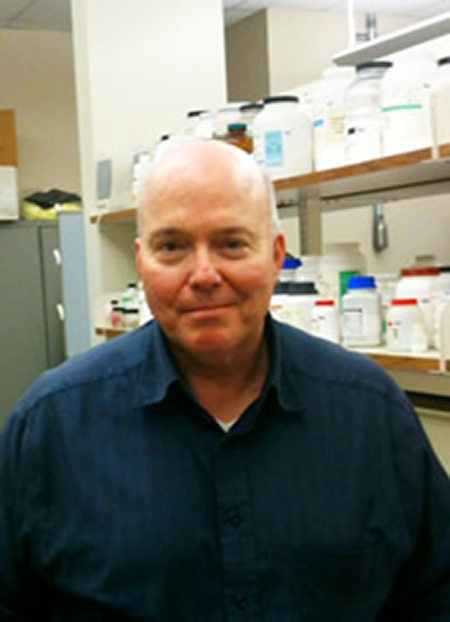 Ralph Portier received his Ph.D. in oceanography and coastal sciences from LSU in 1982 and was hired as an assistant professor at the university in 1984. Focused on coastal and marine pollution problems, he holds eight patents related to bioremediation of contaminated sediment and soil using so-called bioplugs.

“Louisiana is the optimal place to learn about coastal and riverine pollution,” Portier said. “I’d always tell my students; within a 25-mile radius of LSU, we have every toxin known to man.”

In his work at LSU, Portier helped shape policies and processes for the Environmental Protection Agency, or EPA. To date, some 265 sites across the country and 12 international sites have been successfully remediated using LSU biotechnology patents and intellectual property developed by Portier. Some of the projects he’s been involved in include the cleanup of an oil refinery in Ascension Parish, Louisiana; a creosote wood treatment factory in Baldwin, Florida; an army ammunition plant in Karnack, Texas; and a wool scouring mill in Yorkshire, England.

With the licensing of Portier’s technology to Cameron-Cole and potentially other industry partners, LSU is able to share knowledge that was primarily developed in university labs to have a greater impact everywhere.

“This agreement will enable us to work even more closely with LSU’s core resources to expand our bioremediation capabilities,” Tim Hobbs, Cameron-Cole’s COO and principal hydrogeologist, said. “These microorganisms have proven to be effective on hydrocarbon fuels, chlorinated hydrocarbons, and pesticides/herbicides, transforming them into harmless compounds.”

“It’s a good legacy to have; to have gone places and left them in a better shape than how you found them.”—Ralph Portier

Cameron-Cole President Jerome Edwards remarked on the value of his company’s long-term collaboration with LSU and continued access to university research expertise in microbiology.

“It has been inspiring to work with Professor Portier,” Edwards said. “His creative problem-solving is contagious and has led our consulting professionals to identify opportunities for LSU’s team to develop new approaches to previously unsolvable situations. We knew we had done our job well when he would say, ‘Why don’t you bring me an easy contaminant sometime, and not all of these difficult ones?’”

One can think of Portier’s library as a collection of microorganisms and preferred recipes Cameron-Cole can use to design unique microbial communities to help their clients manage industrial and petrochemical waste before it becomes “pollution.”

“For implementation, university researchers like me need companies like Cameron-Cole,” Portier said. “Our work at LSU—we would make an initial evaluation, develop a work plan, conduct a lab feasibility study, then a field pilot, and finally do a field implementation. Most of our work was in coming up with the know-how and figuring out solutions, doing pilot studies showing how bioremediation can be done. For wide-scale implementation, however, universities must partner with industry and government. We can show them how to do it and that it can be done, but they have to take the lead with the technology.”

The licensing of Portier’s library fits well into LSU’s overall mission to share knowledge and resources developed at the university with private industry as well as the general public.

“Portier has made foundational contributions to bioremediation research at LSU, in Louisiana, and across the nation for nearly four decades,” Vice President of Research & Economic Development Sam Bentley said. “We are grateful for his leadership in this field and proud of the worldwide impact of his work.”

Portier emphasized that bioremediation is good business and an easy “sell” for most private companies.

“Bioremediation is an attractive approach because you’re using a decomposer and the natural carbon cycle to clean something up,” Portier said. “Remember, hazardous waste is just carbon in the wrong form and in the wrong place. Some things that are problems in one place can be solutions in another.”

During his career, Portier helped remediate several so-called Superfund and RCRA sites, which are designated by the EPA as toxic and in need of cleanup. In Devil’s Swamp, miles north of Baton Rouge—“a horrible site”—Portier found a microbe in the soil that turned out to be so useful for breaking down chlorinated phenolics and chlorinated benzenes (common in herbicides and pesticides and ubiquitously found in ground water) that he named it LSU-101. He later used it in the design of several bioreactors and other remediation projects.

“Based on field samples, we’ve been able to create custom solutions in the lab, including for the same contaminant in different areas,” Portier said. “If we had pesticides running off a sugarcane field in St. James Parish and the chemicals made it all the way to Grand Isle, we could simulate both scenarios in the lab with different groups of organisms and figure out how to help in both places.”

“It’s a good legacy to have,” he concluded. “To have gone places and left them in a better shape than how you found them.”