An LSU research group has been participating in Google Summer of Code since 2014, and for the first time since then, an LSU student is among those who will be paid by Google to help make the group’s high-performance computing solutions even faster and more efficient. 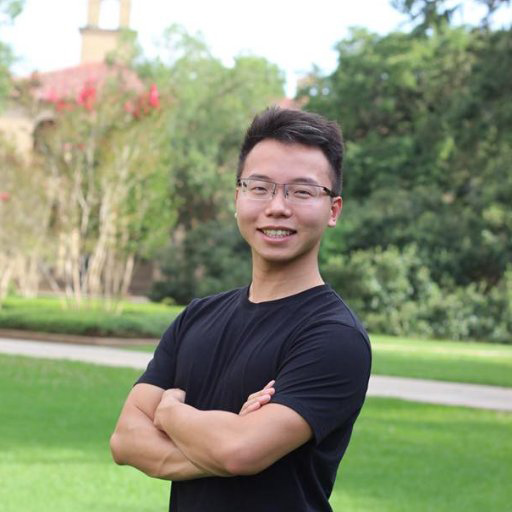 Weile Wei is the first LSU student since 2014 to participate in Google Summer of Code as part of the LSU STE||AR Group.

Each summer, students travel all over the world to be matched with mentors and various open-source software development projects. Google Summer of Code has connected more than 15,000 students, 109 countries, and 686 different organizations since the program began in 2005.

Over the years, a total of 22 students have joined the LSU STE||AR Group for Google Summer of Code “to help push the bar on what’s possible,” according to the group’s website. Housed in the Center for Computation & Technology (CCT), the STE||AR Group has 18 members and is led by Hartmut Kaiser, a CCT senior research scientist and adjunct assistant professor in the LSU Departments of Computer Science and Electrical Engineering. Kaiser is one of the world’s leading developers of the C++ programming language and a featured Collaborative Champion in the latest issue of LSU Research magazine.

The STE||AR Group has received significant support for its projects, and not just from Google. Kaiser is the principal investigator on four current grants, including from Booz Allen Hamilton (Department of Defense), Sandia National Lab, Oak Ridge National Lab, and Los Alamos National Lab for a total amount of $2.1M. The reason the research group’s name is written a little funny (STE||AR as opposed to STELLAR, an acronym for System Technology, Emergent Parallelism, and Algorithm Research) is because much of its work is focused on parallelism, a way to divvy up tasks between multiple computers, or multiple threads in the same computer, to make the overall work go faster—a key to scalability. Complex algorithms control exactly how the work is split up, with nothing getting lost or corrupted along the way. Without parallelism, the advanced graphics in most video games would not be possible to render before you, the hero, would already have leapt into your next adventure.

“It’s a special pleasure for us to have an LSU student on board to work with us this summer.”—Hartmut Kaiser

This summer, the STE||AR Group will be joined by five students, four of which will be coming from Arizona, Greece, and India: Sayef Azad Sakin from University of Arizona will be using Javascript to implement a front-end interface to allow users to visualize parallel runtimes on the Traveler platform; Ioannis Gonidelis from Aristotle University of Thessaloniki will adapt currently used parallel algorithms to allow iterators (a language feature that selects objects in a set, one by one) to change between the beginning and end of a process; Pranav Gadikar from the Indian Institute of Technology Madras will help improve modeling of cracks and fractures in materials where the computation itself must be load-balanced to efficiently analyze parameters in not just one point, but in an area; and Mahesh Kale from the Indian Institute of Technology Roorke will use the programming language Python to create a distribution package for the Phylanx toolkit. The fifth student, Weile Wei, will not be traveling across the world but simply walking over to CCT from Patrick F. Taylor Hall on the other side of campus to work on concurrency challenges in HPX, the open-source C++ runtime system for parallel and distributed applications that Kaiser and the STE||AR Group are working to develop. HPX is mostly used for scientific and industrial applications, but the LSU team hopes to expand its influence to include common applications that touch our everyday lives.

“I love to be part of this world-wide program and spend my summer in this meaningful way—writing good code,” said Wei. “There are not many C++ projects that are part of Google Summer of Code, and the STE||AR Group is one of the most active C++ communities with members who have years and years of experience. My project requires deep understanding of concurrent data containers, threading synchronization mechanisms, and advanced C++ programming, so LSU and the STE||AR Group is the best place for me.”

Wei will receive his master’s in computer science from LSU this month and continue as a doctoral candidate in the fall. Last year, he became more familiar with HPX as a software engineering intern at Oak Ridge National Lab in Tennessee—knowledge he now will use as part of the STE||AR Group.

“Our group benefits greatly from the cutting-edge work the students do as part of Google Summer of Code,” said Kaiser. “Our involvement with the program is a confirmation of the importance our work has for the community all around the world, and we’re very happy to be chosen by Google year after year to mentor several students. Also, it’s a special pleasure for us to have an LSU student on board to work with us this summer.”

The STE||AR Group organizer for Google Summer of Code is Patrick Diehl at CCT/LSU in collaboration with Mikael Simberg and John Biddiscombe at the Swiss National Supercomputing Centre (CSCS).

One of the STE||AR Group members, Steven Brandt, also just received a $427,000 grant from the National Science Foundation to improve the cyberinfrastructure framework used by the Einstein Toolkit, a collection of computational tools to advance research in relativistic astrophysics and gravitational physics.