04/23/2020
BATON ROUGE - LSU College of Art & Design graduate Thomas Wimberly’s art work recently found a new, larger home when it was displayed on the side of a New York City hospital. Wimberly said the piece, called “Global Forefront,” gives thanks to the world’s essential workers during the COVID-19 pandemic.

“I’m so excited to see my work resonating at such a scale, and to be able to bring it directly to those working tirelessly was a truly humbling experience for me,” said Wimberly. “I wanted to bring attention to the incredible service they are performing for the rest of us. I thought that, of course, the mask was a good place to start.”

His first version, and what Wimberly calls “USA Forefront,” features a woman wearing a face mask displaying the American flag. Wimberly said he used his wife as a reference for the eyes and mask.

“More than anything I used the flag simply because I could personally attest to the sacrifice and hard work people like doctors, nurses, grocery store workers, and even sanitation workers, to name a few, had been doing here in my own country, based on my own observance,” said Wimberly. “My work has had a common thread of being critical and confrontational about the country and world around me. In this case, I thought a more positive, unifying message would better serve for the respect I had for my fellow working-class Americans during this time.”

Then the piece took on a global change when an art and design lab called Amplifier, which focuses on using art to highlight grassroots movements. Wimberly has worked with this group and the past, and this time they used his “Global Forefront” art to advertise for their campaign to collect art relevant to the current pandemic.

“I wanted to make something that would resonate with the world as a whole. I realized that modifying my design to be more global would serve the better good. So in the mask, I switched out the American flag for a world map. I also switched out the star in the background for a globe,” Wimberly said.

That updated design was then enlarged on NYU’s Langone Hospital in New York City, one of the country’s hotspots for coronavirus cases.

“Amplifier teamed up with The Illuminator, a New York City group of art-activists, and they projected my image, as well as other artists’ work onto various hospitals and places where those working the frontlines could see it,” said Wimberly.

Wimberly said his work typically focuses on topical and socio-political issues, “to help spread awareness on issues I think are important, and designing for causes that I support.”

“More than anything, I just hope I can move forward and use my interest to better our society, in whatever small ways I can affect,” Wimberly said.

After receiving his degree from LSU in 2014, Wimberly has worked at multiple Louisiana design agencies, freelanced, and more recently moved to Los Angeles to build a career as a fine artist. 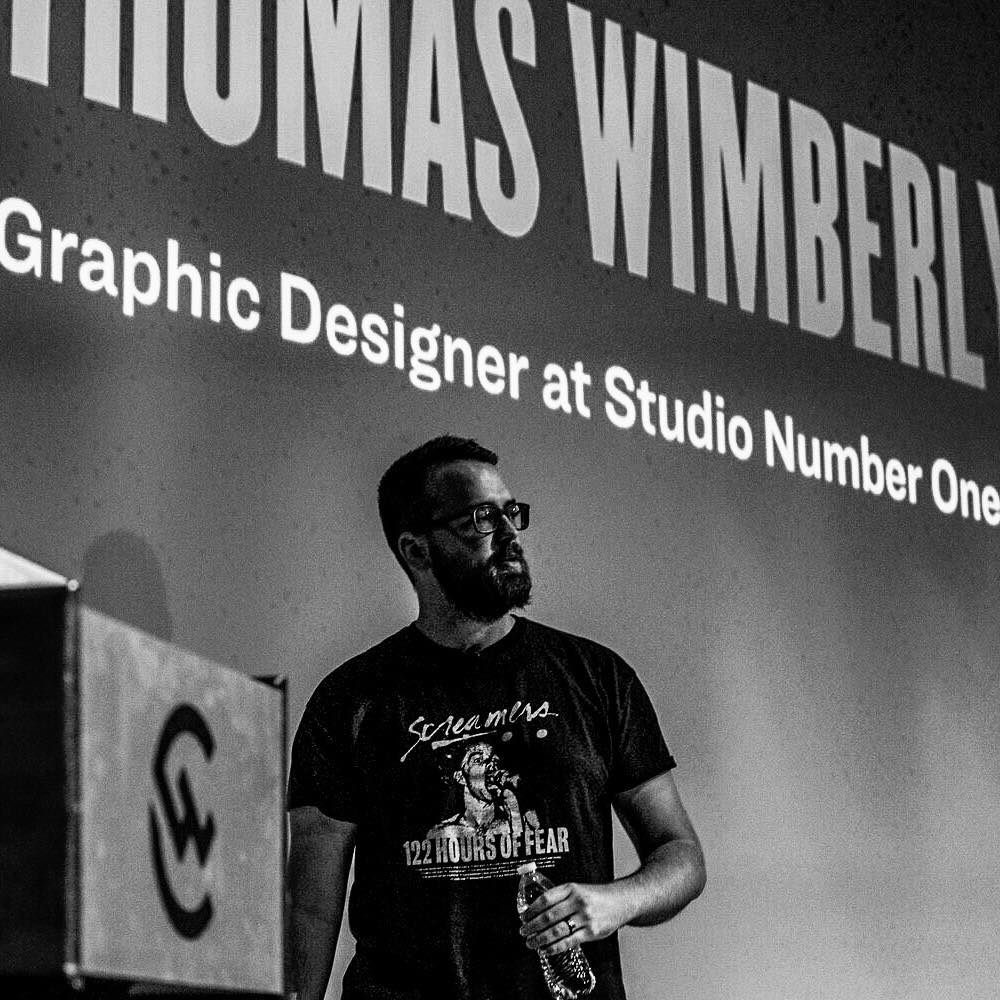 “This path helped to land me my dream job, learning directly from Shepard Fairey and working as an art director at his design agency, Studio Number One in Los Angeles, where my wife, Brooke, and I currently live with our bulldog, Mac.

He said, “They helped me out and encouraged me more than they could ever realize,” and Wimberly said his time at LSU was influential to his career.

“I look back (on my time) at LSU as the connecting source to some pretty pivotal moments in the foundation that would become my career, and my life. It wasn’t until I left that I realized the growth I’d experienced because of those connections,” Wimberly said.

Now his work is making connections to people around the world.

“Whether it be the medical staff treating those physically affected; the grocery store worker stocking shelves amidst the chaos; or even the sanitation specialists, postal service workers and countless other professions making sure the rest of the world spins, this pandemic has shown us which societal roles are truly ‘essential.’ I really hope people are able to use this image as a way of spreading thanks to those individuals, while at the same time reminding us that we are unified as a planet in these chaotic and uncertain times,” he said.