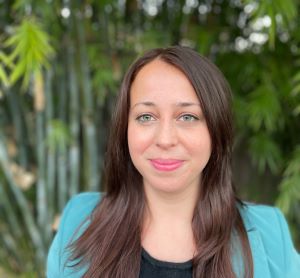 Although “regional” in a strict sense, Tori’s research deals with global themes: the Anthropocene, migration in the age of environmental collapse, and Orientalism. Her dissertation uses an interdisciplinary archive of literature, maps, and film to investigate how, in an era of global environmental crisis, the very small island of Isle de Jean Charles has been constructed through a white western lens as an environmental sacrifice zone, or in her phrase, “eco-orientalized.” Tori has lived in New Orleans for the last ten years and in that time has shared her skills as a teacher, writer, and researcher with local communities. She co-edited the recently-published collection The Gulf South: An Anthology of Environmental Writing (University Press of Florida, 2021).

Isle de Jean Charles is about eighty miles from New Orleans. It once stretched 22,000 acres, but due to land subsidence and rising oceans has shrunk to only 320 acres. The island has a long history as a site of indigenous resistance to America’s white settler strategies of claiming and exploiting land, and in 2016, it was one of a two indigenous communities to receive a federal grant to relocate people off the island because of climate change. (Ironically, last year the community returned this grant because of its inability to work with State government.) In pursuing a project that is hyper-focused on such a tiny geographic space, I hope to call attention to the dialectic between small, regional spaces and global conceptualizations of the Anthropocene.

You taught creative writing at Orleans Parish Prison. What was that like?

I taught for three years at Orleans Parish Prison with a group of teachers from the University of New Orleans. Classes were on Monday nights. Some women came only once, others a handful of times, and a few came to every single class I taught there. When I left, some were still waiting to receive their trial, even after all that time. I think this experience taught me a deep appreciation of non-hierarchical teaching. Who was I to walk in that space and try to teach someone who was struggling to receive basic human rights? We all brought our own ideas to the reading we shared, which informed our conversations. We even edited together a chapbook of their writings, which we were able to send to their families. It was published by UNO Press and Deb Luster, an award-winning photographer donated the cover image. It’s a beautiful book and a testament to the work they put into their writing and thinking beyond the boundaries of that place.

Right now I am reading Entangled Life by Merlin Sheldrake, which is just a pearl of a book. Sheldrake is a biologist who specializes in fungi and traces cultural, historical, and social ideas from the rhizomatic roots of the mushroom. He gets into the dirt and traces the fungal roots of the world and even takes hallucinogenic mushrooms as part of a scientific experiment to see if it can help solve creative problems. If you like Anna Tsing’s The Mushroom at the End of the World, this book will also be up your alley.