Sigma Phi Epsilon was founded on three cardinal principles: Virtue, Diligence, and Brotherly Love. Each brother stands by his oath to be a leader, scholar, athlete, and gentleman – ideals of the balanced man. With more than 260 chapters nationwide and 255,000 brothers, SigEp boasts the largest membership of any national collegiate fraternity. SigEp at LSU maintains an active social calendar, including exchanges with all sororities, bus trips across Louisiana, formals, and semi-formals. The LA Beta chapter has a rich tradition of being active on campus, with brothers having served as Student Body Presidents, Interfraternity Council presidents, Homecoming kings, and various leadership roles. SigEp prides itself on having a competitive intramural program, the highest GPA among IFC chapters almost every semester, and a commitment to its philanthropy, Friends Helping Kids. It is through these accomplishments and more than the men of the Louisiana Beta chapter hold themselves to the highest standards. 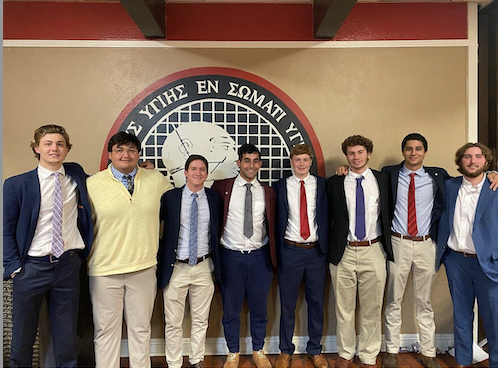 Beginning in 2023, chapters will be evaluated through the Standards & Recognition Program (STAR).

No violations within past 7 years.

*LSU Fraternity & Sorority Life is committed to accountability and transparency in reporting violations. The above record details violations including university disciplinary, hazing, alcohol, sexual misconduct, drug, and endangerment that occurred in the past seven years. Older records are available by request to greeks@lsu.edu.