One of the most remarkable developments in political and moral philosophy in recent years has been the resurgence of interest in the ancient and medieval authors Aristotle and Thomas Aquinas. Both wrote extensively on morals and politics, the latter offering detailed commentary on the former while adapting his work in light of the advent of the Christian faith; together they were attacked and rejected by many of the better-known philosophers of modern politics. With the crises of modern regimes in the 20th century, however, the question arose whether the attacks were justified and the rejection premature.

In this course we will read the two authors in turn, concentrating on their moral and political works, but paying attention as well to their treatment of physics, metaphysics, and what has come to be known as epistemology. We will take seriously the classical texts themselves, but will also consider their meaning in the world today. 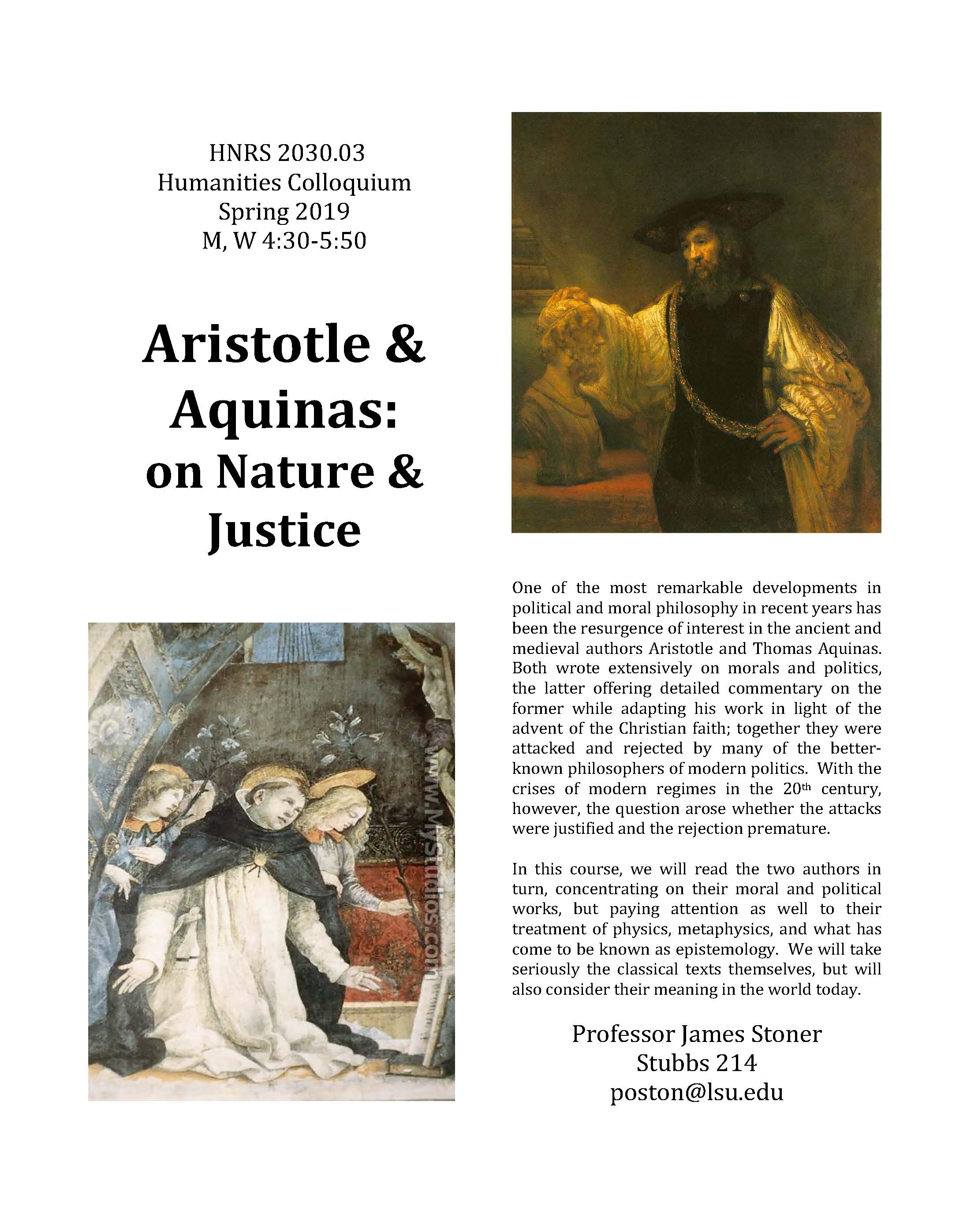