LSU welcomes its 36th winner of the Goldwater Scholarship. 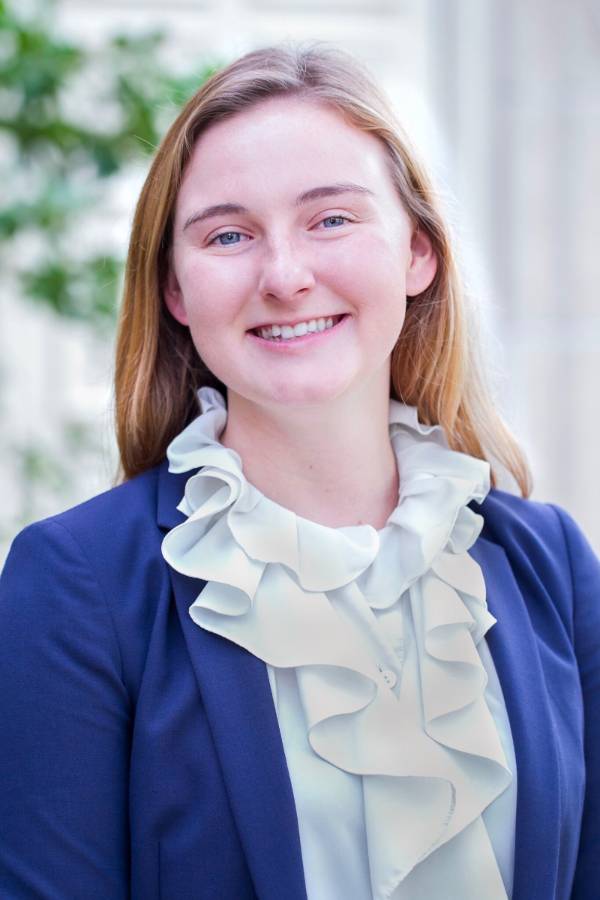 BATON ROUGE – LSU Honors College student and Stamps Scholar Brianna Robertson of Slidell, La., has been named a 2020 Barry M. Goldwater Scholar. She is a junior studying physics in the College of Science and computer engineering in the College of Engineering. Robertson secured one of the 482 scholarships, awarded from a pool of 1,300+ applicants, at over 460 institutions. She will receive a scholarship of up to $7,500 from the Barry Goldwater Scholarship Foundation to pursue undergraduate research in a STEM field.

“We are proud to have Brianna Robertson as part of our LSU family, and we congratulate her on being awarded a prestigious Goldwater Scholarship,” said LSU Interim President Tom Galligan. “We commend Brianna for her impressive academic and research achievements thus far at LSU, and we can’t wait to see where her continued work in STEM takes her in the future.”

Robertson’s research experience began during her freshman year, with a push from the Ogden Honors College where she was encouraged to participate in undergraduate research. In her sophomore year, her mentor, Jin-Woo Choi in the Division of Electrical and Computer Engineering, supported her involvement in his lab, and encouraged her to apply to an NSF International Research Experience for Students program in Seoul, South Korea.

In Seoul, Robertson worked in a cancer research laboratory where she crafted a project combining her interest in artificial intelligence with the need for smarter quantification processes for biological research.

While her upcoming research is not in the biological realm, she acknowledges that Choi’s lab group at LSU ultimately prepared her to step into stronger research roles, and the sum of those experiences led her to NASA.

Robertson was a spring 2020 Deep Learning intern at the NASA Glenn Research Center in Cleveland, where she worked on Space Communications using Artificial Intelligence. She has also been selected to intern at NASA Goddard Space Flight Center in Greenbelt, Md., this summer.

Robertson seeks to develop an end-to-end automated system using neural networks for the physical layer of telecommunications in software-defined radios, which will lead to better in-space communication.

“I want to work in space communications to ensure that our space missions are heard loud and clear, and my current position at NASA Glenn Research Center is contributing smarter algorithms in order to better communicate in space,” she said about her research.

“We are delighted that Bri was recognized by the Goldwater Foundation this year,” said Drew Lamonica Arms, director of fellowship advising. “Her research in signal processing and algorithm development, as well as her interest in applying deep learning to space communications, has allowed Bri to pursue highly competitive internships at Seoul National University and NASA.  She is poised to be at the forefront of AI research and development. Bri is an outstanding example of how far LSU undergraduate researchers can go to become leaders in their fields.”

After graduation, Robertson plans to pursue a Ph.D. in electrical engineering and perform industry-level research and development in space-related fields.

The Barry Goldwater Scholarship and Excellence in Education Foundation

Congress established the Barry Goldwater Scholarship in 1986 to honor Senator Barry Goldwater, who served his country for 56 years as a soldier and statesman, including 30 years in the U.S. Senate. The scholarship was designed to alleviate a critical, current and future shortage of highly qualified scientists, mathematicians and engineers.

The Ogden Honors College, established in 1992, is a vibrant, diverse and prestigious community located at the heart of LSU. The Ogden Honors College provides students with a curriculum of rigorous seminar classes, as well as opportunities for undergraduate research, culminating in the Honors Thesis. Its focus on community service, study abroad, internships and independent research helps today’s high-achieving students become tomorrow’s leaders.

The LSU College of Science is an international leader in scientific research and instruction, elevating LSU to the highest level of excellence among major research universities in the U.S. and abroad. The college consists of five academic departments including biological sciences, chemistry, geology & geophysics, mathematics, and physics & astronomy, and the LSU Museum of Natural Science. Seven major fields of study and more than 20 concentrations are available to LSU students interested in pursuing a science major at LSU. College of Science students make up nearly half of LSU’s top graduates. For more information on LSU’s College of Science, visit https://www.lsu.edu/science/.

Founded in 1908, the LSU College of Engineering offers 11 undergraduate degree programs and confers approximately 650 bachelor’s degrees per year, ranking it in the top 10 percent nationally for graduates. Faculty members engage in education, research, and commercialization with a strategic focus on research indigenous to Louisiana: energy, manufacturing, natural & built infrastructure, computation and biotechnology. For more information about LSU's College of Engineering visit https://www.lsu.edu/eng/.