(May 4, 2016) Twenty-six kindergarten students from the LSU Lab School visited the Department of Plant Pathology and Crop Physiology to learn more about Louisiana agriculture on April 28.

AgCenter “Plant Doctor” Raj Singh hosted the group, who he said knew a lot more about agriculture than he had anticipated.

“They said they came to learn more about Louisiana agriculture and how different plant pathogens make crops sick,” Singh said.

Singh was surprised at the amount of interest they showed in learning that plants can get sick too, and how plant pathologists help to keep them healthy.

“I was excited to learn how Louisiana farmers produce sugarcane, rice and cotton," said Jaanvi Singh.

"If there is more than one fungus then it's called a fungi," said Hudson Foy.

Even at their young age, they were able to identify the damage that lightning can do to a tree, Singh said.

"I can't believe that the tree by our school got struck by lightning,” Savannah Mitchell said. “It was near the new tree they planted to take its place." 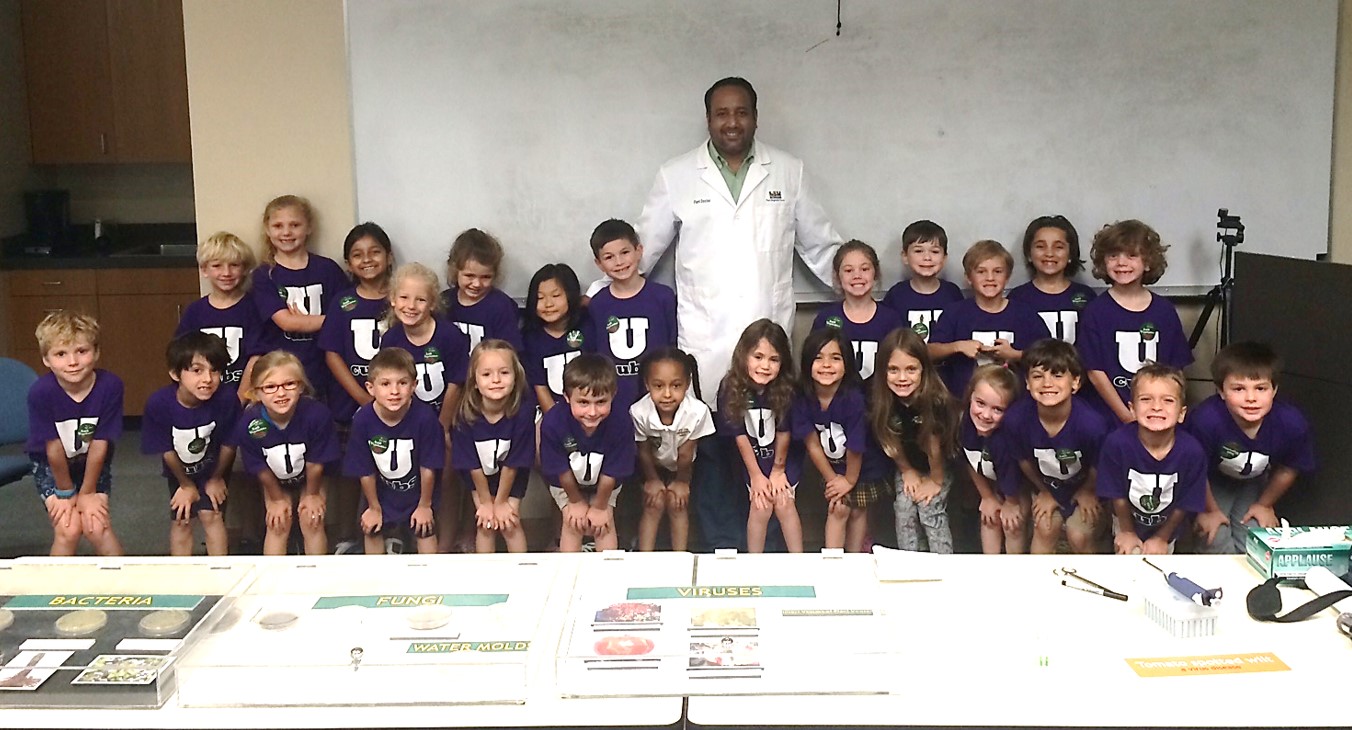