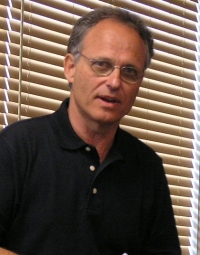 Dr. Schneider is indebted to his research associates, graduate and undergraduate students, postdoctoral researchers, visiting scientists, colleagues and collaborators who have contributed their creative energies and hard work to his research program.  He was honored to receive the Tipton Team Research Award twice in recent years.

His research program is centered primarily on soybean pathology with responsibility to provide short- and long-term disease control strategies for this important crop. Several diseases and control strategies and tactics are currently being investigated.  Most of Dr. Schneider’s research career has involved conducting fundamental research on applied problems with the ultimate goals of explaining disease occurrences and discovering solutions for recalcitrant disease situations in several crop species. These mission-oriented research projects have led to significant advances in our understanding of host:pathogen physiology and genetics as well as new strategies and tactics in cultural, chemical and biological control of plant diseases.  Below are brief summaries of some of these accomplishments.  Publications related to these topics can be found in Dr. Schneider’s curriculum vita.

Cercospora leaf blight of soybean, caused by Cercospora kikuchii, has been a minor disease, but in recent years it has become the most important disease in the state. Current research programs include evaluation of fungicides and times and rates of application for optimal disease control. A more basic thrust utilizes molecular techniques to examine phylogenetic relationships within the genus and to assess genetic diversity in populations of the pathogen in order to determine if new races or biotypes are arising.  Other studies include the effects foliar applications of specific minor elements on infection and disease development.  This project has yielded unexpected levels of disease control especially with iron applications.  Fundamental projects are currently in progress to determine the mechanism(s) involved with these effects.

Schneider’s group (Karol Elias, Monica Lear, Guohong Cai, James Correll, John Puhalla and others) was instrumental in the discovery, description and probable roles of vegetative compatibility groups (VCG’s) in Fusarium oxysporum andCercospora kikuchii.  These studies were later augmented by molecular analyses.  Briefly, by using specific mutants, he and his students and colleagues showed that these two important fungal pathogens undergo hyphal fusions and that genetic information is exchanged by this mechanism (parasexual recombination). They went on to document that there is very little genetic diversity within VCG’s in F. oxysporum and that there are very few VCG’s within formae speciales of this species.  These findings led to the conclusion that pathotypes (races) arise very slowly (approximately every 30 years) in this important pathogen, and breeding for disease resistant to new races offers a viable means of disease management.  In a very intensive study, he and his students and collaborators went on to show that new races arose from the existing population via mutation and selection rather than by genetic recombination.  On the other hand, his group showed that there is a large assortment of VCG’s in C. kikuchii, the soybean leaf blight pathogen, and genetic diversity among VCG’s is very extensive, which suggests that genetic recombination occurs in nature and that there is probably an extant sexual stage.  These findings explained why formerly resistant soybean varieties succumbed to the disease within a few years and why resistance in the pathogen to commonly used fungicides appears to be increasing at a rapid pace.  Schneider was recently awarded a grant from the United Soybean Board to investigate the genetic basis for this extreme level of genetic diversity and to determine the probable limits for the development of new pathotypes.  Given the extreme genetic plasticity of this pathogen, it is apparent that we must develop and evaluate novel means to manage Cercospora leaf blight in soybean.  It is for this reason that Schneider’s group is now heavily involved with exploring disease suppression with certain micronutrients, e.g. iron and aluminum.