Where Will Our Farmlands be in the Next Decade? 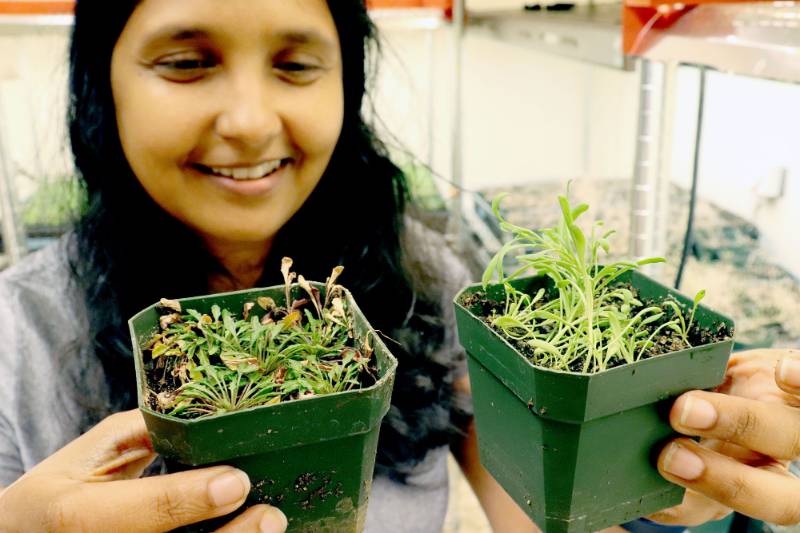 The global population is expected to extend well beyond nine billion by 2050, with most of the growth occurring in developing countries. Contrarily, global food production is struggling to keep up with demand, largely from the harsh effects of environmental destruction and poor agricultural practices.

Drought and salinity have long been major factors affecting crop production, and these abiotic, or physical, stressors have already increased so significantly in recent years that conventional agricultural practices and lands traditionally used for farming are likely to be abandoned.

“This is a global crisis. Not only will we not have enough food to meet demands, we won’t have enough good quality food, and we will not have the land or sufficient freshwater to grow the food,” said Maheshi Dassanayake, an associate professor of biological sciences in the College of Science.

In this collaborative project LSU scientists are partnering with scientists at University of Michigan to create maps of genes expressed at single-cell-scale, in addition to scientists from Ben-Gurion and Tel Aviv Universities in Israel to generate molecular tools to monitor plant stress from single cell to entire organism scale.

“All major crops are being challenged,” Dassanayake continued. “Every year in Louisiana, the rice production is going down because of salt water intrusion and drought among other environmental stressors. We are not capable of keeping up with the demand.”

In September of 2005, Louisiana rice farmers struggled with effects of Hurricane Rita’s storm surge, which drove salt water into the rice fields and pastures of south-central Louisiana. And as recently as July of this year, Hurricane Barry submerged fields of soybean and sugar cane, two of the state’s top agricultural products. 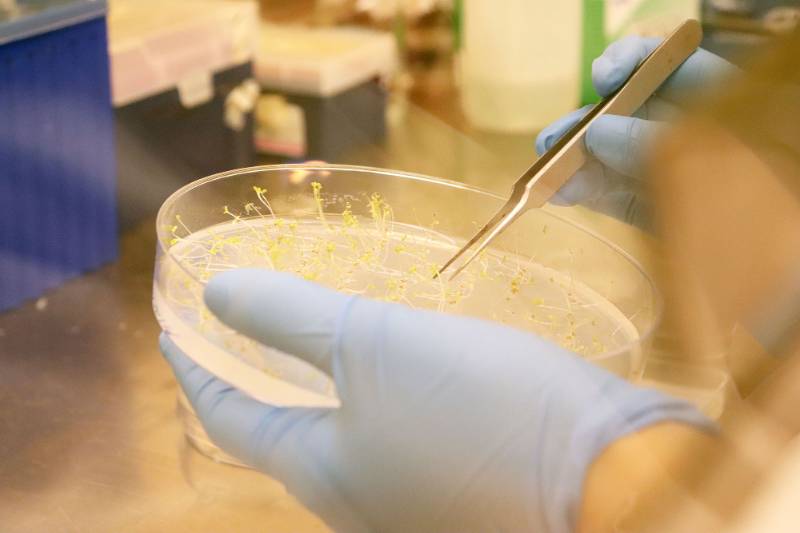 In order to potentially combat such issues in the coming years, the researchers are looking at plants known as extremophytes to learn how plants can survive in difficult environments. Extremophytes are plants unique in their biology, being able to withstand environments so intensely hot, cold, salty, acidic, alkaline, pressurized, dry, radioactive, or barren that conventional crops cannot be grown.

The researchers have narrowed the models down to two extremophytes: Schrenkiella parvula and Eutrema salsugineum. These two plants represent excellent models for understanding mechanisms of stress tolerance that may not be present in stress-sensitive species, including many of the current rice or soybean cultivars.

S. parvula is native to the Lake Tuz region—a direct translation being “Salt Lake”—, which is located in the arid Anatolian plateau in Turkey. It can thrive in soils that are similar to sea water strength in salinity. Salt stress is one of the most serious environmental stresses limiting crop production, and because of irrigation and climate crisis-driven salinization, there is a global rise in agricultural land lost to soil salinity.

E. salsugineum, or more commonly known as saltwater cresses, also typically grows in salty environments, but this plant is found in the subarctic regions and therefore can additionally withstand the frigid temperatures of the northern U.S., Canada, China, and Russia.

Beginning with the most basic aspect of the research, Larkin and University of Michigan collaborator John Schiefelbein are looking at what genes are expressed in different cells of the plants. “What makes cell types different is that not every gene is actually functioning in every cell type. Cell types are different because different genes are expressed, or in other words switched on, at any given time,” he said. 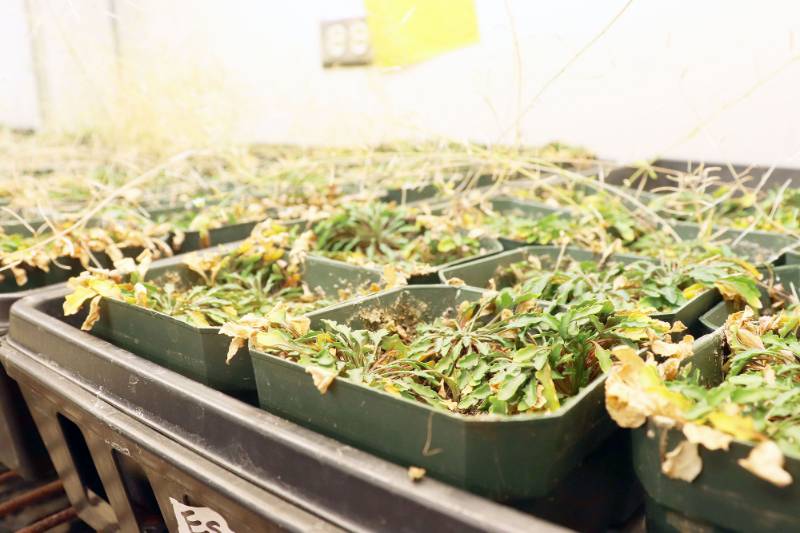 In the next step to understand how these genes function in using nutrients and surviving stressful conditions, Smith is focusing on where exactly nutrients, like calcium and phosphate get stored and transported inside the plant. He and Israeli collaborator, Simon Barak, are using biosensors, or engineered molecular tools, to detect plant stress and nutrient use.

“Not only will these biosensors allow for rapid quantification of the target molecule in live cells,” Smith said, “we will be able to detect these stress signaling networks at cellular scale through a change in fluorescence of biosensors.

Imagine taking a small seedling and looking at it under a fluorescent microscope,” he explained. “You can see exactly what cells have the fluorescence and how much phosphate is in each cell type.”

Understanding the movements of these elements means understanding what kinds of mechanisms within the plant need to kick in to tolerate abiotic stressors.

Oh then plans to build a suite of computational tools to store, organize, and analyze the data produced by the researchers in one central location. Researchers across the world will have access to the extremophytes’ genetic and physiological data, including genome sequences, gene structures, gene expressions, regulatory networks, and gene product information.

“All of the genetic information will be curated in this database,” said Oh. “Every researcher has a favorite set of genes they work with, and they can find it here out of the 25,000 genes or so.” In addition, Oh is also developing tools to trace how each of these 25,000 genes have evolved differently in extremophyte genomes, compared to those in other model and crop plants.
While the grant’s purpose is to support the building of the genomic tools, the researchers, like Dassanayake, said they can already see the potentials in their own research once finished.

“Millions of years of evolution have made these extremophytes real champions to survive harsh environments,” Dassanayake said, “and that’s what we need to tap into quickly. We need to be able to pick the genetic elements that we could use in our breeding programs to make our crops grow better.”