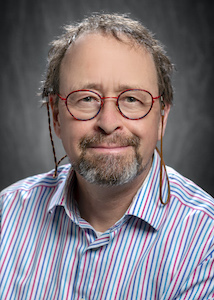 The award honors the exceptional research and scholarship of two LSU faculty each year from the Office of Research & Economic Development. Clift is joined by LSU Department of Sociology Professor Wesley Shrum as the 2021 honorees.

Since 1972, the Council on Research has presented the University-wide award of Distinguished Research Master in recognition of outstanding career accomplishments in research and scholarship. The recipient is chosen by the Council from nominees proposed from the University community.

“I want to offer my congratulations to Dr. Clift for being honored as an LSU distinguished master researcher. Our faculty continue to be world leaders in research and scholarship, and Dr. Clift is no exception,” said LSU College of Science Dean Cynthia Peterson.

Clift’s research focuses on the sedimentary and tectonic evolution of active and collisional plate margins, with a particular interest in the role that erosion and weathering have in controlling long term development of global climate and how South and Southeast Asia have influenced the climate system. Most recently, Clift presented his research, “Weathering of the Himalayas and its Impact on Global Climate,” at the 2021 American Geophysical Union Fall Meeting in New Orleans.

Clift grew up north of London, where he attended England’s oldest Catholic school. He earned both a BA and a MA in geology at the University of Oxford before moving to Edinburgh, Scotland, to complete his PhD, which focused on the geology of southern Greece.

Upon graduating, he stayed on at the University of Edinburgh as a postdoctoral research fellow but started working on marine geology, focusing on the Tonga area of the Southwest Pacific. In 1993, Clift moved to the U.S. to work for Texas A&M University on the operation of the drilling ship on which he has now sailed nine times.

Then in 1995, he moved to Woods Hole Oceanographic Institution in Cape Cod, Mass., where his research career switched to the geology of Asia, both onshore in the Himalayas and offshore in the South China and Arabian seas.

After moving to Aberdeen, Scotland, in 2004, he continued to focus on the evolution of the Asian monsoon and mountain building in Asia and built up strong links with universities in China and Vietnam, while spending a third of his time working at the Universität Bremen in Bremen, Germany.

In 2012, Clift was appointed as the Charles T. McCord Jr Chair in Petroleum Geology at LSU.

In addition to teaching and research, Clift serves as editor-in-chief for Geological Magazine, a 157-year-old journal that publishes original scientific research papers on geological topics, as well as attending to numerous other external service duties.