Where is Cancer Research Headed Next?

Research behind cancer treatments are not just about the development of a cure but about the person in need of the cure.

BATON ROUGE, LA—Since physical distancing was implemented to slow the spread of COVID-19, the importance of being connected has never been more apparent. And connecting with friends, peers, and colleagues via social and digital networks has required using the most expansive artificial network: the world wide web.

This “information superhighway” carries ideas, art, science, and commerce to every corner of the world and to different platforms, and to emphasize the importance of this, we often use language, like “information is the life blood of the digital economy.”

The word blood underscores how vitally important it is. In fact, it is hard to overstate the important role of blood flow in human health.  It carries oxygen and nutrients, disease and drugs, hormones, and immune cells. Blood leaks, such as trauma and strokes, can be fatal, as are some blockages in arteries. A wide spectrum of research aims to enable better treatments. 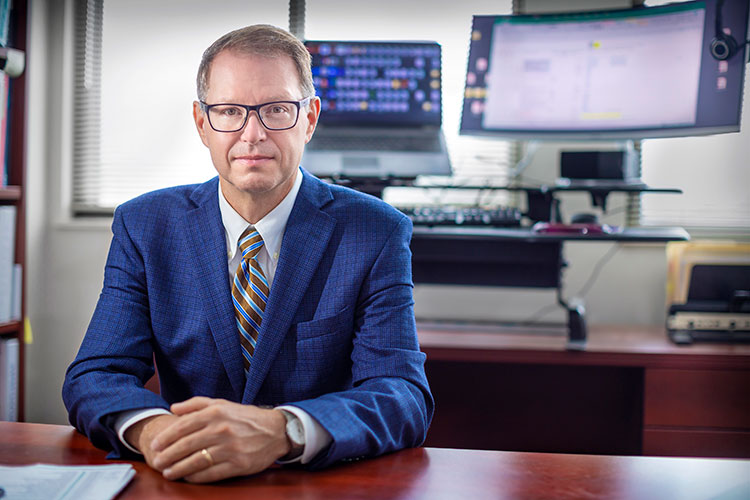 In some of his latest research, Dr. Wayne Newhauser, the LSU Department of Physics & Astronomy’s Dr. Charles M. Smith Chair in Medical Physics, along with LSU doctoral alumnus Will Donahue are the first to fully detail blood flow through any single organ or tissue through computational modeling.

“Blood flow—it’s fundamental to everything, to normal physiology, performance modulation, drug delivery, radiation side effects. We use blood in figurative language a lot. ‘Students are the lifeblood of a place,’ or ‘My house is a cash hemorrhage.’ Blood is clearly at the center of life. It carries oxygen, carries nutrients, carries drugs. If there’s a disruption, it can cause a fatal stroke, heart attack, or embolism,” Newhauser said.

“(Prior to this work,) no one had simulated the basic physics of blood flow through an entire human organ, if you can believe that. What people have done is model blood flow in complete detail in one cubic millimeter of an organ, and they’ve modeled blood flow throughout the entire body but with absolutely no detail of the smaller vessels.”

The human body contains approximately 20 billion individual blood vessels that deliver nutrients and oxygen to tissues. While blood flow is a well-developed field of research, no previous studies have calculated the blood flow rates through more than 5 million connected vessels.

Setting out to prove that this was computationally possible—with the assistance of LSU’s Center for Computation and Technologies—, the researchers designed and implemented a two-step computational algorithm to calculate the blood flow rates using principles of steady-state fluid dynamics, an accurate approximation for the microvascular and venous structures in the human body.

They were able to demonstrate that it is computationally feasible to calculate the blood flow rate through 17 billion vessels in 6.5 hours using 256 compute nodes.

“It was hard, but that’s the beautiful thing about the era that we’re in…what’s really hard today, the computing technology is going to turn that into duck soup tomorrow, so we were the first to get there,” Newhauser said.

But what are the larger implications of this development?

What often happens is medical treatments can assist in curing a patient of their ailments, but sometimes those same treatments can create other potentially long-lasting—terminal, in some cases—issues. For example, radiation therapy thins tumor blood vessels, reducing the amount of oxygen and nutrients delivered and effectively causing the tumor to starve. However, approximately five to 25 percent of patients are affected with radiation necrosis, a possibly fatal side-effect linked with radiation-induced vascular injury.

This newly developed computational modeling of blood flow rate in entire organisms may assist in research on drug delivery, treatments of cancer metastases, and changes of physiological performance. With the example of radiation, physicians could more confidently focus on sterilizing tumors, while simultaneously sparing surrounding healthy tissues, which will lead to longer survival and better quality of life.

For Newhauser, finding methods that limit collateral health damage to patients post-medical treatments has been a driving force in his scientific career.

“We’re always trying to be aggressive in terms of treating the cancer but being conservative and gentle on the patient, so they don’t have a lot of serious consequences from the treatment.

“Everybody loves talking about the war on cancer, but few are keen to talk about the collateral damage from friendly fire, so most of my career has been devoted to trying to reduce the harmful effects in healthy tissues.”

This specific project organically grew from a family loss-turned-life-changing-endeavor. 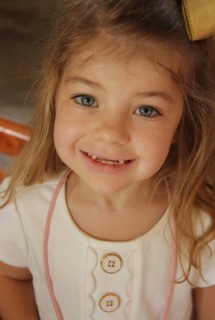 On New Year’s Day in 2011, Trey and Kim Bowman, of the Bella Bowman Foundation in Baton Rouge, were told their seven-year-old daughter, Bella, had been diagnosed with an

A successful surgery succeeded the discovery of the tumor, and Bella moved forward with her treatment. However, eight months after receiving proton radiation treatment, Bella developed what is known as brain stem radiation necrosis, a rare side effect from the radiation she had received.

Though there are no known treatments for radiation necrosis, the Bowmans opted to begin hyperbaric oxygen treatment, a type of treatment used to speed up healing in tissues starved for oxygen. After more than 60 rounds, Bella showed signs of regression rather than improvement.

“She started showing signs of breathing issues, so we made the decision to put her on a tube. (After the tube was eventually removed), she lived for 10 days. She couldn’t walk or talk, but she was completely aware,” said Trey Bowman.

“Those last 10 days, they were probably the most heroic days of her life because she taught so many people so much. She began to teach us in those moments, rather than us teaching her. Those were powerful days for her.”

It was the outcry and support from the community following Bella’s passing that catapulted the Bowmans’ decision to start a foundation in their daughter’s name. When a team was formed, the foundation’s board decided it wanted to focus on three components: 1) to fund research, 2) to provide continuing education around pediatric brain cancer, and 3) to supply comfort care to the children and families faced with similar circumstances.

“With the research, we wanted to explore what the sensitive topic to us was, which was radiation necrosis. First, it was like, what even is this? What’s being done about it? The treatment plans these kids get…is it because of their age, weight? What goes into the treatment planning process? 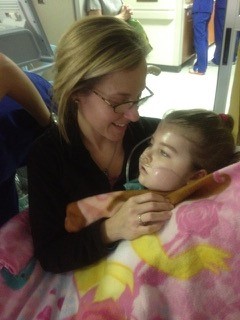 “And I wanted to find someone who was as passionate about this and who wanted to draw more visibility to this research, and I had a eureka moment.” Drawn to an article that popped up in his email, Trey Bowman read the subject line that included, “proton radiation” and “Wayne Newhauser.”

“Turns out the person I was searching for was two exits down the interstate from my house,” he said.

Following an impactful conversation, the Bowman Foundation formulated some ideas with Newhauser, and a collaboration was born. The foundation has since supplied Newhauser and his students with funding needed not only to complete this specific research project, but other projects that have created foundations for future researchers to thrive and solve similar problems.

“We accept the fact that it takes a lot of research to be impactful and to change medicine,” Bowman said. “We know we aren’t going to immediately be able to make change, so what’s been rewarding is being able to see how our sponsorship or our participation has not just been to write a check. It’s truly been able to have an impact not only in science, but personally for students to define and crystallize their career paths. We will never be able to see that with our own child.

“And we’ve always said if we can be impactful to change the outcome of one child’s treatment plan or radiation therapy, we say mission accomplished.”