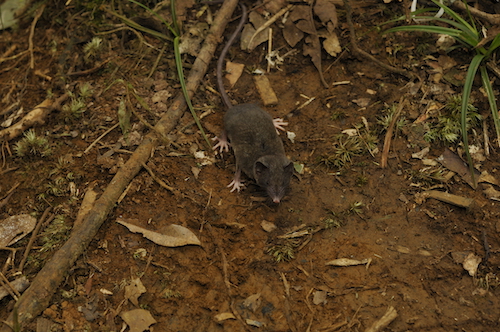 Crocidura pallida, one of the 14 species discovered by Jake Esselstyn and his team.

BATON ROUGE—Researchers recently made a major discovery ­­– 14 new species of shrews, which is the largest number of new mammals described in a scientific paper since 1931. After a decade-long journey taking inventory of Indonesian shrews living on the island of Sulawesi, a group of scientists led by LSU mammalogist Jake Esselstyn has identified 14 new endemic species.

The findings are detailed in the recently published paper, “Fourteen New, Endemic Species of Shrew (Genus Crocidura) from Sulawesi Reveal a Spectacular Island Radiation,” in a new issue of the Bulletin of the American Museum of Natural History.

“It’s an exciting discovery, but was frustrating at times,” said Esselstyn, curator of mammals at the LSU Museum of Natural Science and associate professor in the Department of Biological Sciences. “Usually, we discover one new species at a time, and there is a big thrill that comes from it. But in this case, it was overwhelming because for the first several years, we couldn’t figure out how many species there were.”

A clearer picture began to emerge once the research team examined an extensive collection of genetic and morphological data from new specimens they collected between 2010 and 2018, combined with old specimens collected in 1916. In total, the group examined nearly 1,400 specimens, and they recognized 21 species on Sulawesi, including the 14 new species. The known diversity of shrews on Sulawesi is now three times more than is known from any other island. 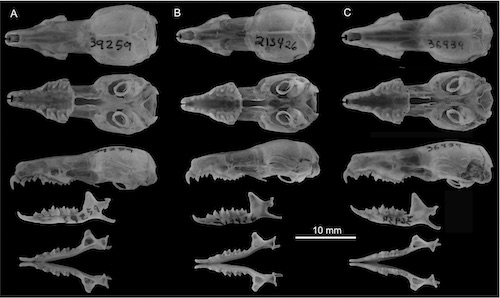 Shrews are a diverse group of mammals—461 species have been identified so far—and they have a nearly global distribution. These small insectivorous animals are closer relatives to hedgehogs and moles than to any other mammals.

This discovery is a major milestone in Esselstyn’s research. He first became interested in testing ecological and evolutionary hypotheses that might explain shrew diversity in Indonesia when he was a graduate student at the University of Kansas. After finishing his degree, Esselstyn and Achmadi began capturing shrews on the island in 2010, and they soon realized there were too many undocumented species to test those ideas.

Now that he feels he has a handle on the shrew diversity of the island, Esselstyn is interested in exploring the geographic, geological, and biological factors that have contributed to Sulawesi’s extraordinary biodiversity.

“Taxonomy serves as the foundation of so much biological research and conservation effort. When we don’t know how many species there are or where they live, our capacity to understand and preserve life is severely limited. It’s essential that we document and name that diversity,” Esselstyn said.

“If we can make discoveries of this many new species in relatively well-known groups like mammals, imagine what the undocumented diversity is like in less conspicuous organisms,” he added.