Was There Ancient Life on Mars? 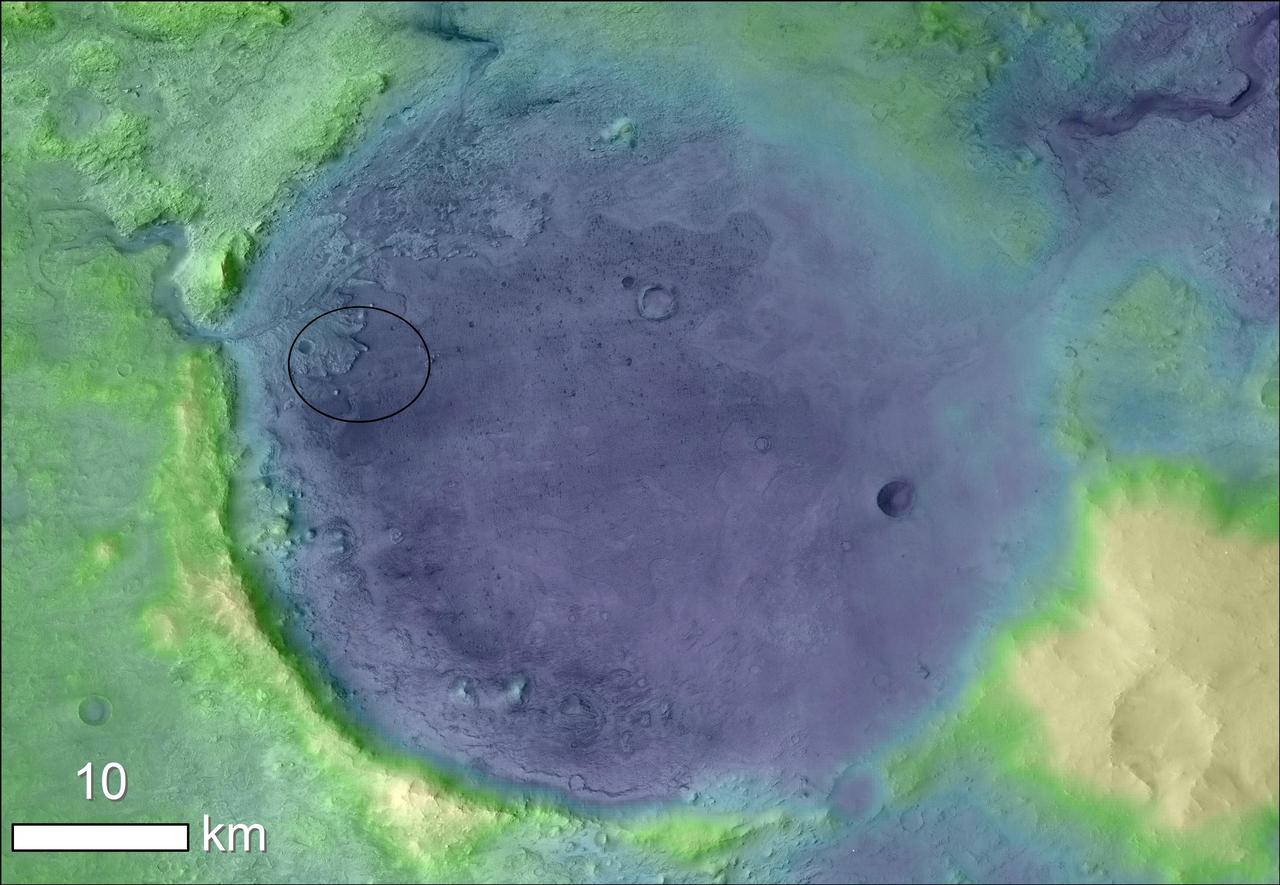 BATON ROUGE –Over the past two decades, missions flown by NASA’s Mars Exploration Program have shown that Mars was once a different planet from the cold, dry landscape it appears to be today.

This summer, NASA plans to launch its Mars 2020 rover, which will spend at least two Earth years exploring an ancient river delta in a lake that once filled Jezero Crater, gathering rock and soil samples, and seeking signs of ancient life. The $10 billion Mars 2020 mission will be the first to collect samples to return to Earth from another planet.

While the space program has its sights set on Jezero, recent LSU College of Science graduate Connor Matherne discovered benefits of an alternative location, which he published in Icarus, an international journal of solar system studies.

“The fundamental question of how life came to exist on Earth is, in my mind, the largest question out there for our planet. Is it a natural phenomenon that happens after so much time given the right conditions? Is it a very small chance? If we did find it, is it the same type of life found here on Earth, or a version of life we didn’t even know could exist?

“These are questions that everyone wants to know the answer to, not just scientists stuck in a lab. That makes this project inherently unique, with implications for every living thing on Earth.”

In his paper, “Multistage ice-damming of volcanic flows and fluvial systems in Northeast Syrtis Major,” Matherne details what makes Jezero’s rivers, deltas, and lakes interesting is that it was formed in the shadow of Syrtis Major, a giant and active volcano.

“One of the biggest issues in ancient Mars is the global ocean hypothesis,” Matherne said. “The hypothesis is that Mars was once covered in a gigantic volume of water, mostly in the northern hemisphere.

“An equivalent hypothesis, though, is that Mars was covered in giant sheets of ice, not liquid water. The study area we looked at specifically appears to show an area where a volcanic flow from the nearby volcano encountered one of these giant ice sheets.”

Matherne and his colleagues used regional geomorphology— the study of the physical features on a planet’s surface and their relation to any geological structures—to derive a timeline for the Northeast Syrtis-Jezero region, which could be tested by the Mars 2020 mission.

According to the researchers, south of the region is defined by the Syrtis Major volcano, but before this erupted, the Jezero region would have been covered by a large sheet of ice. As Syrtis Major erupted, the lava flows traveled downslope until they contacted the ice sheet, forming the cliffs we see today.

The collaborative research shows this was literally a time of ice and fire.

Deltas are good at preserving biosignatures, and deltaic sediment, which turned to rocks over billions of years, may well contain a record of life on Mars.

Planetary scientists wager that this landscape once hosted life, perhaps as single-celled bacteria living in the lake or the shallow ground. Snow, water and erosion would have transferred signatures of that life, preserved subsequently in the delta and lake deposits of Jezero, for Mars 2020 to find, collect and return to Earth.

“If life existed on Mars in the past, it would have most likely existed much earlier in its history when the planet was warmer with abundant water,” Matherne said. “If your goal is to look for ancient traces of life, Jezero is the metaphorical pile of hay in which you would look for the needle.”