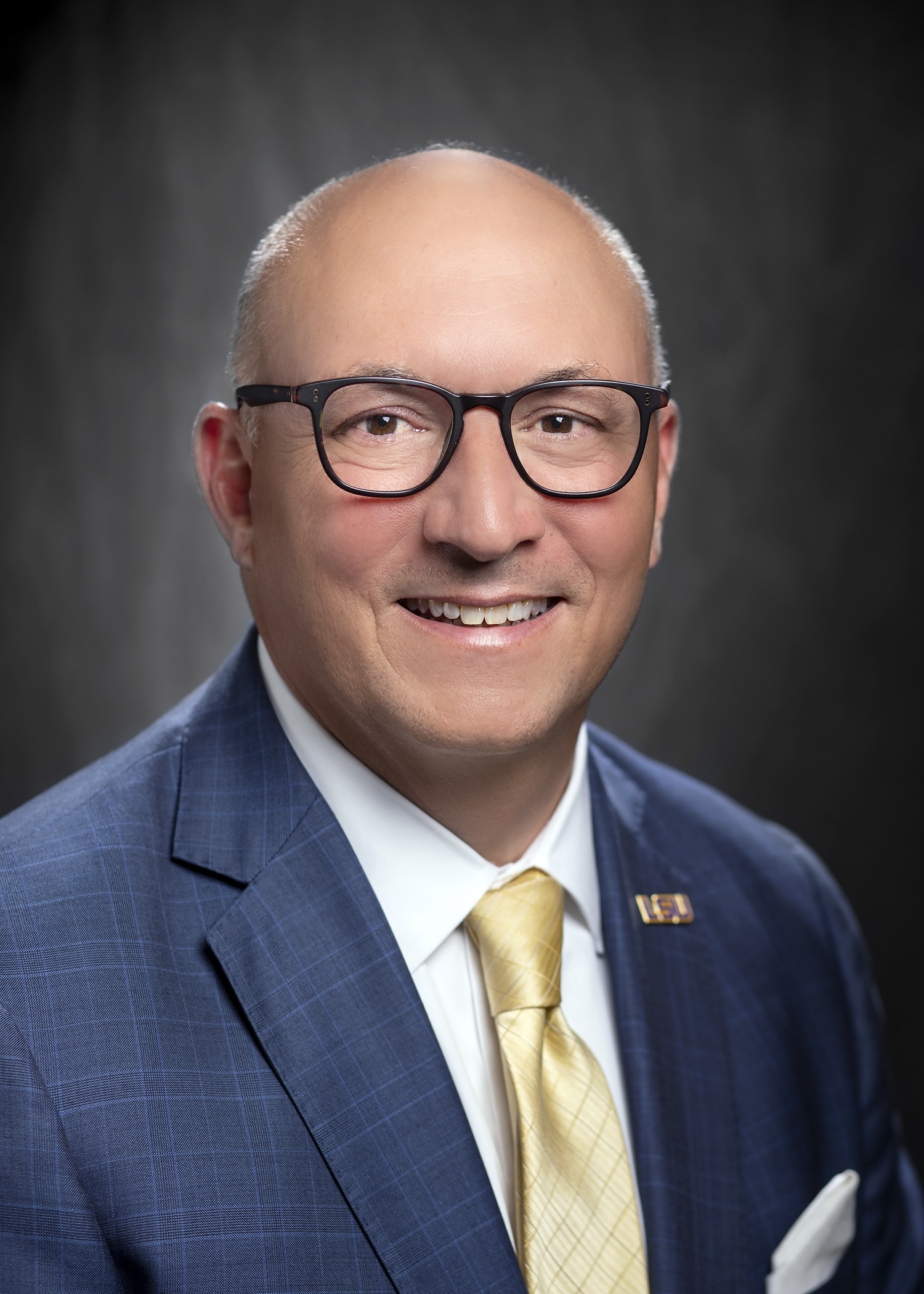 07/08/2021
BATON ROUGE – LSU President William Tate IV has named Matt Lee, who served as vice provost for academic programs and support services, as interim executive vice president and provost. Lee replaces Stacia Haynie, who stepped down from her administrative position to return to faculty in the College of Humanities & Social Sciences.

“It is an extraordinary privilege to serve as the interim executive vice president and provost of my alma mater, LSU. I look forward to serving the students, faculty and staff of our great institution as we work under the leadership of President Tate to continue elevating the impact and stature of the University” Lee said.

The executive vice president and provost serves as the chief academic affairs officer for the LSU Board of Supervisors and all of its campuses and institutions, and serves as the provost for the LSU campus. At the flagship campus, the executive vice president and provost is the chief operating officer, acts as the chief administrative officer in the absence of the president, and oversees all instruction, student support, enrollment management and research.

The executive vice president and provost also has responsibilities to support and facilitate the academic enterprise at the other LSU campuses. Other responsibilities include the articulation of an academic vision, leadership in academic strategic planning, and the development and administration of academic budgets.

Lee is a criminologist and public health scholar who received an Associate’s degree from Dutchess Community College in 1992, a bachelor’s degree in sociology and philosophy from the State University of New York at New Paltz in 1994, and master’s and Ph.D. degrees in  sociology from LSU in 1996 and 1999 respectively. He has also attended the Institute for Management and Leadership in Education at Harvard University in 2012.

Lee is a professor of sociology, has been elected to several scholarly honor societies, and in both 2008 and 2009, he was named an LSU Rainmaker – given each year to faculty who show outstanding research, scholarship and creative activity for their respective ranks and discipline. The awards recognize both sustained and continuing work, as well as the impact that work has had on the faculty members, their department and their academic community.

Lee’s research and teaching interests are in the broad areas of criminal violence and public health. He has written or co-authored more than 60 peer reviewed scholarly journal articles along with dozens of other publications, and has been awarded millions of dollars in grants from the National Science Foundation and other prestigious grantmaking organizations.