05/10/2021
BATON ROUGE - During the Humanities & Social Sciences graduation ceremony on Friday, May 7, the Sean O’Keefe Leadership Award was presented to Hannah Barrios, a political science and English major from Pollock, La. 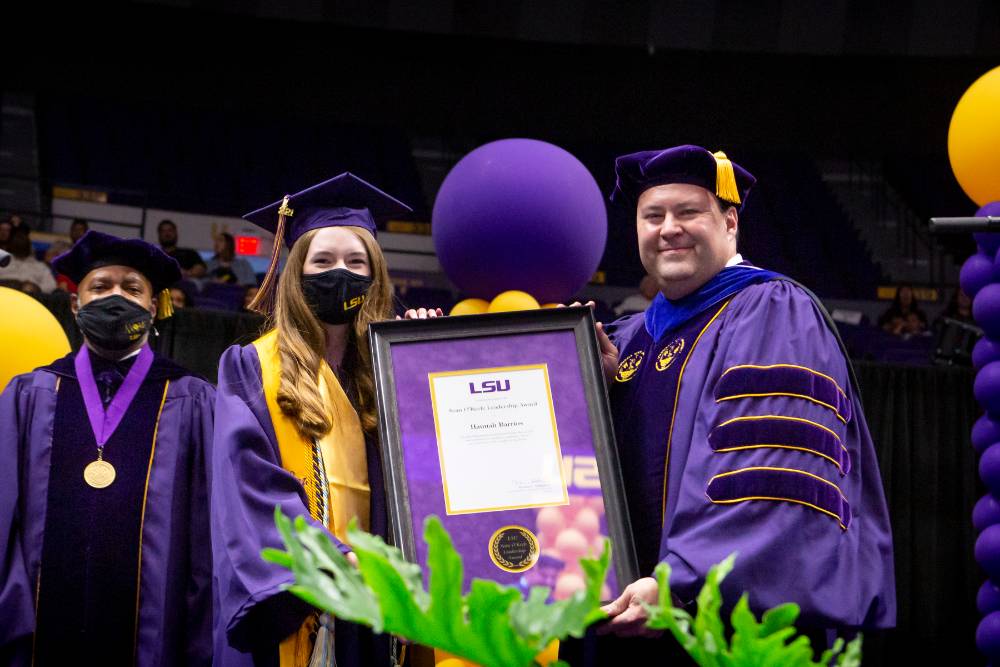 “Hannah is an incredible student and impactful leader who is passionate about improving LSU and the experience of all her fellow students on our campus,” said LSU President Tom Galligan. “I have been honored to work alongside Hannah on some of the many important initiatives she is actively involved in and she is most deserving of this great honor.”

Barrios most recently served as LSU Student Body vice president, and has been a member of student government since her freshman year. During her time at LSU, she has held other leadership roles on campus, for LSU Ambassadors and her sorority, Delta Delta Delta. For her sorority, she served as the Junior and Senior PHC Delegate, where she represented her chapter to the Panhellenic Council and Greek community. She said through her role as an Orientation Leader, she helped new students discover their home at LSU.

About Sean O’Keefe
O’Keefe is a longtime public administrator, national security expert and aerospace industry executive who has served in several top leadership positions in the U.S. government, higher education and industry.