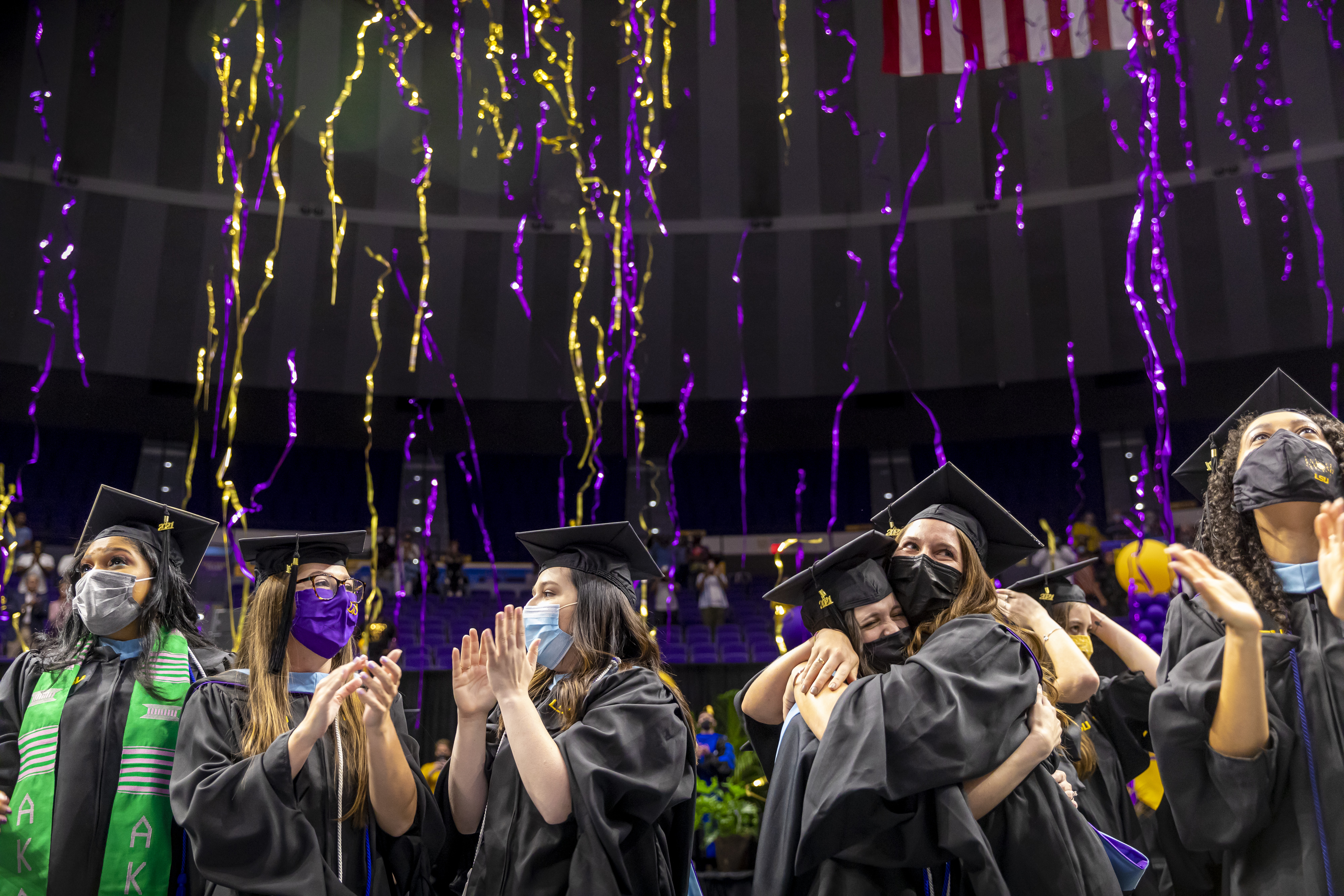 “The celebration of our amazing LSU 2021 graduates at today’s commencement exercises was a wonderful culmination of a challenging academic year, during which our graduates simply would not allow any disruptions to deter them from achieving their goal and earning their degrees,” said LSU President Tom Galligan. “I’m incredibly proud of the LSU Class of 2021, I wish all of our graduates the very best, and I know they are going to do some truly amazing things in the years ahead.”

LSU’s May 2021 graduating class represents 58 Louisiana parishes, 49 U.S. states and 48 foreign countries. Women made up 57.96 percent of the class, and men made up 42.04 percent. The oldest graduate is 69, and the youngest is 17 – Baton Rouge native Faith Corinna Smith, who graduated with a bachelor’s degree in biological sciences, is the second youngest student ever to be awarded an undergraduate degree at LSU. 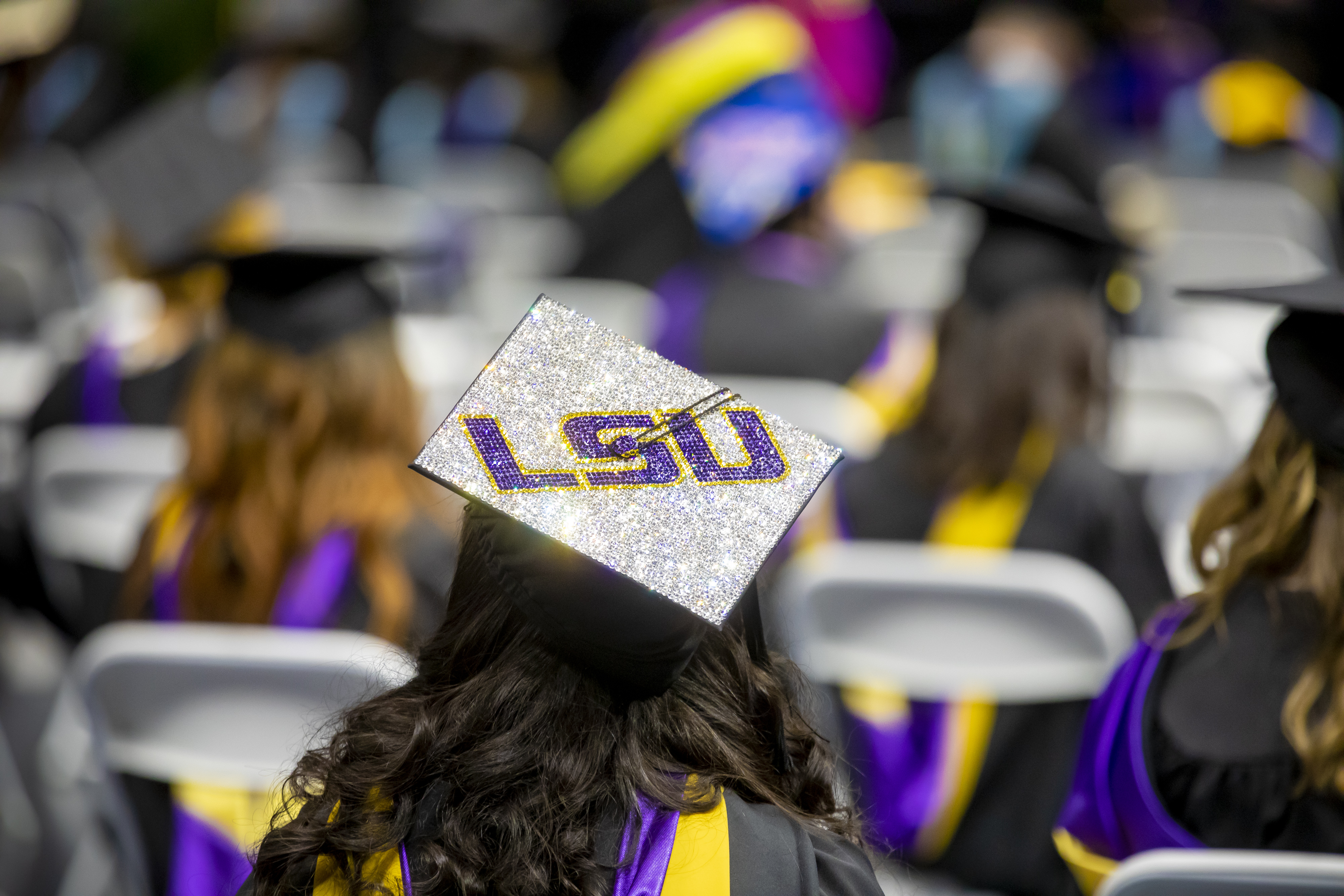 The 741 master’s degrees awarded this spring is an LSU record. The 4,094 total graduates rank the spring class as the fifth largest ever at LSU. Spring 2021 saw 153 STEM doctoral degrees awarded, which the most awarded in a spring commencement.

More than 500 students graduated with honors, including 58 students who received the University Medal for graduating with the highest undergraduate grade-point average in the class.

There was no main ceremony for the spring 2021 commencement exercises. Instead, LSU’s colleges held ceremonies at venues across campus, where graduates received their diplomas. All diploma ceremonies were live-streamed and are available online at https://www.lsu.edu/celebration/.

“Today, you join 200,000 LSU alumni worldwide joining forces in a tradition of true excellence,” said Dean Roland Mitchell during the College of Human Sciences & Education diploma ceremony. “I challenge you to make a difference. Never forget where you come from and never forget those who have helped you along the way.”

Graduates from the LSU College of the Coast & Environment were charged with helping the state and nation to solve some of the biggest challenges being faced in the area of coastal erosion and environmental concerns.

“I have no doubt that today's graduates will make a difference as we work to collectively improve the coast and environmental conditions in Louisiana and beyond,” said Chris D’Elia, dean of the LSU College of the Coast & Environment.

In addition,  members of the Class of 2020, who would like to participate in an in-person ceremony, will be welcomed back to campus to attend ceremonies on Friday, May 14.

Media Note: Lists of graduates and honor graduates are posted on LSU’s commencement website, www.lsu.edu/commencement. The lists include graduates who have authorized the release of their names.