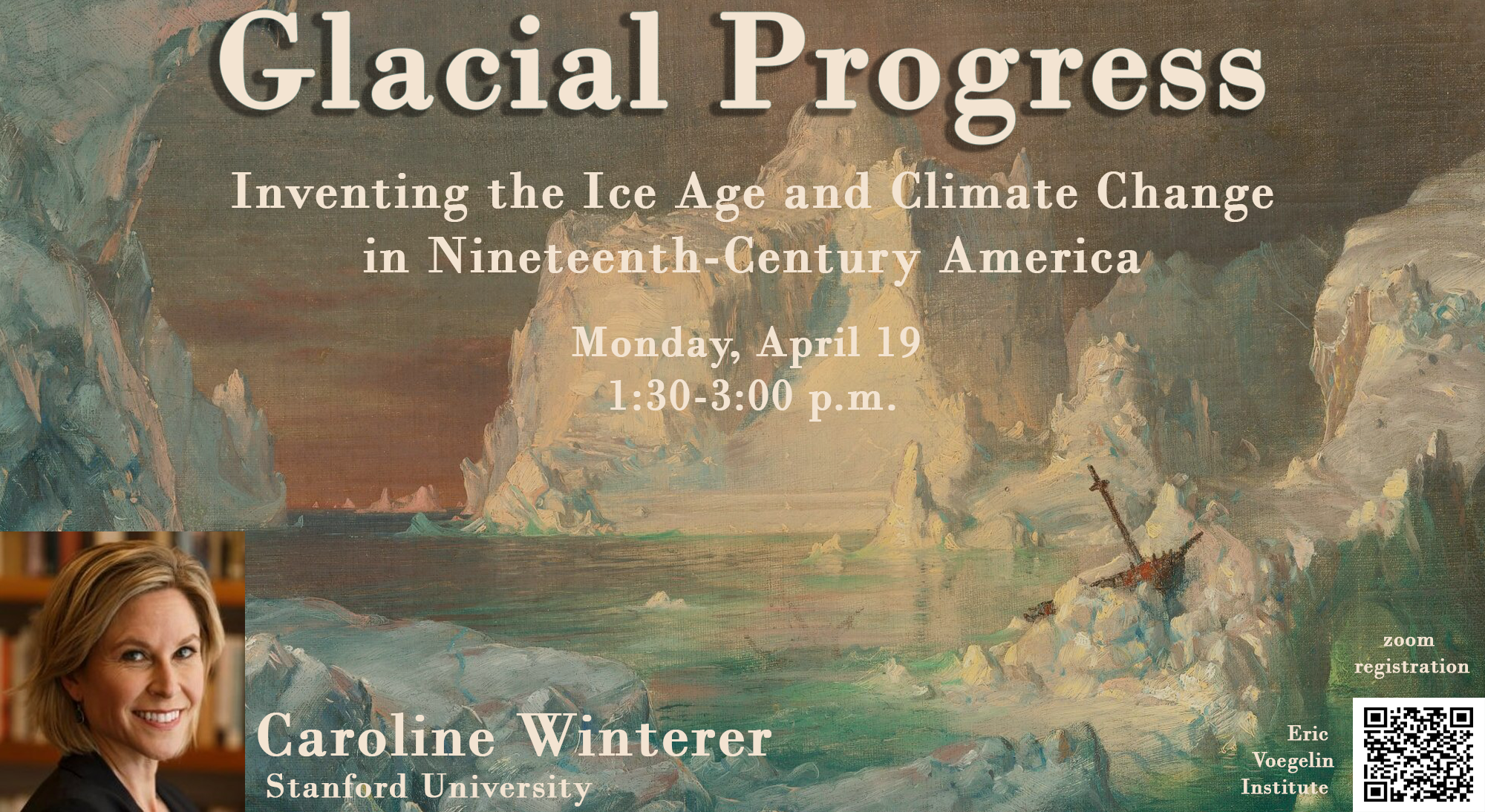 04/07/2021
BATON ROUGE – Professor Caroline Winterer of Stanford University will be delivering a lecture on “Glacial Progress: Inventing the Ice Age and Climate Change in Nineteenth-Century America” on Monday, April 19, from 1:30-3 p.m. via Zoom. The lecture, which is free and open to the public, will be hosted by Boyd Professor Suzanne Marchand and is sponsored by the Eric Voegelin Institute. Please visit the events page of the Voegelin Institute to register for this event.

Winterer is the William Robertson Coe Professor of History and American Studies and, by courtesy, of Classics and of Education at Stanford University. She received her education from Pomona College and the University of Michigan. The recipient of an American Ingenuity Award from the Smithsonian Institution, she has mapped the social network of Benjamin Franklin. Winterer has authored five books, recently including “Time in Maps: From the Age of Discovery to Our Digital Era” and is currently writing a book on the history of deep time in America to be published by Princeton University Press.

At Stanford, she teaches classes on American cultural and intellectual history, the American Enlightenment, the history of science, and the trans-Atlantic contexts of American thought.  She served as director of Stanford's Humanities Center for six years (2013-19) and is now serving as chair of the History Department.

“Caroline Winterer is the author of three important, innovative, and beautifully written books that treat the cultural and intellectual history of the United States in the eighteenth and nineteenth centuries,” said Professor Marchand.  “Her new work on nineteenth-century American attempts to grapple with deep time—in the form of fossils, glaciers, and dinosaurs—uncovers a fascinating and largely unknown prehistory of the great twentieth-century debates about Darwinism, religion, and science.”

The Eric Voegelin Institute, named for one of LSU’s original Boyd Professors and a scholar of international recognition and acclaim, is located in the Department of Political Science at LSU. It is a humanities and social sciences research institute dedicated to exploring the ideas and questions that animated Eric Voegelin’s thought.  The Voegelin Institute’s primary activities involve scholarship, lectures, and conferences centered around the revitalization of teaching and understanding the great works of civilization.